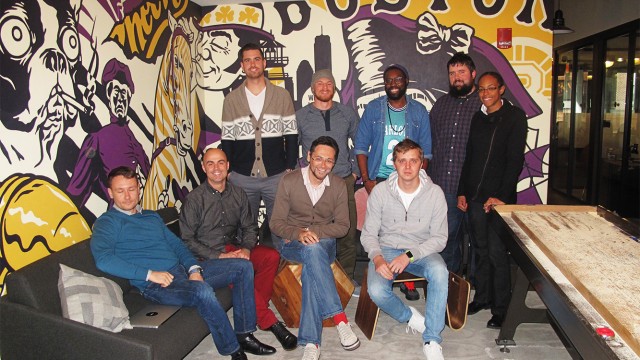 he reception room favors geometric shapes and bright colors. Dozens of people are scattered around the open space, sitting at laptops on the high-rise tables or working in groups on benches around the coffee bar. The shared office space at 745 Atlantic Ave. must host hundreds of different companies, and everyone in the reception room is just waiting for a meeting to start. Coming from another floor, Roman Levitskiy enters the room and shakes my hand. Before we head up to his office, another waiting patron approaches him. The man is also expecting a meeting with Fasten. Levitskiy directs him to a different floor.

The ride-sharing app Fasten launched four weeks ago, and what developers Kirill Evdakov, Vlad Christoff, and Levitskiy have been most surprised about the enthusiasm with which the startup has been welcomed. “We didn’t know how hungry the market was,” Christoff said after explaining that the company spent next to zero dollars on marketing.

Boston is the first city to host Fasten. The developers attributed the appeal of the city to its cold weather, lack of automobile owners, and large amount of college students on a budget. Evdakov noted that Boston is a great place for Fasten, as opposed to over-priced and overcrowded San Francisco, for example, because now most new tech companies start in Beantown before they expand to the West Coast.

From a practical view, the application of the service is not much different from its competitors, Uber and Lyft. One of the main differences, Levitskiy noted, is the metered fare that can be viewed in real time, similar to a taxi. The founders admitted, however, that the technology is not revolutionary. “We’re not trying to show you a whole new experience,” Evdakov said.

Instead of dramatically changing the software, Fasten seeks to change the way ride-sharing companies are managed—not from a technological standpoint, but on a customer service level. “We don’t look at it as a technology,” Christoff said. “Yes, the technology makes the connection. But here today, it’s a human driver, in their own car, with a human passenger. It doesn’t get any more human than that.”

Fasten’s main goal is to offer the customer cheaper rides, while allowing drivers to earn more money. The Fasten team believes the solution is simple. “We keep less for ourselves,” Evdakov said.

The concept can be viewed as a chain of customers—the riders are the drivers’ customers, and the drivers are the company’s customers. Fasten views the treatment of its drivers equally as important to the success of the business as it does the happiness of the actual riders.

“We make a connection,” Christoff said. “We put the rider in that driver’s seat. But, it’s that driver’s vehicle. They provide the service. They pay all the expenses associated with it … So it’s only fair that the driver makes his or her fair share that is proportional to what they do.”

The company’s ideology is centered around giving users and drivers more control. The app’s metered-fare in real time, as well as one’s accessibility to delete items from his or her ride history, are both testaments to Fasten’s goal.

Fasten also criticized Uber for its use of surge charging. “The company makes more money off of providing a worse service,” Evdakov said.

Instead of automatically increasing prices for customers who are in an area that demands more drivers than the company can supply, Fasten gives riders an option to wait for the supply of drivers to increase, or pay slightly more to broaden the surrounding area from which the request will pull from. “You have all the control,” Levitskiy said.

he man who approached Levitskiy in the reception room was a prospective Fasten driver, eager to sign up. The three developers later tell me about the line of drivers that develops outside the Fasten office on most mornings, and the call Levitskiy received one Friday from a group of six drivers insisting on starting work that Saturday, despite his push to meet them on Monday during business hours. “For four years, nobody knew how unhappy [the drivers] were … now everybody gets a choice,” Christoff said. 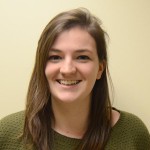