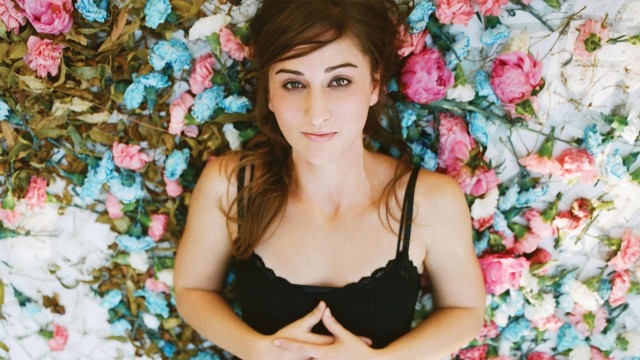 Where do you look for the next great musical these days?

Perhaps you should take a look at What’s Inside: Songs from Waitress, Sara Bareilles’ original score to her recent musical exploit, Waitress, based on the 2007 comedy-drama film of the same name about a pie-making waitress and her tumultuous love life. What more could you want from her fifth studio album?

For Bareilles, known for both her bold, personal songs, What’s Inside represents a natural evolution of her previous work. While the album reveals her stunning vocal range, it’s also a chance to work with broad and intimate themes in a range of emotions and complexities. It concerns love and personal criticism holistically, the subject of the songs evolving from carefreeness to insecurity and resilience again.

Do those themes sound familiar? They should, if you can recall her 2013 single “Brave” or her original hit “Love Song” from 2007, which represent, respectively, a triumph over personal insecurity and an empowered response to her rebuffing a romance.

The set opens with its titular track, “What’s Inside,” a soft-voiced meditation over the main character’s pies where she lists her ingredients methodically. The album’s structure, to match its original musical, actually helps to convey some of her recurrent musical and lyric motifs, like this opening list of “sugar, butter, flour.” The same theme in the final track brings the album to a circular close.

To contrast the album opener, most of the album has a powerful, upbeat feel. “Opening Up,” about the start of the restaurant day, sounds like a jaunty ’50s jukebox jam. Perhaps as a nod to this nostalgia, Bareilles croons, “It’s comforting how some things never change,” with “never change” echoing for several lines after.

You likely remember Bareilles for her driving, powerful beats in “King of Anything” and recent hit “Brave,” but her new album explores an array of unconventional backbeats and piano movements. “Door Number Three” and “When He Sees Me,” the next songs on the album, use unexpected chords, piano harmony, and even musical count. “Never Ever Getting Rid of Me,” what I consider one of the most inventive songs of the album, uses its piano to convey a jazzy, rhythmic feel, and “Bad Idea” with Jason Mraz even turns a little arrhythmic over its waltz timing. Bareilles explores the full power of her instrument of choice.

Some of the tracks, however, instead echo the forms of her earlier work. “I Didn’t Plan It” has a lot of the same riffs as “Love Song.” “She Used to Be Mine,” the album’s lead single, has the same message and instruments as 2013 single “Brave.”

Motifs from Bareilles’ 2009 single “Gravity” especially figure into her score. “You Matter to Me,” also featuring Jason Mraz, features an acoustic piano waltz paired with sparse violin accents and “Gravity’s” musical pattern, with a large musical break after the bridge, although Mraz and Bareilles’ two-part overlapping chorus makes the former song less lonely than the latter. “Everything Changes” also has some of the same note sequences as “Gravity,” but they are endowed with a newer, more hopeful context.

What’s Inside: Songs from Waitress is an interesting next step for Bareilles. It does not mark her transition into pure theater work but rather that her music and original themes can be used pretty ubiquitously and contextualized in new ways. But more importantly, the emergence of new themes, instruments, and experimental musical sequences in her work shows her capacity for change and that still, after four albums, her originality has not run out. 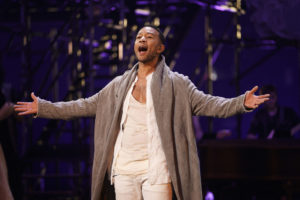