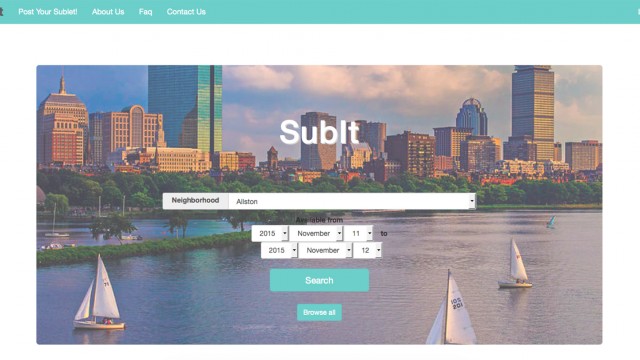 When Mara Onita Lenco received a text from a subletter saying, “My mother hasn’t loaded enough money on my card. I’ll pay the rent soon,” she knew there had to be a better option. With nearly 250,000 students flooding the streets of Boston each year, Joanna Kimszal and Onita Lenco saw an opportunity to change the way young adults enter the housing market.

Randomly paired as roommates in Warren Tower at Boston University freshman year, Onita Lenco and Kimszal were sheltered from the challenges of subletting until the summer after their sophomore year, when they both moved off campus, and where they remained every subsequent summer. After cycling through unresponsive landlords, shady Craigslist listings, and questionable money transfers, both recognized the need for an effective platform to make housing a safe and smooth process.

“Mara brought up the idea that maybe we should create a website that will help us sublet since we couldn’t find anything out there, and it simply took off,” Kimszal said. “We both have personalities which are very open to new ideas, and that’s what makes us such a great team.”

The girls drew from personal experiences and the stories of others to shape their idea. They were inspired by a personal struggle of a close friend who had just moved to Boston from Morocco for an internship and was struggling to find a comfortable living situation for the summer. After using Craigslist to sublet a room, their friend ended up in a home filled with people of all ages and backgrounds and was robbed multiple times. Onita Lenco and Kimszal became driven to not only create a website for students, but to also build a safe network and community to prevent situations like this from occurring.

“Boston is such an amazing city, and we want students to feel comfortable and have the best experience here as possible,” Onita Lenco said. “For those who come abroad, this can be especially challenging. Many are unfamiliar with the culture and neighborhoods of the city, which can land some in a potentially dangerous situation.”

Onita Lenco and Kimszal began drawing up the initial plan to build a website, but they faced the daunting task of diving into the business world as neuroscience majors.

“The most challenging aspect of bringing this idea to life was learning the language of business,” Kimszal said. “It forces you to take a step back and look at the bigger picture, whereas science demands a very technical mind. However, we have learned to blend the two worlds, and build from the strengths of both.”

With little experience in the visual, logistical, and technical aspects of making their idea a reality, Onita Lenco and Kimszal were fortunate enough to find multiple resources on BU’s campus to help guide them in the right direction during their preliminary designs. Onita Lenco mentioned the idea to professor Erik Molander at the BU Questrom School of Business who then encouraged them to enroll in the New Venture Competition at BU. Professor Ian Mashiter, who coordinates the BuzzLab, a startup incubator at BU, helped us develop the idea further. Over the course of summer 2015, Onita Lenco and Kimszal entered the BuzzLab Summer Startup Accelerator which gave them insight into business, operations, and marketing.

“There are so many aspects to designing a website which I never took into account,” Kimszal said. “Understanding how far a person scrolls down, where they click, what colors are appealing, are all elements which seem trivial, but play a huge role in user experience. I had to learn all of this from scratch.”

Many late nights and long hours led to their first draft of their website, Sub-It.

Sub-It is unique in its ability to cater toward the population who are most in need and most vulnerable: students. To create an account, one must enter a valid university email address. This reduces risk of encountering unsavory characters and restricts potential roommates to a certain demographic. Students can search apartments and rooms and make transactions through the website itself, eliminating flaky payments or last-minute excuses.

Sub-It gained traction after winning third place in a recent New Venture Competition at BU, beating out over 20 other startups in the preliminary round. The New Venture Competition demanded intense practice and preparation. During the first round called “Pitch and Pizza,” a one-minute pitch was made to a panel of judges, comprised of lawyers, CEO’s, and professors, who then chose their top choices. Kimszal and Lenco made it past this round and competed against six other startups where they presented to a panel of venture capitalists and judges. The final round narrowed down to five startups, and presentations were made to an equally competitive panel of judges. Since the beginning of their journey with Sub-It, the two students have changed their career path toward business and are now in graduate school at BU, allowing them to build and expand this project in which they have already invested so much time.

“We are really creating a website which caters entirely to the student experience,” Kimszal said. “Because of that, we are still very much a work in progress and relying heavily on student feedback and personal stories to gain insight into how to make Sub-It the best it can be. We are aiming to have a complete rough product within the year, and know this has the ability to create a huge impact—even if in just a small way.” 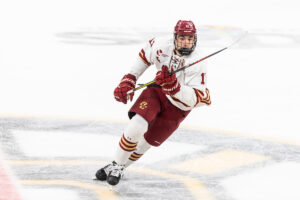 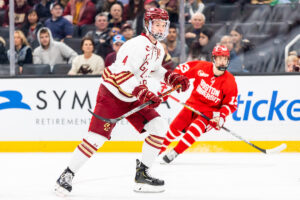