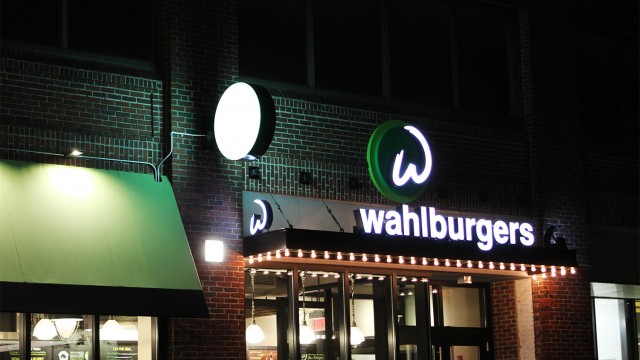 Wahlburgers Gives Viewers Inside Look At What Boston Is All About

I want to take a break this week from more serious column topics about Uber or how the City of Boston can improve student off-campus housing and talk about something all true Bostonians can appreciate—burgers and brotherly love.

We at The Heights made our second-annual Boston Food Guide last week, and as I sit here in Bapst Library thinking about a topic for this column, I realize I’m pretty damn hungry. As I scour through The Globe, BostInno, and Boston.com looking for anything that could possibly inspire a Metro-related column, I can’t help but think about burgers.

Two weeks ago, I went to the new Wahlburgers near Fenway, and wrote about the opening of Mark, Donnie, and Paul Wahlberg’s latest burger joint in one of Boston’s hottest neighborhoods. The idea of the restaurant is gold: burgers, sports, and the Wahlberg brothers. People regularly line up outside Wahlburgers’ doors for a chance to see Marky Mark gobble down his signature Thanksgiving Day sandwich. It makes perfect sense that the restaurant is just three blocks from Fenway Park and merely a few miles away from the brothers’ original stomping grounds in Dorchester.

What was surprising about my visit to Wahlburgers on a Monday night was that a crowd of people huddled around the bar, bottles of Harpoon in hand, and eagerly watched the brothers’ A&E reality show playing on screens behind the bar. Everyone seemed to be watching intently, while I wondered what the heck was going on.

The reality show is also called Wahlburgers, and is an unscripted series about the Wahlberg family’s burger joint, overseen by their older sibling, Paul, and mother, Alma. It seemed very fitting that the show was playing on all of the TVs at the Fenway location, as patrons held burgers in one hand, and beers in the other.

Last night, I decided to see what Wahlburgers was really all about. In part to satisfy my craving for a good burger, I sat down and watched the pilot episode of the series. You can imagine that the show itself pretty much fulfills every Boston stereotype imaginable, and you immediately notice the thick Boston accents of every character on the show. Even David Ortiz makes an appearance, and Rob Gronkowski gives fantasy advice in return for a cooking class from Paul.

Some critics have torn Wahlburgers apart, arguing that the show, unlike the burgers, “consists of completely empty calories.” But I disagree. It’s easy to criticize the show for attempting to cash in on showing the celebrity brothers in unguarded territory. What most critics don’t understand is that Wahlburgers portrays a real, authentic look at one of Boston’s most well-known families.

The Wahlberg name used to be associated with court appearances and trouble. Now the family is world-famous. Whether you’re watching one of Mark’s movies or eating one of Paul’s burgers, the Wahlbergs are all over New England. To the millions of people that watch Wahlburgers, the family is incredibly important in portraying what Boston is all about.

The show regularly features the brothers reminiscing about the family’s up-from-nothing background. As Donnie and Paul drive through their old neighborhood, we learn about how the brothers grew up in Boston, and what they valued. Memories of Fenway Park, Carney Hospital, and the local courthouse come to life for us. We get a glimpse of the modest house where the brothers grew up, which always smelled like burgers, because that is all they could afford for their one meal together at dinner. The brothers constantly banter with each other, and the show gives viewers an idea of what it is like to grow up in Dorchester and live in a small house with nine children.

Wahlburgers is madness. It’s fun. It’s entertaining. And it’s purely Boston. It’s all about one of Boston’s most famous families, with a lot of brotherly love. The show was nominated for an Emmy award last year, and the brothers have since opened five more restaurants, with an additional 27 spots planned for the future.

After my experiment, I’ve decided to give the show a chance. I enjoyed watching the brothers banter on screen, but I can honestly say that I came away feeling hungrier. Next time I’ll head down to Fenway for a damn good burger. 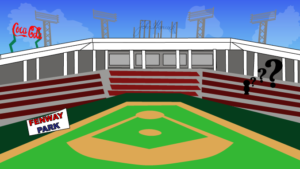 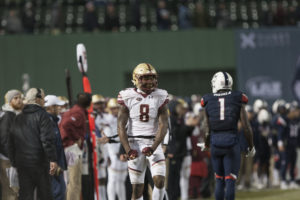