Home » The Chief Seamlessly Blends Genre In A Surprise Release 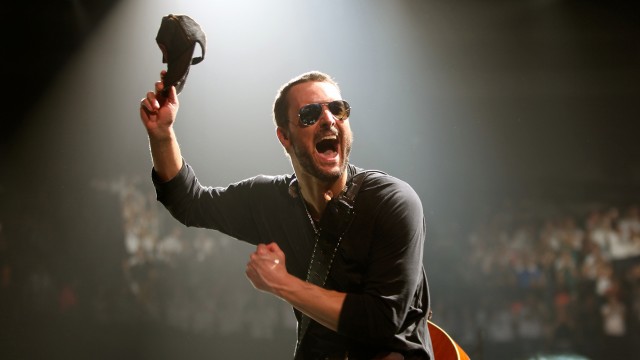 The Chief Seamlessly Blends Genre In A Surprise Release

A Billboard Chart powerhouse—yet the most traditional in its adherence to industry standards of old—country music has been waiting for its Beyonce. Perhaps the holdout for a country adaptation of Queen B’s increasingly ubiquitous, surprise-release tactic was simply a holdout for an artist with enough clout and appropriate timing.

Enter Eric Church. Enter Mr. Misunderstood. Without warning, the North Carolina native’s fifth full-length LP arrived in the mailboxes of premium fan club members on the eve of its unannounced Nov. 4 release, which coincided with the 48th annual CMA awards. The follow-up to two consecutive platinum albums in 2011’s Chief and 2014’s The Outsiders, Mr. Misunderstood arrives with a commercial and artistic momentum that transcends any of its promotional methodology, novel for the genre as it may be.

The self-proclaimed “parking lot down-and-outer” has often treated country, rock, blues, and pop as a stylistic Four Corners monument, with his limbs stretched across their boundaries, defying categorization if it weren’t for his conspicuous twang. Mr. Misunderstood continues in a similar vein but provides a bit of mediation between Chief and The Outsiders. Just as its 10-song tracklist eschews any “Drink In My Hand”-type celebration of the boozing everyman, there’s also no eight-minute epic like “Devil, Devil” or straightforward rock showcase like “That’s Damn Rock & Roll.” Rather, Mr. Misunderstood is a hybrid of its two predecessors.

Musically, the album’s ambitious cuts are the first pair. “Mr. Misunderstood” is slick and effortless in its numerous tempo changes, never allowing rhythmic shifts to distract from the potency of its central message. “Mistress Named Music,” meanwhile, is a complex affair behind its straightforward voca—layers upon layers of guitars and keyboards make stealthy entrances and exits as the song marches toward an eventual climax, courtesy of a blazing, 70s-inspired guitar solo and some vocal assistance from a belting choir.

After a bit of early experimentation, the LP settles into a logical sampling of Church’s various sonic avenues. “Mixed Drinks About Feelings,” a duet with blues singer Susan Tedeschi, abandons country almost entirely and thrives in its direct pop sensibilities. Ever since 2011’s nostalgia-laced “Springsteen” pushed him beyond the country label, Church has become synonymous with The Boss, whose influence continues to reveal itself in not-so-subtle ways on the stadium-ready “Knives of New Orleans,” one of Mr. Misunderstood’s energetic peaks. Elsewhere, “Chattanooga Lucy” welcomes funky guitars into the fold, while “Holdin‘ My Own” and “Round Here Buzz” both favor a minimalist approach.

Despite its crafty blend of styles, Mr. Misunderstood places a bulk of its weight on lyrical content, a department in which it particularly excels. Church forgoes the topical cliches that have plagued much of mainstream Country in the past half-decade. Absent are accounts of partying, various modes of transportation, or any combination of the two—no buying of boats, drinking on planes, or cruising of any kind. As a wordsmith, Church has become reliable for penning narratives that are as vivid and focused as they are clever. The brilliant title cut pulls double duty as both an inspirational autobiography and an anthem of solidarity for Church’s more alienated listeners. “Kill a Word” executes its motif with careful precision—a crusade against unwelcome members of the English language and the negativity they represent. Meanwhile, album closer “Three Year Old” delivers potentially the most vulnerable moment of Church’s career. It speaks on the joys of fatherhood with a warm affection, bringing the superstar full circle as a narrator. He also continues to sprinkle in the occasional homage to his musical influences, name-checking everyone from Stevie Wonder to Elvis Costello to James Brown in both the title cut and the witty double-entendre “Record Year.”

At a concise 39 minutes, Mr. Misunderstood engages its full potential without a wasted note. No corner of Church’s musical realm is left untouched, yet the album’s merit as a complete, cohesive statement is never in question. Mr. Misunderstood provides further justification for Church’s stardom—the ability to harness country, rock, blues, and pop into a singular body of work that is equal parts maturity and digestible fun is an ability unique to Eric Church.

eric church
There Ain’t No Dowd: A Reasonable Finale
Lines & Bodies: A Sketch Of An Artist, A Conversation With Vinny Roca 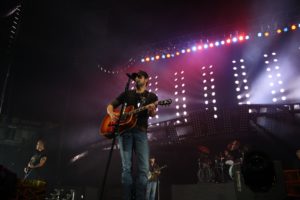