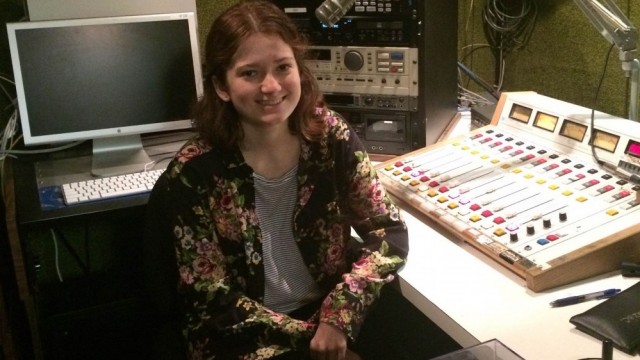 WZBC Community DJs Hit The Airwaves With Funk And Flair

Tucked away in the back corner of McElroy Commons, the WZBC radio station has been gracing the airwaves with music for over 40 years. WZBC, unlike many college stations, tends to stay away from the confines of mainstream songs. Most of the music aired by WZBC caters to the underground music scene or lesser-known artists, primarily local artists who have yet to enter the mainstream.

“The mission of WZBC is to give airtime to the people who need it and wouldn’t receive it otherwise,” music director and community DJ Maria Jose Cordova, MCAS ’16, said.

WZBC stands firm in its commitment to giving exposure to the lesser-known artists—they have a shelf of CDs in  the office labeled, “Too Big to Play, Too Good to Throw Away.” The artists on the shelf weren’t popular acts when WZBC first played their music, but they all eventually became so mainstream that they no longer fit WZBC’s commitment to indie.

The station broadcasts in both AM and FM. AM is much less regulated, because it is streamed via the Internet. AM is also the more flexible of the two. FM is broadcasted to the Boston area on 90.3 WZBC, and must abide by Federal Communications Commission rules.

In order to become a DJ on an FM show, which is called a community DJ, a new club member must complete two preliminary steps: interning with a community DJ and hosting an individual AM show. Once the necessary steps are completed, one can apply for an FM show slot.

A few of the community DJs are profiled below.

MJ Cordova started at WZBC in 2013, during the fall of her sophomore year.

“I guess I just missed the table during the involvement fair freshman year,” she said.

Her sophomore roommates, WZBC members, introduced her to the station, and she’s been involved ever since. Adhering to the indie mindset of WZBC, Cordova enjoys playing neo-soul, fuzzy garage rock, lo-fi rock, and bedroom pop. She attributes this unique taste in music to her time at WZBC.

“You have your set taste in music coming in and you’re paired with a person who has a similar taste, which can help expose you to a lot of new music,” she said. “In order to stay in line with the mission of the station, you have to be constantly looking for new music, so it pushes you to listen to new stuff.”

In addition to its unconventional music tastes, WZBC also has some interesting on-air interactions with listeners. MJ described a recent peculiar encounter with a tweet directed at WZBC, which said:

“MJ’s voice is the oral equivalent of laying eyes upon a Veela from Harry Potter.”

While flattering, she admitted it was slightly creepy. She stressed that the tweet was an anomaly in most of the encounters with listeners.

As a senior heading into her second semester, her time with WZBC is coming to an end. Cordova said she will remember WZBC for the friends she has made, as well as the introduction it gave her to the Boston music scene.

Marilyn Shi is a music director and community DJ for WZBC. As a freshman, she wandered into the WZBC studio and asked for an internship.

“I think WZBC was the first place at BC where I walked into the room and said, ‘Oh my god, this is ridiculous,’ because of all the pictures on the walls and how every time you looked up you found something different,” she said.

Growing up, Shi was a huge fan of alternative music, particularly the band My Chemical Romance. She found herself drawn to the emotional aspects of music.

“Lyrics are really important to me,” she said. “Music has to have a lot of raw emotional power for it to move me, which is a criteria I use when listening to songs.”

This has translated to the music she plays on-air, which typically consists of future funk, neo-soul, and R&B-influenced electronic music.

Her DJ time as a freshman was really a baptism by fire, as she and her friend had to fill in for a regular DJ, Victor Vankus, during the blizzard Nemo in Feb. 2013. DJ Victor Vankus conducted an astrology report, so on top of figuring out how to operate a soundboard, she also had to deal with callers asking for horoscopes.

“People started calling into the station for their astrology reports, and my friend and I responded with, ‘We don’t know! We don’t even know how to put calls on air!’” she said. “That was a very stressful first experience.”

One of the younger WZBC DJs, Puk is the VBC (AM radio) programmer, as well as the late-night community DJ with a 1 to 3 a.m. set. She said WZBC was not just a resume-stuffer for her—when she saw it at the involvement fair, it genuinely appealed to her because she enjoyed listening to and finding new music.

“When I came to the station for the first time, I looked around and felt that it was completely different from anything else I had experienced on campus,” she said.

Last semester, Puk had a show in which she primarily played rock and electronic music. This semester she has an NCP show, which stands for No Commercial Potential. Typically, NCP music does not air on even college radios.

One of her favorite things about her time at WZBC is its dedicated audience, which includes a regular caller named Rick, who is such an avid listener that he knows the chain of command at WZBC and even some of the freshman interns.

“He will call almost every time you have your show, and it’s kind of flattering and kind of strange,” she said. “But, it’s nice to know someone is listening.”

Puk enjoys when alumni come in and comment on how the station looks and feels the same as they left it. The station is a continuous time capsule, and every new wave of students that comes in adds to the relic that is WZBC.

“This place is one of the unchanging parts of this campus, probably,” Puk remarked. “Well, maybe besides Carney.”

Another young member on the board, Aine McAlinden is a community DJ and audio production director. She has a rock show called  “Organic Beets” from 3 to 5 p.m. in which she mainly plays indie rock and lo-fi music. Next semester, she will have another FM show and plans on continuing the trend of vegetable-themed names.

She said one of her favorite on-air memories was when a listener called in to discuss the vegetable garden at his house. He said he appreciated the name of her show because his garden included beets.

McAlinden explained the different phases of music tastes she went through growing up.  Her mom got her into classic rock, and she eventually transitioned to pop-punk, Warped Tour-style bands because of her brother.

“When I came to BC, I just wanted to find an outlet to find more alternative rock,” she said. WZBC fit her need perfectly.

Her favorite part of WZBC is the community. Most of her friends have come from the club, as opposed to people in her dorm or classes.

“The pressures of academic life are taken away once I come into the station, because WZBC is like a safe haven,” she said.

She also commented on the connecting power of music, and how WZBC club members bond through music.

“Just sitting in the station all day, listening to people’s shows, and getting to know everyone present in the station is a really nice part of the day,” McAlinden said.

Featured Image by Alex Flores / For The Heights

WZBC
There’s “Snow” Place Like Home: a Minnesotan Reflects on Christmas
Orgo (Not) Made Simple: Learning About Ourselves By Studying The Sciences 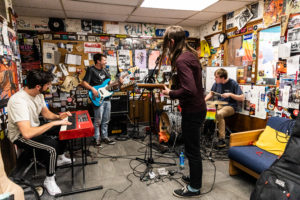 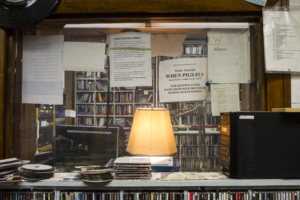 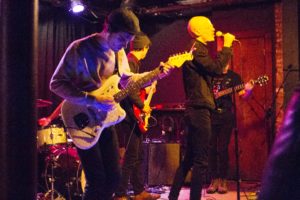