Boston College defensive coordinator Don Brown is headed to Ann Arbor, Mich. to fill the same position for the University of Michigan, Sports Illustrated‘s Thayer Evans reported Sunday afternoon. BC Athletics has not yet confirmed.

Brown has been the defensive coordinator throughout head coach Steve Addazio’s tenure in Chestnut Hill, and his defenses have improved every year. In 2013, the Eagles finished 97th in yards per game (427) and 78th in points allowed per game (28.9). In 2014, BC improved to 12th (313) and 18th (20.5), respectively. This year put Brown’s defense on the map, as BC finished first (254) and fourth (15.3) in those two categories. Many of the Eagles’ defensive standouts can be credited with joining the program because of Brown’s recruitment. The 254 yards per game was 13 better than second-place University of Wisconsin.

Brown will replace D.J. Durkin, who left Jim Harbaugh’s Wolverines after only one season to take the reins at the University of Maryland, College Park. He will join a defense that ranked 11th in points per game (17.2) and fourth in yards per game (281). That defense looked dominant at times, shutting down opponents for 14 points in a five-game stretch in the middle of the season, including two shutouts against Northwestern University and Brigham Young University. No. 14 Michigan, in Harbaugh’s first season as head coach, finished 9-3 in the regular season and will take on the University of Florida in the Citrus Bowl on Jan. 1, 2016.

Despite the Eagles’ shortcomings in the win department after a 3-9 campaign, many had assumed that Brown, a Spencer, Mass. native, would not leave the program. The 60-year-old coordinator has strong family ties to the New England area and has only spent two seasons of his 34-year career outside of the area, at Maryland. But, Brown has never spent more than five years on a job in his entire career—his longest stretch was a five-year stint as Yale University’s defensive coordinator from 1987 to 1992. He is the second coordinator to leave the program this season. Special teams coordinator Coleman Hutzler left the program last week to rejoin former boss Will Muschamp, who is now the head coach at the University of South Carolina.

don brown michigan
The Journey To See ‘Star Wars’ In A Theater Far, Far Away
Robinson Lifts Eagles Over Fordham In ACC-A10 Challenge 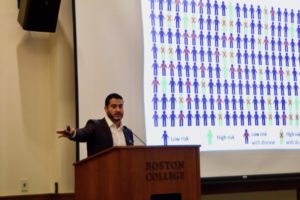 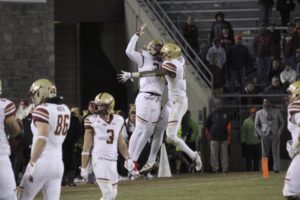