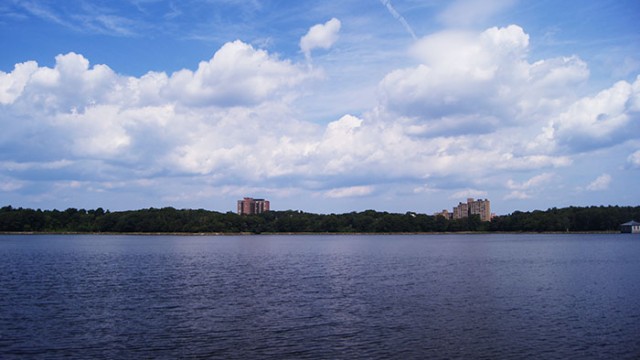 On Jan. 15, Boston Mayor Martin J. Walsh and Boston College President Rev. William P. Leahy, S.J., announced that Boston College and the City of Boston will give the Allston-Brighton neighborhood a $450,000 grant to improve its public spaces.

The projects that this specific fund will help pay for include the construction of a Medal of Honor monument for PFC Ernest W. Prussman, who was killed during World War II.

This initiative is part of BC’s Neighborhood Improvement Fund—a $2.5 million program set up in 2014 by the University and the Boston Redevelopment Authority to support programs and services in the nearby community that are not otherwise covered by public funding.

The Neighborhood Improvement Fund is part of the Ten Year Institutional Master Plan. The Plan was drafted in 2009 and aims to improve both BC’s campus and the greater community—this includes scholarships for Allston-Brighton students.

BC hopes to improve public safety and focuses specifically on helping the elderly, the youth, and the needy. They also seek ways to beautify the community. The grants will be given twice per year—one in the fall and one in the spring.

This was the first grant given under the Neighborhood Improvement Fund, but BC has helped the Allston-Brighton community in the past. After building Alumni Stadium in 2003, BC established 3,000 micro-grants for the community. They also have a $25,000 beautification grant every other year that is given to nonprofits and community groups.

“Boston College is certainly a great and wonderful partner with the city of Boston,” Walsh said in the press release. “These projects are certainly going to have an impact on the quality of life in Allston-Brighton.”

BC worked with the Allston-Brighton community to implement these new measures, said Jeanne Levesque, director of the Institutional Master Plan. Citizens of the neighborhoods applied for grants by filling out at an application and dropping it off at the BC Neighborhood Center on the corner of Lake and Washington Street.

The BC Task Force—a community-based group of people who are members of community organizations—then reviewed the applications, she said. The applicants also presented their proposed programs to the public. The general guidelines were that the projects must benefit the community and be on public property.

The Task Force then made a list of the programs they believed should be considered and gave it to Leahy and BC and to Walsh and the Boston Redevelopment Authority to review. Together, they decided which programs will be funded.

The improvements to Allston and Brighton, Levesque said, will benefit both the BC students and the greater community. They hope to improve public safety with the speed signs and community alert board.

“People were very, very excited and very pleased with the first round of funding,” Thomas Keady, vice president of the Institutional Master Plan, said. “It all goes to make Allston-Brighton a better place to work and go to school.”