Home » Laverne Cox, Actress and LGBTQ Advocate, Will Speak at BC Next Month 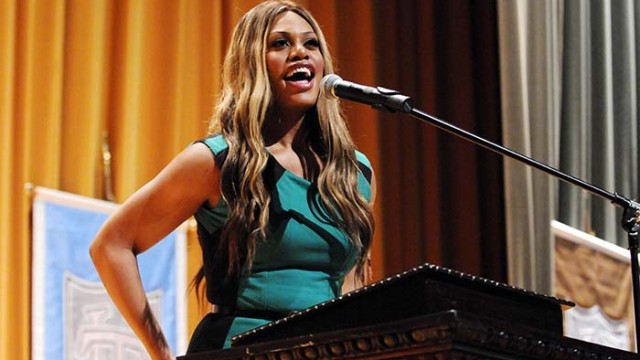 Laverne Cox, Actress and LGBTQ Advocate, Will Speak at BC Next Month

Actress and LGBTQ advocate Laverne Cox will speak at Boston College Feb. 15 about her experience as a transgender woman of color and the role it has played in her Hollywood career. The event is hosted by the Undergraduate Government of Boston College.

Cox will discuss how the intersection of race, class, and gender affects trans women of color at the event, according to Afua Laast, UGBC vice president of diversity and inclusion and LSOE ’16. In addition, Cox will speak about growing up in a conservative, Christian family in Alabama, and how this affected her journey to womanhood and her ability to find her authentic self.

“The community should not view her visit as a political event or statement,” Laast said in an email. “The event is about her life and her various identities and accomplishments.”

Cox will also hold a private meet-and-greet session for students and sponsors directly after the event. At this invitation-only event, she will be available to take pictures and sign autographs.

Nick Minieri, chair of UGBC’S GLBTQ Leadership Council and CSOM ’16, came up with the idea to have Cox at BC last March, after attending a GLC conference at Georgetown University. A student leader from Canisius College, a Jesuit university in Buffalo, N.Y., had scheduled Cox to speak at his university, and put Minieri in contact with Cox’s speaking agent.

BC will be the fifth Jesuit school Cox is speaking at, following Marquette University, University of Loyola Chicago, Saint Louis University, and Canisius College.

“Laverne is the biggest speaker that we have ever had.”

Minieri worked with Laast to draft a contract alongside Cox’s agent in September. Minieri and Laast then drafted a proposal for the administration and received approval from the Office of Student Involvement.

“I think the main thing for us was framing the event in the context of the Jesuit values,” Minieri said.

The event is free for students with a valid BC ID. Tickets will be available starting Feb. 10 and can be picked up at Robsham Theater. UGBC expects the event to sell out, with about 560 students attending the talk.

“Laverne is the biggest speaker that we have ever had,” Minieri said.

Along with GLC, the talk is sponsored by the Women’s Center, the Campus Activities Board, the Thea Bowman AHANA Intercultural Center, and the African and African diaspora studies department.

GLC has been pushing to add a section for gender identity to BC’s Non-Discriminatory Policy, Minieri said. He hopes that Cox’s talk will foster their efforts and continue the conversation about the topic.

“This event will show current and future trans as well as LGBTQIA+ students that they are welcome on this campus,” Laast said in an email. “GLC hopes to continue to expand their transgender programming and increase resources on campus. The event will reach many students who do not normally attend GLC events, and we hope they will learn the importance of understanding gender identity and ending transphobia on campus.”

Correction: this article has been updated to reflect the fact that Afua Laast is a member of the LSOE class of 2016, and that the meet-and-greet is a private event.

orange is the new black transgender laverne cox woman of color
With ACC’s Release, 2016 BC Football Schedule Finalized
Hicks Proves His Value Off the Bench in Loss to Florida State 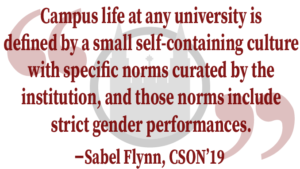