Home » Graffiti at at Glance: Getting Introspective in O’Neill
Arts, Featured Column, Column

Graffiti at at Glance: Getting Introspective in O’Neill

The words are etched deep, scrawled repeatedly across the length of a wooden table on the fourth floor of O’Neill like some kind of tangible motivation. Driven either by optimistic aspiration or utter desperation (I’m not quite sure which), an anonymous undergrad must have used this graffiti as a visible incentive of sorts. I imagine this shaky scribbling was the handiwork of a stressed-out CSOM senior of yesteryear, perhaps a byproduct of mid-finals-week daydreams. Regardless of who wrote it when and why, this particular message from a Ghost of BC Students Past really got me thinking.

Just as prehistoric fossil records or Revolutionary-Age journal entries help historians unearth the mysteries of our ancestors, the doodles and diagrams covering virtually all of the library’s flat surfaces provide incredible insight into the subconscious minds of valiant BC students who came before us. A treasure trove of information can be derived about BC culture from every teacher complaint, countdown to graduation, and “so-and-so was here” scribbled hurriedly onto a wooden study cubicle from the early ’80s.

Suddenly forgetting about the two articles, six reading chapters, and three essays still left on my homework to-do list, I decide to investigate the intriguing graffiti a little farther.

Luckily for me, the careless vandalism of University property is apparently alive and well at BC’s O’Neill Library. Under my laptop, a faded blue ink blot read “Obama 2008,” which was  followed by a social-media savvy supporter who wrote “#Obama2012.” Capping off this political conversation was one snarky opposer, weighing in with a “Yeah, and how’s the country doing now?”

Nearby, some sarcastic (or perhaps sincere) scientist-in-training claimed that “organic chemistry rules!” As an English/comm double major with little to no interest in the chemical composition of all things living or dead, I decided to take their word for it.

I moved my elbow off of the desk to reveal an amateur artist’s incredibly detailed sketch of Kermit the Frog. While some leave silly sentiments (“2 Chainz 4 president”), others express utter loneliness. Someone’s pink-penned note accompanied by a flock of fractured heart doodles boldly confesses, “I miss my boyfriend in NYC.”

Now, I do not endorse vandalism, nor do I believe it’s what the cool kids should be doing these days—I’d like that on the record. But, it is interesting to consider these desks as an ever-growing guestbook of people constantly coming and going.

In my humble opinion, the desk that once belonged to Goldman Sachs Guy is the best seat in the house—not because it offers a neat view of Alumni or reveals a fraction of the Boston skyline on a good day. I like it because despite what stress I’m enduring or what new writing-related pipe dream I want to chase, I find comfort in knowing that someone at some time in the past has literally been in my very position. Someone sat exactly where I have, feeling the same uncertainties and fears about the future that college likes to hurl at cocky students who think they’ve got it all figured out.

What’s most upsetting, though, is the sheer unlikelihood that I’ll ever find out about any of these desk-damaging delinquents. I won’t know if LH and MW really stayed “together 4ever,” and I’ll never find out if that frustrated physics major really did end up shoving his problem set where he threatened he was going to.

I want answers. I want to hear the gripping story of our fearless CSOM-er whose life could have culminated in a dramatic, “to-hell-with-business-school-I-want-to-be-on-Broadway” resolution. I crave some kind of epilogue that assuages our nagging fears about the future, one that assures stressed students that everything’s gonna be ok.

The last grafitti entry that caught my eye was an apparent proclamation by a KM of their emotional state during sophomore year. It read: “9/11/00 KM. Sophomore. Happy.”

I wonder if Goldman Sachs Guy (or any of us, for that matter) really knew what he was getting himself into when he signed up for this whole thing. Could he have predicted the stress, the deadlines, or the competition? It’s just like what Alfred Tennyson said when he was talking about the difficult life of a BC undergrad: “Into the valley of Death rode the 9,100-or-so.”

Despite the stress, choosing BC was the best decision I’ve ever made. There are incredible opportunities, great professors, and those friends who will stay up until 3 a.m. drinking tea and talking about important things like the universe to thank for that, I think. This isn’t to say everything’s all smiles and Superfan shirts, though. I’m not exactly sure what to make of that. 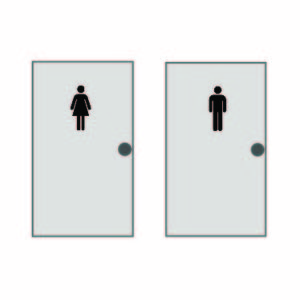