Home » Hoverboards: A Blessing or Catastrophe Waiting to Happen? 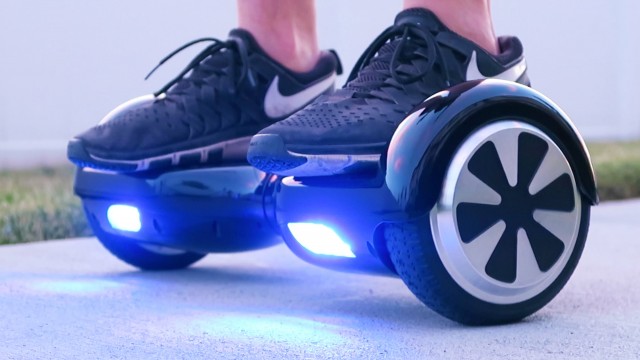 Hoverboards: A Blessing or Catastrophe Waiting to Happen?

As I was sitting in my bed the other night in a half-awake stupor, I began thinking about the unhealthy amount of Vines I had seen that day (I may or may not have a problem), and how they were taking away precious minutes I could be spending doing something else, anything else.

For some reason, my cousin had forwarded me a page that consisted almost exclusively of hilarious falls that involved a popular, yet controversial, product that was making waves throughout the teenage population, and it decided to enter my mind. Everything I had watched was now being re-played with that eerie flicker of films of old, Tarantino style. The next thing I knew, I was asleep.

100,000 feet above the ground, two survivors, Rich and Morphy, orbit the Earth in their improvised spaceship and discuss the remains of what was once called Boston.

Morphy: “So Rich, what are we doing here again? Please tell me this isn’t one of your hilarious-to-you-but-life-threatening-to-me shenanigans. Because if we are not doing anything productive, I’m out.”

Rich: “No, no, no. You must have me confused with someone else. This is completely for research purposes and completely safe. Even if something were to go wrong—what were we talking about again?”

“Rich! Pay attention! You were telling me about the beginning of our new civilization, or rather, about the end of the previous one. How there used to be so much beauty in that world with so much to offer, only for all to collapse like—how did it happen again?”

“Well, it all started on Christmas Day 2015. Yeah, I know how you feel about that day. Stop crying! Like I was saying, on that day kids and teens all over the world, but somehow much more so in Boston, decided that they no longer wanted to use their legs to move around.”

“Let me finish my story Morphy. On that day, many forgot what it was like to walk. We were among the lucky few who never gave up that supposedly inherent physical ability, but they—Oh, the humanity!”

“Yes, those devil machines! The Hoverboards! Those kids, so many lives! When they weren’t crashing into walls or each other they were bursting into flames—Oh the humanity!”

At this point, their space ship approached the surface. Flames raged in the distance, bursting with palpable volatility, illuminating the early evening sky. The living dead were now visible with their thousand-yard stare. Some still had mobility due to their charged products. Others were not so lucky.

“Okay now, Morphy, go outside and grab one of those things. I need to win a bet I made.”

“What? I knew this would happen! You bring me to this place and now this? How could you do this?”

“I just need to prove a point. There are those back home that do not believe me when I say that I invented this hoverboard. It’s ingenious, if I do say so myself. I just never expected for people to lose their minds over them. If people just understood that there is a time and place for everything and used common sense, we would not be in this mess.”

“Lets just go home Grandpa, I can’t take seeing another one of these things.”

vine Rick and Morty
‘Kung Fu Panda 3,’ Plexapalooza, ‘Almost, Maine’ This Weekend in Arts
To T or Not to T: The Question of Driving in the City