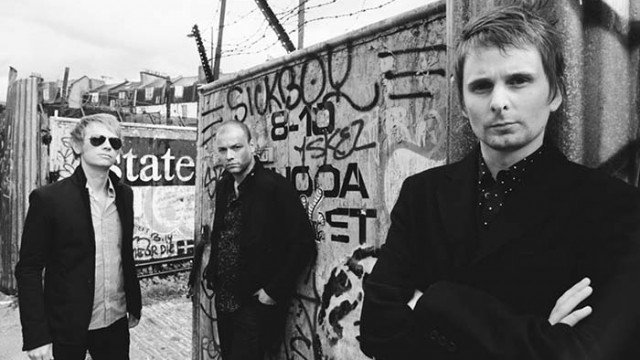 On a chilly evening in January, Boston was bustling with abnormal activity for a Monday night. Was it just marathon runners taking advantage of snowy, low-impact training conditions? Nope. People of all shapes, sizes, and ages flooded TD Garden for what will hold its early-set title as the “Best Show of 2016”—Muse’s Drones World Tour, featuring opener X Ambassadors.

X Ambassadors recently broke into the popular scene with their 2014 single “Jungle.” With their 2015 hit “Renegades,” their success was sealed. Between the Jeep commercials and radio play, the swampy, rhythmic track was inescapable this past summer. The quartet started its set at the Garden with retro soul track “Loveless,” off their debut album VHS. Continuing from the album with “Hang On,” lead singer Sam Harris showed no restraint in exercising his impressive vocal range, swinging from a falsetto note to a chesty baritone pitch within seconds—sometimes, even within the same word.

The band continued its set with the show’s sole homage to their 2013 EP, performing its title track, “Love Songs Drug Songs.” Then came “Fear,” a track co-written and recorded with Imagine Dragons on VHS, but performed well by Harris alone. Taking a more emotional turn, Harris and his brother Casey, the band’s blind keyboardist, rendered “Unsteady,” before lightening the mood with vocal challenge “Gorgeous.” To close its set, the band gave the crowd what they all had been waiting for—“Renegades” and “Jungle” back-to-back in a dual finale. While these songs may be the only reason attendees knew X Ambassadors before the show, there’s no chance the audience left without a newfound penchant, if not respect, for the talent of the group.

After a short break, the lights finally dimmed. While Muse is renowned for its impeccable performance abilities, it didn’t limit itself to only living up to expectations. Every song performed had some sort of individual quirk, an additional aspect that made it much more beyond a studio. The opening number, “Psycho,” lacked none of this flair—glowing orbs descended from the ceiling in the dark to a taped rendition of “Drones,” circling the general admission pit as the four members of the band took advantage of our distracted state to sneak on stage. After the heavy, riff-laden “Psycho” concluded, the band continued with another track from Drones, “Dead Inside.” Then came Absolution’s “Hysteria,” which lead singer and guitarist Matt Bellamy closed with riffs based on Led Zeppelin’s “Heartbreaker.”

After performing “Map of the Problematique” and a shortened rendition of “The 2nd Law: Isolated System,” the band’s staging crew outdid itself with the lights and graphics accompanying “The Handler.” Bellamy and bassist Chris Wolstenholme took opposite sides of the stage, underneath billowing sheets of fabric that allowed video projection and acted as puppets under the holographic hands of an icy-eyed drone. Even as they moved around the stage, the “wires” connecting them to her hands followed, and the central Jumbotron seemed more menacing than any real-life threat as the drone’s virtual eyes scanned the crowd.

Muse then took a two-song run from Black Holes and Revelations, performing a version of “Supermassive Black Hole” supplemented with Bellamy’s rendition of Zeppelin’s “The Ocean.” It continued with “Starlight,” and then reached even farther back into its anthology with “Apocalypse Please.” After “Munich Jam,” a trippy light sequence and Jumbotron sing-along lyrics introduced crowd favorite “Madness.” This moody reflection gained energy with the 1984-inspired “Resistance,” the perfect rebellion love anthem.

The set came back to the tour’s title album with a clip from JFK’s “Conspiracy Speech”—a perfect summation of Muse’s common revolutionary themes—and Drones single “Reapers.” The final feature from Absolution followed, serving as a reminder that unfortunately, “Time is Running Out” in its set. Then came the anarchist anthem “Uprising,” another 1984-based track, given an extended outro to satisfy the crowd’s (and Billboard charts’) love for the song. For the grand “finale,” the staging crew returned to astound the audience—during “The Globalist,” an HFO, or Heavy Fuel Oil, drone flew around the Garden, barely escaping the grazing touch of fans trying to claim some physical connection to the show. The set closed with another round of glowing orbs and “Drones” recording, as the audience fidgeted anxiously, refusing to believe it was really over.

Of course, we were right. Muse returned to the stage after only a few minutes, picking up with the emotional Drones single “Mercy.” Aided with confetti-filled balloons and exploding streamer cannons, the powerful appeal for sympathy reduced some, if not many, to tears. After the dramatic performance, the audience was again set to wait as we listened in the dark to Ennio Morricone’s “Man With a Harmonica,” an instrumental evocation of the Old West. Then, suddenly, the quasi-silence was broken with the iconic galloping percussion that could only mean one thing—Muse was closing, per usual, with “Knights of Cydonia.” Lyrics flashed upon the Jumbotron as every spotlight in the Garden spun around the room, covering the stage in splashes of color, as the house lights flashed on and off with the most significant points of the song. No expense was spared in this final song, with Bellamy, Wolstenholme, and percussionist Dominic Howard pouring every ounce of energy they had after a nearly two-hour set into one six-minute performance.

The execution of the Drones World Tour was impeccable—from the band’s perfect collection from its discography and seamless transitions between songs, to the lighting and props’ staging—every moment of the show had at least one aspect that caused jaws to drop. From the start of X Ambassadors’ opening set to the end of “Knights of Cydonia,” this Monday night was likely one of the best TD Garden has had.