Home » Though Tragic, Denna Laing’s Injury May Propel NWHL Into the Mainstream 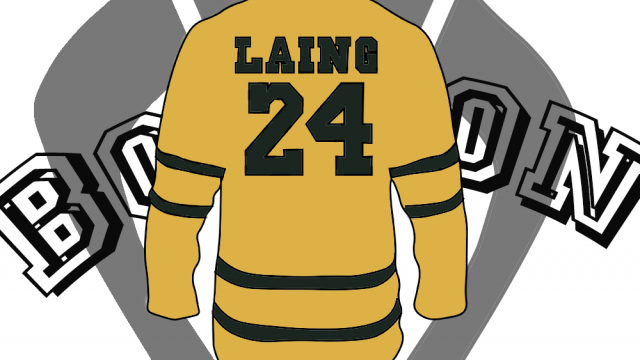 Though Tragic, Denna Laing’s Injury May Propel NWHL Into the Mainstream

2015 was one of the biggest years for women in sports. It was the year that Jen Welter became the first female coach to work with an NFL team, and when Jessica Mendoza provided commentary and analysis as the first announcer for ESPN’s Sunday Night Baseball.

It was also the year that the National Women’s Hockey League (NWHL) was formed—four teams in the Northeast, with a salary minimum of $10,000 per player. 2015 marks the first year that women were paid to play hockey.

With this first came others, from the first season to the first Women’s Classic, played at Gillette Stadium on Dec. 31. The game, which pitted the Boston Pride against Les Canadiennes of the Canadian Women’s Hockey League (CWHL) would usher in a more somber new year for the NWHL. A few minutes into the first period, Pride forward Denna Laing crashed into the boards, injuring her head. It would later be announced that Laing had a severe spinal injury that left her with minimal feeling in her arms and none in her legs.

That would be a pretty bad day for anyone—maybe even the worst day.

But for Laing, the day of the Women’s Classic was “the best day of my life,” as she put it in a Facebook post on the Denna Laing Team page. She began rehabilitation for her injury on Jan. 12, a day after posting her first spoken words since the accident: “Hello,” as a smile crosses her face, and then, “I’m back.”

The athletic community has rallied around Laing as she and her family start her road to recovery. Thousands of dollars have been raised in Laing’s name, and her story has been broadcasted to millions of people. Instead of remaining private throughout her ordeal, she’s taken this opportunity to show onlookers her rehabilitation and treatment at every step. Posting updates on her Facebook page, Laing documents not only her triumphs, such as operating her own electric wheelchair, but also her struggles, which for her can even be taken positively.

By letting people look in on a very intimate and challenging aspect of her life, she demonstrates the hard work of rehabilitation, building up a strong network of supporters in her fight to regain movement and control over her life. With the prominence she has gained since her injury, she has been drawing more and more people to the NWHL—people who are now invested in its future.

Laing is implicitly putting a face to the NWHL when she presents this image to the public, one of perseverance, good-naturedness, and competitive spirit. People who may not have cared about women’s hockey now have a reason to, and it’s all because of the way Laing has handled her recovery process. Even while rehabbing, Laing has promoted the NWHL’s first sponsor, Dunkin’ Donuts, in pictures and videos on social media. Her Boston Pride hat is often on display in her health update pictures. It’s clear that Laing’s “new challenge,” as she calls it, is not just strength exercises and steps to recovery. It’s letting people know about the history that she’s a part of and desperately wants to grow.

The future of the NWHL is better measured in years instead of decades. Though many people are hopeful that this league will make it, there have been several previous endeavors into professional women’s hockey, including another iteration named the NWHL. The previous NWHL was comprised of several Canadian teams and lasted eight years, until the league folded and its teams were absorbed into other leagues.

Those leagues, however, never paid their players or maintained the kind of platform that the current league has. The NWHL centers on four teams in a concentrated area at game times that are most advantageous, and teams all have caps at $270,000. Having a sponsor as big as Dunkin’ Donuts shows that now might be the best time to start a viable professional women’s hockey league. In a world that seeks to show that women can be involved on the athletic mainstage, people will flock to Sunday games featuring the four teams.

Laing’s contribution to that image extends farther than her post-injury Facebook page and tweets. In the glimpses of Laing as a Pride member and beyond, one can see the personality behind the player. Her public Instagram displays pictures of country music concerts, friends, high school reunions, and, of course, hockey. As a member of the NWHL, her job as a player is not enough to make a living wage on its own. The Princeton grad is also a victim advocate for the Essex County District Attorney’s Office, a vocation that requires empathy and commitment.

The evolution from young hockey lover, to student-athlete, to career woman and professional athlete brings home an authentic feel to everything that Laing does. Her Instagram could very well be left private, and her recovery story could remain confined to a rehabilitation center.

But she chooses to broadcast it all to the world, possibly in hopes that young girls can see that the NWHL is a very real and attainable goal. The story that brought her national attention, though tragic, has helped the NWHL for the better. As Laing said in her first post a week after the accident, “We made history that day and I would never take those moments back.”

As of Jan. 20, Laing has started to exercise her legs, in hopes that one day she will be able to move them on her own. She’s made history as part of the league, and continues to write it through her day-to-day rehabilitation. One day, she might be back on the ice for the NWHL, too.

injury
The Chainsmokers Light Up CAB’s Annual Plexapalooza
I Changed My Mind, Pay Them Their Damn Money 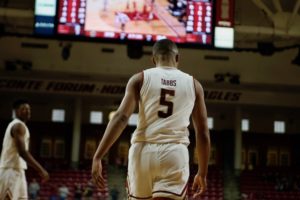 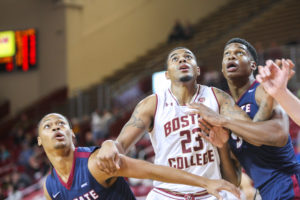