John Cho, famous for his roles in the Harold & Kumar films, Star Trek, and an extensive array of TV appearances, spoke in front of an audience of several hundred students in Robsham Theatre on Monday night.

“If a part doesn’t specify ‘open to all ethnicities,’ it’s unavailable to minority actors.”

The group’s speakers are meant to bring attention to issues that are not often discussed in detail at BC, including diversity, culture, and race, Asian Caucus co-president and MCAS ’16 Andy Chen said. He said the initiative is designed to bring in people who have been able to break the mold that often “traps” Asian-Americans. Chen used the example of mental health awareness in Asian-American society.

“There’s a huge East Asian stigma about not discussing mental health issues,” Chen said. “There’s this ‘if you’re sad, try harder’ [state of mind]. We really find it a priority, especially on college campuses, to develop a culture of talking about mental illness and trying to [improve] education and support.”

Cho became the first Asian-American romantic lead in U.S. television history when he was cast in Selfie in 2014. He also played a small but memorable role in American Pie.

Cho was born in Seoul, South Korea in 1972, but immigrated to the United States in 1978, settling in Los Angeles. He attended the University of California at Berkeley, where he developed an interest in acting. That interest burgeoned into a career, leading to appearances in blockbuster movies and primetime TV shows.

During the talk, Asian Caucus Cabinet members Andrew Lee, co-director of the AHANA Caucus and MCAS ’16, and Suraj Mudichintala, co-president of the South Asian Students Association and CSOM ’16, interviewed Cho, asking questions pertaining to his career, personal life, and his thoughts on Asian-Americans in the entertainment industry.

Cho discussed his struggles finding his personal identity as an Asian-American man. He described a visit to his birth country of South Korea to promote Star Trek. He recalls needing a translator to have lunch with old relatives, an experience he called “awkward,” but also “revealing” and “memorable.”

Several of the questions posed by Lee and Mudichintala prompted Cho to describe the adversity he faced as an Asian-American in a white-dominated industry. In particular, Cho pointed to the standard hiring practices of talent agencies as an example of difficulties Asian-American actors face in pursuing traditionally white roles.

“If a part doesn’t specify ‘open to all ethnicities,’ it’s unavailable to minority actors,” Cho said, explaining that the industry defaults to white actors for the vast majority of roles.

When asked what individual actors could do about changing mindsets in Hollywood, Cho argued that any actor can avoid roles that stereotype certain ethnicities “as long as they’re willing to lose the money.” Cho himself described cases where he refused to play traditional Asian-American characters, like “the effeminate male, the bucktoothed nerd, [and] the guru mystic.”

While much of the conversation between Cho and the moderators was directed toward the changing status of Asian-Americans in such fields as entertainment and film, not all of the subject matter was heavy.

Due to his roles in the Harold & Kumar stoner-comedies, Cho was asked about his opinion on the legalization of marijuana. He declined to comment. 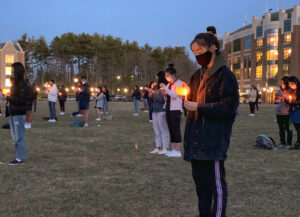 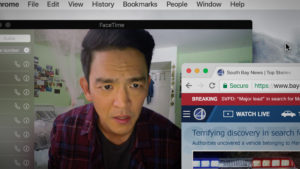