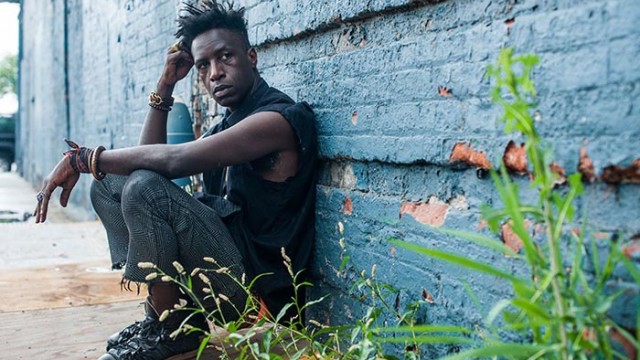 Concept albums are beautiful, wonderful beasts. Each one is a new experience, often an exploration of the mind, the human condition, or some similar theme. It is hard to pin down exactly what Saul Williams’ latest studio album is, but whatever the case may be, MartyrLoserKing is a work of haunting genius.

Saul Williams’ newest album is an impressive mix of styles. It is grounded in electronica, with mixtures of spoken word, rap, classical, and hard rock. The uniqueness of MartyrLoserKing makes it a standout work alone, but the album is so much more than a piece of innovation. The first track, aptly titled “Groundwork,” sets the tone for the rest of Williams’ album. It is difficult to ascribe a genre to his songs, but if “musical horror” existed, “Groundwork” and the entirety of MartyrLoserKing would be its quintessence. The use of synthesizers and distorted voices creates an incredibly unnerving feel for every song and a general tone of tension for the album itself.

MartyrLoserKing progresses forward with “Horn of the Clock-Bike,” a premier melding of classical music with electronic stylization. The eerie tone continues with “Ashes,” perhaps the most agitating song on the album. Over and over, Williams repeats, “Dancing on the corpse’s ashes, dancing on the corpse’s ashes.” He quite masterfully creates high levels of unease in his listeners, which further serves the ideas he presents in the entirety of the concept album.

MartyrLoserKing is not without its own problems. Certain pieces of songs around the middle of the tracklist feel more like sound-mixing errors than thoughtful nuances. Williams’ lyrics could use some clarification as well, as there are a number of occasions in which it is difficult to discern particular words. Still, despite its errors, the professionalism of MartyrLoserKing carries it beyond any real criticism.

Perhaps the biggest problem that concept albums face—monotony—does not apply to MartyrLoserKing. Each track feels like its own special labor of love. Though they blend together nearly seamlessly, every song from beginning to end has its own particular flavor, and this is perhaps what drives Williams’ album to be the very best of the best.

Other standout tracks on MartyrLoserKing include “All Coltrane Solos at Once,” “Burundi,” and “No Different.” Particularly, “All Coltrane Solos At Once” serves Williams very well. Like all the other tracks, it creates a very tense feeling, keeping listeners on their toes at all times. “All Coltrane Solos At Once” transitions directly into “No Different,” and is eventually rounded out by “Homes/Drones/Poems/Drums,” an extremely strong finish to a stellar set of songs. As the drums beat ominously and Williams chants the same lines over and over, it exudes a sense of panic and worry, almost connected to the visual of a tribal dance around a pit of fire. MartyrLoserKing, from beginning to end, is an absolute roller coaster, and any fans of the concept album style should absolutely make it a point to listen to Williams’ latest work.

Concept albums are inherently a risky venture—if the audience rejects the message, they reject the work as a whole. Saul Williams has made a massive gamble with his newest studio album, but it would seem as though his hard work has paid off. MartyrLoserKing is a masterpiece, worthy of being held in the highest regard, and despite its problems, artists everywhere would do well to emulate what Williams has created.