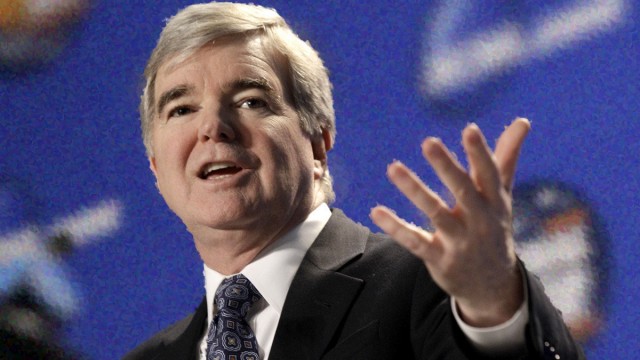 In 2005, documents surfaced in an investigation of a UConn construction scandal—a project ridden with corruption that cost the university $100 million—that found three high-ranking administrators were aware the mismanagement and kept their mouths shut. Two of the officials resigned. The other is Mark Emmert, now president of the NCAA.

Wherever Emmert goes, controversy seems to follow. As a member of Montana State’s senior management team in 1993, he was involved in a case of academic fraud, but the NCAA didn’t rule on the university’s “lack of institutional control” until after Emmert had left two years later.

At UConn, Emmert’s own notes revealed he knew about the project’s issues, yet he has repeatedly denied knowledge of a financial snafu. But, again, before an official investigation could release its findings, Emmert was long gone—this time to LSU.

His tenure at the SEC powerhouse as chancellor wasn’t as contentious, although allegations of systemic academic fraud resulted in an NCAA investigation and five minor violations. His success at LSU helped promote him to the role of president at the University of Washington, before accepting the top job in college sports in 2010. Despite some positive contributions in his positions predating his NCAA presidency, it’s hard to ignore the odd pattern that tailed Emmert as he climbed the ladder of collegiate sports.

“When you Google ‘Emmert,’ you do sort of see this pattern, which is he’s a great front man, but there always seems to be these problems with the people around him,” Jonathan Pelto, who helped lead the UConn investigation, told USA Today. “Does he trust bad people? Is the problem that he doesn’t know what’s going on? Is the problem that he does know what’s going on and doesn’t do anything about it?”

Valid questions like these make the NCAA’s decision on Monday to renew Emmert’s contract through 2020 all the more puzzling.

In his five years as head of the organization, Emmert has made strides in curbing academic fraud, but has chosen to maintain the status quo on the front of paying student-athletes. The NCAA’s stance on the issue has remained rigid, despite the grossly enormous TV deals that exceed hundreds of millions of dollars annually. The enormous revenue of the NCAA, estimated at $1 billion, has also translated into a growing salary for the head honcho of America’s most beloved non-profit. In 2013, Emmert’s salary eclipsed $1.8 million, an 8 percent increase from his 2012 figures. That’s like a CEO openly exploiting undocumented workers for million-dollar profits without any backlash whatsoever.

And when college athletes proposed a fair compromise that would allow them to profit off of their names, images, and likenesses, Emmert and his gang of lawyers fought it with all of their resources. Millions of dollars in legal fees went to fighting the athletes that make college sports a multi-billion dollar industry.

To be fair, Emmert has made some progress advocating for the rights of student-athletes. He recently praised athlete activism, and has made efforts to increase the voices of players in the decision-making process. He even laughed off a recent story where a former college athlete sold shirts with Emmert’s face on them to illustrate the partiality of the NCAA’s current policies.

Unfortunately, the truth is that Marcus Lattimore is not laughing. Emmert’s inaction on the subject is costing players hard-earned money that they could be earning from their name, images, and likenesses, affording them a hint of financial security in case of injury. Rather than pursue a solution to the problem, though, Emmert has devoted most of his time busting schools for minor recruiting violations and looking for a legal means to keep student-athletes unpaid.

The same corrupt system that Emmert is trying to reform is also the one that enabled his rise to power in the first place. He condemns school officials for failing to the blow the whistle on rule violations, but has yet to address his own cover-ups of the past. I don’t think Emmert is a bad person. But I don’t think he has changed since his days at Montana State, UConn, and LSU, either.

To answer Pelto’s question from earlier: Yes, he does know what’s going on, and he’s not doing anything about it. Only now, it’s the matter of paying college athletes and changing century-old rules to reflect a game that is evolving because of big money and even higher stakes.

In the next five years, Emmert needs to prove that he is really working for the college athletes that he’s supposed to be representing, and that means implementing an Olympic-style model that gives players the liberty to profit off their brand. If not, both his tenure as president and the decision to renew his contract will be considered failures. 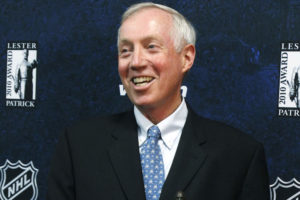 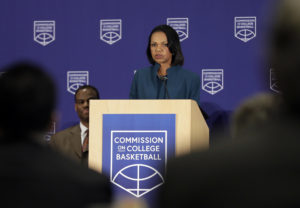