Home » The Sound and the Silence: Finding Your Quiet Space Might Require a Little Noise 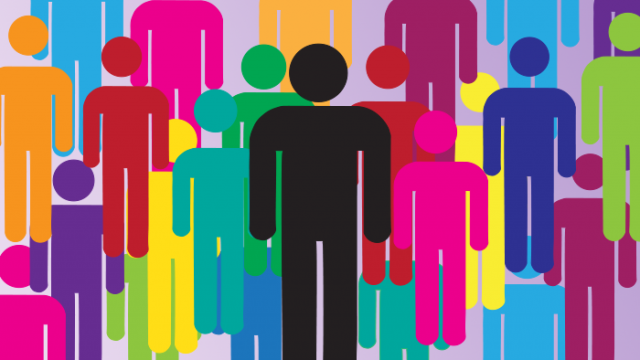 The Sound and the Silence: Finding Your Quiet Space Might Require a Little Noise

I sometimes feel that in today’s world, the utmost importance is placed upon individuality. You must be unique, weird, and as quirky as socially acceptable, but not too weird and quirky that it makes other people uncomfortable. But I’ve started wondering how I’m supposed to be an individual if I can barely define who I am. Today, figuring out how we really define ourselves, and who we really are, seems like an almost Herculean labor.

The problem really started bothering me a few weeks ago, when a guy in one of my classes was talking about his relationship with technology. He described how just before class he had instinctively pulled out his phone while he was waiting the few brief seconds for his computer to turn on. As he told it, his story had a numbing sense of familiarity, probably because I had done the exact same thing the last time I actually turned my computer off.

I began wondering if the problem is that I have stopped giving myself time to think.  I feel like over the past two years, I’ve developed this almost nightmarish attraction to technology.  In every idle moment, I pull out my phone or open a new tab on my computer. It’s almost like I am subconsciously afraid of being left alone with my own thoughts.  And I guess that you could even trace this trend all the way back to my childhood, where I spent so much time reading that I existed just as much in fantasy worlds as real ones.  Now I know that there’s a word for that: escapism.

That tendency, now coupled with technology, can only prove to be disastrous in the long run. I mean, every single Spotify commercial I hear (and Spotify recently seems to be under the impression that I am going through a second college application process which I most certainly am not) proclaims that this is the time of my life for self-discovery, but how can I ever discover anything if I can’t even hear myself over the noise I’m making?

I was turning all this over in my head this weekend as I sat on the T on my way to track down a chocolate-covered waffle. Suddenly it struck me that I had spent this whole ride thinking, and watching the people around me, I hadn’t once reached for my phone. Somehow the noise and the movement and all the people around me had created a space where I could just observe and daydream, activities I hadn’t even noticed that I’d been missing for quite some time.

Being surrounded by so many people gives me perspective. It reminds me that each person I see has a life even more complicated than my own, and that for those around me, I am just a passing blur. It throws the whole modern emphasis on individuality into a very different light, just because of the sheer number of people around you.

If you are alone in the city, your chances of self discovery are even higher because there truly are no eyes on you. The people you see as you stand on the street, or perhaps sit on a bench in the Commons, are people you will almost certainly never see again.

The whole debate over the city and the country never really made sense to me. The answer always seemed so clear to me: the country, where you have the quiet constantly surrounding you. In the quiet you can think about anything and do anything in total privacy. But perhaps I forgot that sometimes the privacy is just as poisonous as the crowd. If you’re like me, you might feel the pressure to create noise and to distract yourself, just because that’s what you’ve been trained to do. Sometimes the greatest privacy can be found when you’re surrounded but strangers. They create the noise you need to think clearly, and maybe even allow you to see yourself.

boston
Of Mice and Eight-Men: Walsh Hall Houses Unexpected Visitors
Prior to Comedy Beanpot, BC Improv Group to Host a Preview