Home » Go Figure: A Conversation with the BC Synchronized Skating Team 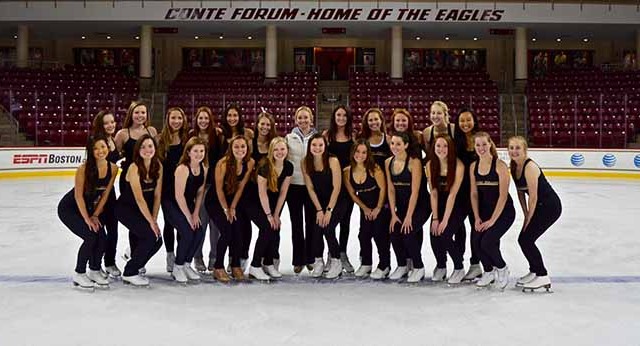 Go Figure: A Conversation with the BC Synchronized Skating Team

Figure skating can be either a fun winter hobby or a creative way to break a leg. At Boston College, figure skating has a third role—that of a competitive club sport. BC synchronized figure skating recently won second place at the Eastern Synchronized Skating Sectional Championships, beating 17 different school teams, including Princeton University. The BC team also won first place at the Terry Conners Open this season.

The skating team at BC is coached by Gianna and Gabriella Goode and currently has 22 members, with 16 of them skating in competitions.The synchronized skating team is a club sport at BC, meaning that the administration and finances are completely run by students and there is no recruiting. Past experience in figure skating is required, however.

Synchronized figure skating is a team sport that has anywhere from eight to 20 skaters on the ice at a time during a performance. Skating routines have complex geometric arrangements that must maintain a perfect symmetrical shape.

“I don’t know if you’ve ever seen synchronized swimming, but they randomly make all these shapes,” Erica Giarraputo, CSOM ’17, said. “It’s basically that but on ice. I think it’s a very pretty sport. It’s very pleasing to the eye.”

Synchronized skating creates this effect by meticulously planning out every move.

“We have to have certain elements in each program, and our coach usually choreographs everything,” Kaitlynne Cunningham, MCAS ’18, said. “We have to have [elements like] an intersection, a wheel, a line, and a circle.”

“And a creative element where you can kinda do whatever you want,” Elana Selitsky, MCAS ’18, added. Synchronized figure skating makes an effort to be fun for the audience by using music from artists such as Lady Gaga, RuPaul, and the Disney movie Hercules in past routines. The team also has themes for these choreographed routines, such as a “Fairy Tale” theme or a “Baseball” theme.

For the majority of the skaters on the team, figure skating has been a part of their lives since they were very young.

“I started in kindergarten, but I just did the lessons,” Selitsky said. “I got into synchro in middle school, but then I got to high school and stopped skating altogether. Then I just started synchro again this year. I took five years off and I feel like I never left.”

In addition to being used to the grueling training, synchronized figure skating constantly stresses certain aspects of character.

“You have to have confidence. Because if you don’t, then it definitely shows on the ice,” Giarraputo said. “Also to not be self-oriented, realizing that there are 15 other people on the ice, so it’s not all about you,” Selitsky added. “You have to be committed and show up all the time. Because if you don’t, there’s a missing spot,” Cunningham said.

Confidence, consideration of others, and commitment. Synchronized skating isn’t just a hobby for these girls—it is a competitive sport that has helped them grow and shaped their identities.

The teammates are happy with the size of the team right now.

“If we stay this big, skating will become more of a thing at BC,” Selitsky said. “Maybe incoming freshmen will want to come to BC because of the team.”

“Even at the competition this past weekend, there was a girl whose dad went to BC and she was like ‘Oh my God, I want to watch you guys, I want to be on the team when I’m older!’” Giarraputo said with a laugh.

club sports
Upcoming: Advising Events for Students Interested in Business, Law
This Is Not a Valentine’s Day Column 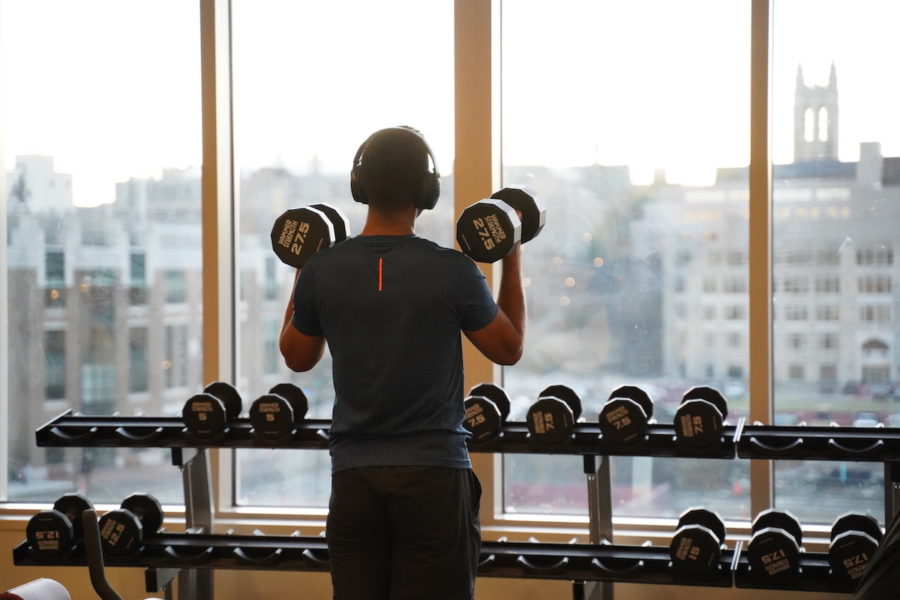