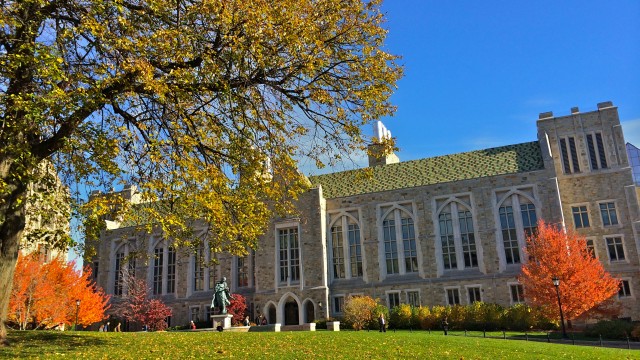 Five local mayors—four current and one former—came to Boston College Law School this past Thursday to speak about their experiences and to interact with students. The talk was well-attended. The opportunity to attend a talk given by the mayors of local towns who have managed to achieve a level of success that many BC students would be interested in emulating is a worthwhile opportunity. Unfortunately, despite the rather good turnout, the event passed by with many students unaware of its existence.

This points to a larger problem that extends beyond just this event. Students are often unaware of the number of interesting events hosted by BC, such as Lunch With a Leader talks, which frequently allow students to interact with the successful and influential people who have been invited. These opportunities to learn and expand a student’s network pass by because information about the event has not been dispersed as extensively as it could have been, and a number of important avenues of communication were never explored.

The majority of BC undergraduates learn about events through social media. Advertisements on the sponsor organization’s website or a single mass email do not capture as much attention as a widely-disseminated Facebook event and page. By getting a number of students to like and share the information, more people are made aware of the event, and more interest is generated. This uses the programs BC students are already engaged in and puts the information directly in front of them.

The unfortunate truth is that many BC students do not go out looking for events and speakers and can be completely disengaged from what is available to them on campus. Focusing promotion on the existing channels of social media deals with this problem of disengagement. Instead of making them search out events, the information is brought to them, potentially bringing in students who would not have otherwise been aware.

Events such as the visit from the president of the Philippines last year, or the talk by George Papandreou, former prime minister of Greece, are examples of opportunities that can go unnoticed by a number of students until it is too late. The Church in the 21st Century Center and Campus Ministry have already used this multi-faceted social media approach to advertising  for Agape Latte events, and as a result, has achieved great success with events like Father Terry Devino’s Agape Latte talk last week and Kerry Cronin’s always-over-attended talks on dating and hookup culture at BC. Future events should use this more widespread and student-engaging method of promotion so that great speakers and opportunities do not pass interested students by.