Home » Music of the Roadways, Taking It If We Can 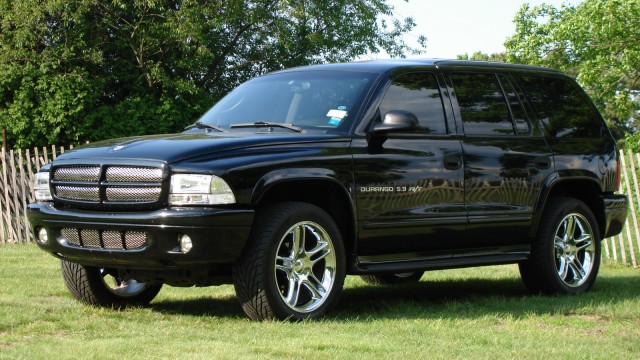 Music of the Roadways, Taking It If We Can

This past summer, I worked on a farm in Maine. I love the outdoors. The manual labor during summer breaks apart the monotony of sitting in classes for the rest of the year. Every time I work outside, with the sun beating down on my back, I feel I gain perspective on the rest of the year, which remains relatively cushy and easy. Being on your feet, getting dirty and grimy, is a welcome change to the stale predictability of weekdays at a university. As in most jobs, each comes with its own set of challenges, but more often than not the benefits of working hard at something you truly enjoy far outweigh the momentary discomforts this work may bring. I had never worked on a farm before, but I was excited.

The farm was host to a slew of new sights, sounds, and people. It was tedious at times, but fun nonetheless, to learn new skills or hone ones I already had. On the farm, there was never a shortage of things to do. I cut through trees, mowed grass, harvested hay, and painted fences. I made deliveries in huge manual-transmission dump trucks, some of the biggest vehicles I have ever operated. And in the off moments I was able to marvel at the sheer immensity and beauty of cows, explore the vastness of a planted tree forest, commiserate with fellow farmhands in the rain as we continued to work, and enjoy a few laughs with good people I, realistically, may never see again.

Despite the fun I had and the new experiences the work garnered for me, the most influential moments of the summer were not on the farm, but on the way to it. My brother worked on the farm with me and we had never worked together as closely as we did. In past summers, he and I had both worked on lobster boats out of Portland, but we were on different boats. Apart from a few chance encounters on the harbor, we rarely saw each other on the water.

But this summer was different. Since we are only 11 months apart in age, my brother and I had always been close. These trips to the farm in the morning brought me back to high school, when my brother and I would get up early and drive there every morning. And like that, the dynamic was back and the radio became a focal point of conversation.

For the most part, my brother and I have similar tastes in music. ’90s rock, classic rock, alternative, some indie interspersed with ’80s hair bands, and some contemporary bands make up the bulk of our shared musical repertoire, at least the music we prefer. What I loved about these drives, as they were in high school and as they continued to be, is that we were able to talk about songs in depth just as musings and ideas, not just the surface-level sound. Analyzing lyrics, specific instrumental moments, and the emotions associated with them never ceased to be an integral part of the conversation.

This was the way we started and ended days. Stepping into the old 2001 Dodge Durango that had been baking in the sun for hours. Starting it up, we headed home, music blaring. Then all at once, as the music stopped, my brother would turn to me and ask “What do you think they meant by that?” And so began conversations that never failed to raise interesting points.

We explored the intent behind artists, while musing whether we could possibly comprehend the intents behind a musical work. That was half the fun. It brought my brother and I together in more ways than did the work we shared outdoors. I threw out an idea about the Blaze Bayley era of Iron Maiden after listening to “Lord of the Flies,” while he questioned the unrealized vision behind Pearl Jam’s “Even Flow.”

Conversations we would start at the beginning of the day would resume as we made our way back to the car after work. The questions posed during the morning were internalized and developed all day until they were ready to present on the ride home. We certainly did not always agree. The discussions always garnered such intense thoughts about something that would be, relatively speaking, pretty trivial. Certainly there were more important things to mull over.

But music helped us express ourselves. And that is not something trivial. Coming together to work is just as important as coming together to play and enjoy the finer things like the arts. Passion is funny in that way. It knows no bounds as it bring people together, brothers or not.

Sometimes, though, we sat in silence. At one point, when we had run through all playlists, grown tired of the radio dregs, and felt drained from a grueling day’s work, we did just that. Though in due time, with the windows down, the sound of the wind whipping by proved too mundane for my brother and me. Back to the radio. We were thrown back in our seats as it came on.

The Cranberries’ “Ode to My Family” blared loudly.

Featured Image By FCA US