Home » ‘Hail, Caesar!’ Pays Homage to the Hollywood of Old Despite Disjunct Narrative 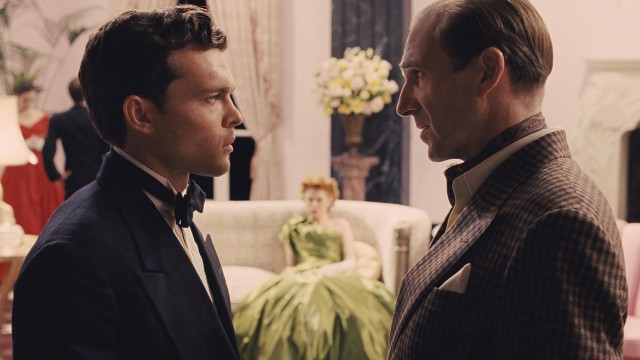 ‘Hail, Caesar!’ Pays Homage to the Hollywood of Old Despite Disjunct Narrative

Eddie Mannix is the head of production at Capitol Pictures. Sitting in a dark, formless theater, notepad in hand, Mannix scrutinizes an upcoming film by musing over a couple unfinished scenes. In the picture, a character looks up in astonishment at the divine emanating from the heavens. As the actor looks up he reaches out to the sky, tears in his eyes. Then the scene cuts to a black title card reading “DIVINE PRESENCE TO BE SHOT” with ominous voices still singing in the background. The film feels unfinished and rough, yet this roughness captures a sense of craft and humor, much like Hail, Caesar! itself. Hail, Caesar! is the Coen brothers’ love letter to the Hollywood of old.

Hail, Caesar! tells the tale of Mannix (Josh Brolin) as he attempts to hold Capitol Pictures together as actors, actresses, and business associates bring a slew of difficulties to his desk. Movie star Baird Whitlock’s (George Clooney) cluelessness, gossip columnists Thora and Thessaly Thacker’s (Tilda Swinton) determination, and the Reds infiltrating America are few of the challenges thrown in Mannix’s way as he hopes to get his films rolling out of production.

The film offers up great performances by Brolin and Clooney. Brolin is really the heart of the film and the character most viewers will identify with, as his conviction to work hard supersedes the chaotic nature of the Hollywood scene. As a man on a mission, Brolin as Mannix brings a kind of masculine energy onscreen that is as subtle as it is forceful.

Clooney works marvelously as Whitlock. As an actor playing an actor, Clooney does well to exude arrogance and charm in the appropriate proportions. His ineptitude and well-to-do attitude make him a standout character in scenes of his fictional movie and those of Hail, Caesar!.

For many fans, the film will confuse and fall short. It is really a marvelous homage to ’50s cinema during Hollywood’s classic era, in all its glorified propaganda, scandal, and energy. That being said, those who are not as well-versed in the cinema tropes and intricacies of the time might not get the jokes as much as the Coen brothers do. Hail, Caesar! really functions as a film about film. As Brolin’s character can attest, the controversies and scandals present in the industry of old were best dealt with swiftly and deftly. This may be a commentary on today’s industry, as the Coen brothers may suggest that even now, the industry persists with ignominy, propaganda, and unsavory characters. Many outside forces, unfortunately, influence the production of movies. But these things cannot be known to outsiders concretely.

As a film, much of Hail, Caesar! is not accessible to wider audiences. Situational comedy within the film can be appreciated by all viewers, but some of the subtler jokes may not land as intended. This makes the movie feel uneven and unpolished. The tonal transitions are stark at points, jumping from light-hearted banter, to stern and serious exposition. The effect is a little confusing as succeeding scenes feel rather tonally disjunct. Other than acting as a reverence piece, the intentions behind the film are questionable.

Viewers may call to mind Quentin Tarantino, another director fond of paying cinematic tribute to the films of old. Tarantino differs from the Coen brothers in that—as in his latest endeavor The Hateful Eight—he does not neglect the story. Tarantino’s love of 70mm never trumped the story at hand. Within The Hateful Eight there was a clear and bloody history to be told, while in Hail, Caesar! that conciseness does not exist, which makes the cohesiveness of the film suffer. Any enjoyment one may garner from particularly well-acted scenes by Clooney, Brolin, or the rest of the cast, will be challenged when looking at the overall impact of the film. If the viewer can suspend an intense scrutiny of Hail, Caesar!, the film is enjoyable and visually pleasing. The visual nods, gags, and references to ’50s Hollywood can be appreciated by those with an eye for it.

If the Coen brothers have attempted to offer some provocative commentary on the modern movie industry, as told through the past, they have succeeded markedly. Though their cinematic influence is certainly bolstered by this film, viewers should keep a keen eye on their work, looking for story telling, rather than reverential nods to prose with no polish. 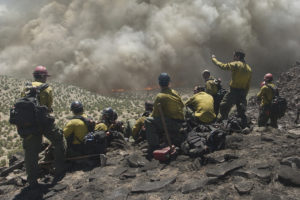