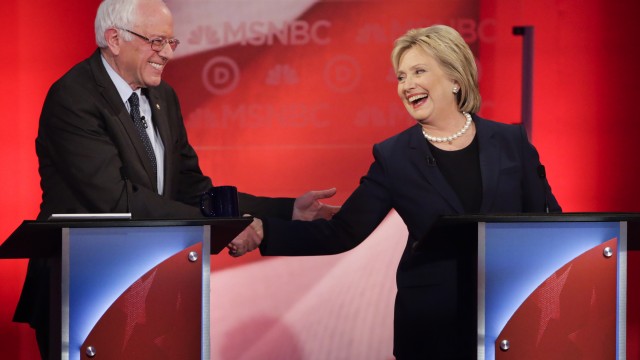 At the beginning of this election cycle, when Hillary Clinton was seen as the inevitable nominee, it appeared to Democrats that Clinton would only have to stave off attacks from the right-wing positions of the presumed Republican candidates in the general contest. But Bernie Sanders’ insurgent democratic-socialist campaign focused on economic issues and has sculpted the terms of debate in the Democratic Party during this election cycle. Both Clinton and Sanders are focusing on issues that really matter to Americans. The debate concerning the future of the Democratic Party between the candidates is renewing progressives’ enthusiasm to vote for the candidate that shares their views in the upcoming election.

Unfortunately, during the mid-term elections in 2014, critical portions of the electorate for Democrats turned out in lower numbers than expected. Earlier, in 2012, President Obama received the presidential nomination unopposed, and voters didn’t get the opportunity to see the Democrats debate. It’s understandable that many of the people who were fired up during the president’s incredible 2008 campaign weren’t enthusiastic enough to vote for Democrats when the only major progressive piece of legislation passed when they maintained control of Congress was the Affordable Care Act. In 2008, Senator Obama promised that he would change the way that politics worked in Washington, but President Obama’s gains have been more modest.

As the United States’ economy has shifted from manufacturing toward finance and other high-tech industries, people without college degrees have been left in the dust. Young people are still disproportionately unemployed, and many people who are retiring are unsure whether they will have the funds to do so securely. The excitement surrounding this election is expanding as the electorate sees its elected politicians taking on the issues that they deal with every day. But while the economy has been recovering, the gains haven’t translated to everyone. The debate about the government’s economic policies has renewed supporters’ faith in the Democratic Party to support policies that contribute to the welfare and growth of the middle class.

The reality is that the Democrats will need a majority in the House and a super majority in the Senate in order to get the things that Clinton and Sanders want done. Democrats tend to come out when they are very enthusiastic about the candidates, and the low voter turnout in 2014 allowed the Republicans to regain control of the Senate. Sanders’ campaign has been particularly successful in driving excitement on the left, especially with young and first-time voters. Sanders’ large crowds are proof that the burgeoning debate is mobilizing parts of the electorate that the Democrats need to win in November.

Sanders’ campaign is about creating institutional change, especially in reforming the way that money works in politics. Sanders has declared that one of a few litmus tests for an eventual Supreme Court appointee would require him or her to overturn Citizen’s United v. FEC if another case allowed. If a case relating to campaign finance is brought forward under a court with Sanders’ justice, the court might have the ability to overturn the most controversial parts of Citizen’s United v. FEC, like the doctrine that spending money to influence elections is a form of constitutionally protected free speech. Sanders has also taken the lead on reform by refusing to work with political action committees. He has made it clear that he believes that democracy in the United States should allow one person to have one vote. The message Sanders sends resonates with voters who have felt that their votes count for less than those of the elites that have had the upper hand in government decisions due to corporate lobbying and corporate financing of campaigns.

Democratic voters do not and will not vote for politicians who don’t deliver on the changes that they are promising. Despite the fact that a number of Americans agree with Bernie Sanders’ plans to expand Social Security and Medicare, many supporters are wary of backing him because they do not see him as a viable candidate in a general election. Many Democrats have adopted the defeatist attitude that the Clinton camp is interested in perpetuating. But a Quinnipiac University poll at the end of last year found that Sanders would do better than Clinton in a general election matchup against any of the Republican front-runners. As the nomination process proceeds, the Democrats are going to be in a good position to beat any Republican challenger if Clinton and Sanders are able to continue driving excitement for advancing the progressive agenda.