Home » An Ode to the Orchid Man 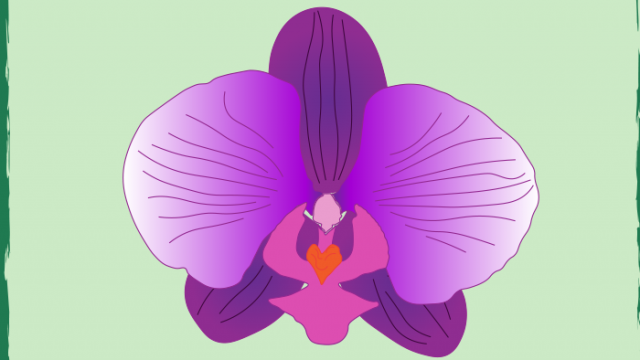 An Ode to the Orchid Man

Most of the time I’ll look for beautiful things in obvious places. It’s so easy, so mindless, to say that of course the intricate painting hanging on the museum wall is the physical embodiment of all things beautiful. In some ways, that’s because it is. The kind of beauty that is found in so many paintings can be an easy escape for my brain, a surefire way to abandon the grey and snowy world for something more exciting.

But that sad thing about that kind of beauty is that it fades so quickly. As soon as I look away from the painting, the image of it that I try and hold in my head blurs and fades until all I can remember is a riot of colors and a vague subject.

Now this notion that beauty is fleeting is old news (in fact, you’re probably tired of hearing about it) and the sense of melancholy and regret that accompanies the realization is certainly familiar. But maybe it’s for the best. Maybe all the things that are truly beautiful in our lives are things that we shouldn’t even try to hold on to.

Take, for example, something I noticed a few days ago when I was on the T. I was heading toward the Park Street stop, which, for those of you who have never been to this stop, can be very hectic. Park Street is a major transfer stop in the heart of downtown Boston, so it’s very easy to get sucked into the whole city dweller mindset. Maybe it’s the bulky person in front of you who refuses to move, or maybe it’s the young couple who won’t let go of each other’s hands and are taking up the entire walkway, but regardless, there’s always someone who isn’t cooperating with the rush of the city and is in your way.

For me, it was a man who seemed unsure of whether he was getting on the T or not. Dressed in layers of denim and grey with a dark newsboy cap perched upon his head, he was just standing there, talking to someone I couldn’t see, and I almost bumped into him because I was concentrating on navigating the slippery steps at the door of the T car in snow boots (something that is truly much more difficult than it sounds). In retrospect, bumping into him definitely would have been my fault because I was the one moving, but at the time I had a very accusatory glare ready.

But my glare never really got to him because my narrowed eyes immediately fell upon the thing he was carrying in his right hand.

It was a single orchid stalk—not a plant, just a single stalk—with two flowers on it.

This stalk must have belonged to a stunning orchid plant, because the flowers were huge and spotted with almost Impressionistic purple and maroon spots. The whole thing struck me as so strange—I’ve seen people carrying around orchid plants tucked away into their clay pots, but no one waves around a single orchid like they would a rose.

The scene actually made me step to the side and stop to watch the progression of the man and his orchid. This might have just been because I love orchids—they remind me of my piano teacher, who had the ability to keep them alive like no one else I’ve ever seen—but there was also something else about the situation, something that I couldn’t quite put my finger on.

Whatever that something was, it made me want to preserve the moment, so I pulled out my camera and took as many pictures as I could.

The man with the orchid eventually decided to get on the T, which immediately closed its doors and sped off, leaving me standing there with my camera still held up to my eye.

To my disappointment, none of the pictures turned out. The man was slightly out of focus, and his orchid was little more than a pink blur. But I’ve decided that it might be for the best. What drew me to the scene in the first place was a kind of bizarre beauty, something that probably couldn’t be captured through the lens of the camera. Maybe the most important form of beauty is something that is supposed to fade immediately, leaving behind traces of ideas and emotions that you cannot shake.