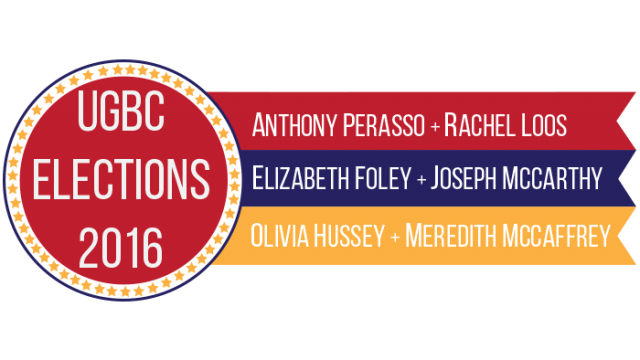 In 1998, The Heights published “Debate Format Unbalanced,” an editorial admonishing the Elections Committee for acting as the sole moderators of the UGBC election debate: “This restriction … gives a few governing people, who are supposedly unbiased, the right to dictate the agenda of the debate. The idea that one body of people will choose all of the questions is rather limiting.” Sixteen years later, the new editorial board takes a different position asserting that including members of the AHANA Leadership Council (ALC) and the GLBTQ Leadership Council (GLC) in the debate is a conflict of interest, as these councils exist within UGBC. Although any effort to make the debates more fair should be taken seriously, we urge the candidates, the editorial board, and the Elections Committee to consider this issue in its historical context and to think critically about the unintended consequences of denying ALC and GLC participation in the debate.

Concerns over a conflict of interest ignore several truths. First, ALC and GLC leadership refrain from endorsing candidates during the election in order to ask questions at the debate. Secondly, the presumption of unfairness obscures the fact that members of UGBC are diverse thinkers who look for different factors in an ideal candidate. Previous involvement in the organization does not guarantee the support of its members. Finally, the assumption that including ALC and GLC leadership is a conflict of interest is not only unlikely, but degrading; it implies that the organization’s members care more about getting their supposed friends elected than they do about the real, substantive issues. Never in our experience has any team been given the debate questions prior to the debate or any other unfair advantage by UGBC in general, ALC, or GLC.

The ramifications of implementing the suggested changes are significant. ALC and GLC exist to represent the interests of underrepresented groups of students on campus. They are part of UGBC because it provides funding and protection of their advocacy work. Members of ALC and GLC conduct research, create policy recommendations, and advocate in meetings with administrators. In the case of GLC, it is the only student group that works to address policy issues facing the LGBTQ+ community. As such, the questions that these councils ask during the debate take into account the challenges they have faced in their work. This is a lens that affinity groups and individual students may not be able to offer. The history of these councils reveals that both their voice and status on campus have been threatened numerous times. By having the opportunity to pose questions to the candidates, these councils are ensuring the future leaders of UGBC care about their communities.

With this in mind, we recommend that the Elections Committee continues to allow student leaders in ALC and GLC to ask questions at the debate. This is not about giving these groups special privileges—it is about ensuring there is equal and adequate representation in the debate.