Home » Don’t Let the Door Hit You: A Guide 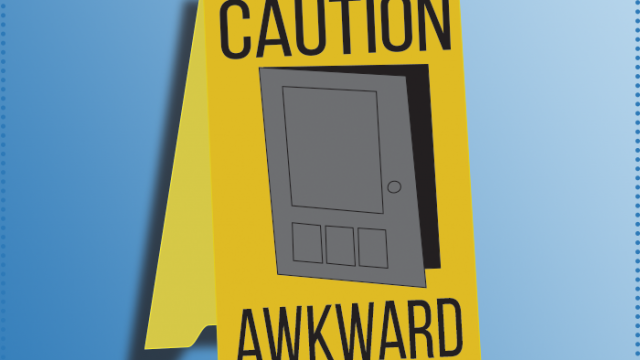 Don’t Let the Door Hit You: A Guide

At Boston College, we love talking about cultures. I could name a few to start, but I think you probably can name a couple right off the bat (hint: one of them rhymes with “lookup culture”). It’s occurred to me that while we, as students, and publications in particular I might add, love talking about these subcultures that we have created in our minds, we have overlooked a very major one.

I’ll put it this way: no matter how long you’ve been attending school here at BC, if you’ve never awkwardly held a door for someone, it means that you have probably have never eaten, gone to class, gone to the library, or likely even left your residence hall. I suppose I’m leaving out the possibility that you could also be a bad person, but I trust that’s not the case—you’re an informed reader of The Heights, after all! But I digress…

Individual temperaments aside, a distinct collective consciousness exists on this campus surrounding this doorway dilemma. Surely, nearly everybody who walks these halls has found him or herself trapped in one of the many purgatories created by the nature of this culture, of disconcerting door decorum disorder.

I, like most people I know, am by no means an expert on this confusion. I grapple with these doorway interactions daily, and as I meditate upon it now, I realize that writing this piece will be an exercise in exploring the nuances of door etiquette just as much as it will be an exercise in elucidating them. In other words, we’re in this together right now. The only thing that I know is that I know absolutely nothing about how to properly hold a door in certain situations, and often this confusion has derailed entire days of mine. We’re on the same page, literally and figuratively. With this Socratic ignorance of mine now established in ink, let’s (again, we’re in this together) work it out. So, let’s take this opportunity to address the matter at hand: consider this column a tentative first endeavor to dictate a decree on door decorum.

It’s important first to state that the door-holding culture at BC is superb. It’s a beautiful thing, and it should be cherished and nurtured. This column is by no means a condemnation of the culture that is undoubtedly pervasive at BC, as I personally find it hugely redeeming. Keep it up, everybody. I’m just here to let you know you’re not alone if the awkwardness that comes with the territory feels like too much to bear.

This being said, I think the main takeaway is don’t sweat it. For example, if you’re walking well ahead of another individual and happen to be opening the door with a substantial margin between you and that individual, you should feel no remorse in just letting the door close. Holding the door for that person will just make her feel obliged to pick up her pace and do an awkward backpack-on quasi-run-trot to demonstrate her understanding of your polite gesture. She doesn’t want that. You don’t want that. Let that door close behind you and don’t fear. Now, as with all situations, there are obvious exceptions in which you should probably commit to holding the door for an extended period. Exceptions include individuals on crutches, or people carrying large objects which would otherwise inhibit their ability to efficiently open a door, to name a few. These situations aside, don’t sweat it. Let that door close behind you with ice in your veins. The person trailing you will feel better that he doesn’t feel obliged to run for the door, and you can get on with your life. You’ll be a better person for it, and there’s no need to feel like a heartless beast.

Now this is just a preliminary guide, and is by no means an all-encompassing guide to door discomforts. Surely, we will all continue to do battle with these situations for years to come. For example, one scenario I often encounter is one in which you’re within door-holding range, but cannot feasibly slow your momentum in time to stop and properly hold the door. In these scenarios, I usually push the door hard enough that, in my mind, it will still be open enough for the person approaching. In reality, however, I’ll generally end up pushing the door open too forcefully, and the spring-loaded door will end up bouncing back and actually closing forcefully on that poor individual. I have no cure for this other than to perfect this door-pushing form, but surely this issue will plague me for the remainder of my time here.

You might think, “but James, the real question is, who cares? I’ve never even vaguely thought about this problem before in my life. I hold doors in a totally normal, socially acceptable way, and I’ve never have a second thought about it. I plan to carry on my really enjoyable and fulfilling life. Why do you torture yourself over ridiculous things like cheese trays and doors? It seems like you’re making it your mission to sabotage my life by trying to force these awful existential dilemmas into my daily narrative. Why would you wish this upon me?”

In short—I wish you nothing but the best in the future, stranger. As I’ve mentioned in previous columns, any outcomes involving existential crises are genuinely fortuitous consequences, rather than consequences of design.

on-campus
‘What Celebrity Would Be Your Valentine?’
Last-Minute Goal Spoils Weekend Sweep for BC Hockey 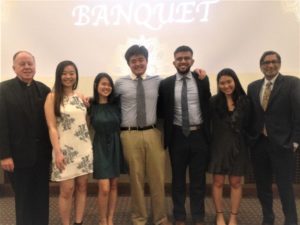 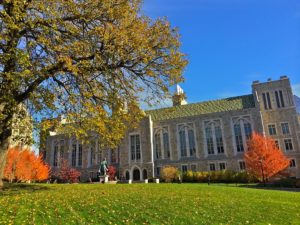