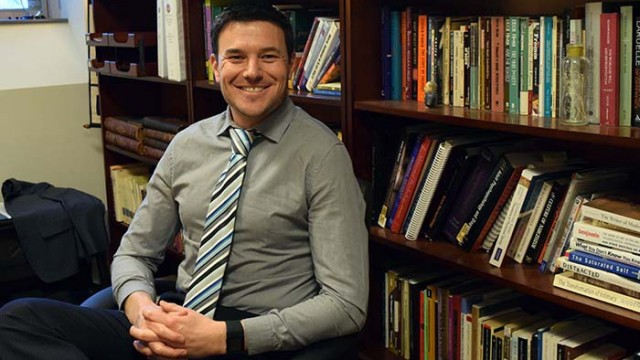 Boston College’s Woods College of Advancing Studies, which offers an undergraduate program for non-traditional students and master’s programs, is in the midst of a curriculum overhaul focused on applicability and practicality.

“Non-traditional students now make up 85 percent of all undergraduate students in the country,” Dean of the Woods College of Advancing Studies Rev. James Burns, S.J., said. “[One of our goals] is to have a program that’s very strong for them, but also relevant.”

The redesign includes offering master’s degrees, such as cybersecurity policy and governance, applied economics, and an entirely online master’s in healthcare administration, which will debut in the fall.

“We have built out a suite of courses that are fully online and others that are hybrid,” David Goodman, academic dean of the Woods College, said in an email. “We will continue to develop this so that each semester there are additional offerings.”

“Our degrees aren’t meant to be theoretical in the way that they might in a traditional master’s program or a program that might lead to a doctoral degree,” Burns said. “Ours are really designed to give students a theoretical background, but also to give them the applied, practical, technical skills they need to be successful and to lead in their organizations.”

The centerpiece of the new master’s offerings is the cybersecurity policy and governance degree. The program was designed using input from industry professionals and an advisory board, which researched the cybersecurity field and determined that BC could fill a substantial gap by creating a more policy-centered course of study.

“We have built the renewed Woods College upon the foundation of Fr. Woods’ years of service, keeping the mission of Woods at the heart of all we do while also making sure the key components are meeting the needs of the current post-traditional learner.”

Employees of the FBI, U.S. Department of Homeland Security, and National Grid are among the program’s instructors. According to program director Kevin Powers, students learn applied, hands-on ways of approaching cyber risk and learn how to recover from cyber attacks.

Burns said the cybersecurity degree has been particularly appealing to law students and current lawyers, many of whom see competency in the field as an important skill for navigating the changing landscape of technology and law. Graduates typically choose between four or five job offers, with titles like “chief information security officer” and “cyber intelligence analyst.”

“It’s designed for folks who need to be the intermediary, as it were, between boards of directors, boards of trustees … and the folks who are doing the intellectual coding, architecting, kind of the front line, more technical aspects,” Burns said.

The certificates offered by the Woods College are also a key part of the curriculum redesign. Burns said that many students get certified in something to help their job prospects or to develop further expertise in a field, and the certificates can also be “stacked.” If a certificate requires four courses, for example, those courses can all be applied to a 10-course master’s program later on.

The Woods College is also moving toward including more traditional BC undergraduates in its courses. Currently, full-time students can take one class per semester in Woods, which is appealing because Woods courses are four credits instead of the usual three. Woods is also the only BC school that offers some classes, like the popular Nutrition for Life.

Burns said that about 300 to 325 traditional BC undergrads take a Woods class in any given semester. Students can also consider accelerated master’s programs, in which Woods will accept up to two undergraduate courses to count toward a graduate degree, allowing some students to finish graduate school in 12 months.

Burns, who took over as interim dean in 2012, and Goodman both stressed that the redesign is in the spirit of Woods College namesake Rev. James Woods, S.J., who served as dean for 44 years.

“We have built the renewed Woods College upon the foundation of Fr. Woods’ years of service, keeping the mission of Woods at the heart of all we do while also making sure the key components are meeting the needs of the current post-traditional learner,” Goodman said. 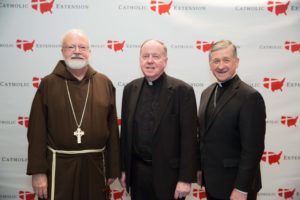