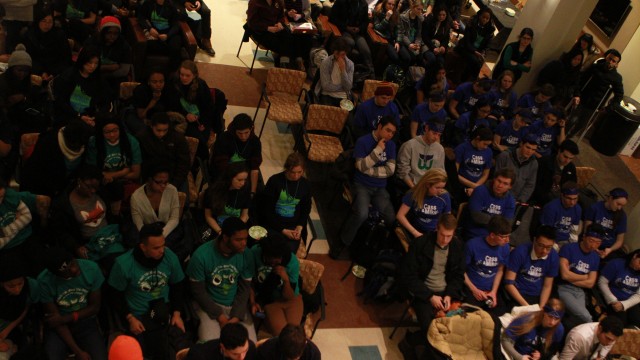 Elections Committee Will Consider Appeal Made to Enter UGBC Race, Despite Previous Decision to Maintain Deadline

Updated Feb. 16, 11:38 p.m.: The Elections Committee will meet tomorrow night to discuss adding the appeal made by the campaign of Nikita Patel, CSOM ’17, and Joseph Arquillo, LSOE ’17, to be added to the UGBC presidential ballot. Administrators will not be present at the meeting.

“It’s very exciting to Niki and I that the Election Committee is taking our appeal seriously,” Arquillo said. “We want to make this campaign fair and honest. It provides a more diverse candidacy for the student body.”

After Patel and Arquillo attempted to enter the UGBC presidential race yesterday, the Elections Committee has decided not to extend the nomination deadline. This prevents new teams from being added to the ballot. The deadline to procure the 250 signatures needed to enter the race was Jan. 29.

Patel and Arquillo, however, have submitted a written appeal to the Elections Committee concerning their initial decision.

The Elections Committee’s discussion came after Elizabeth Foley, MCAS ’17, and Joseph McCarthy, CSOM ’17, dropped out of the presidential race last night due to personal matters. In a statement about their withdrawal, Foley and McCarthy encouraged the Elections Committee to allow other potential teams to join the race to allow for a more competitive election. In the duo’s statement, Foley and McCarthy alleged that the campaign of Anthony Perasso, LSOE ’17, was only for satirical purposes.

“Upon our removal from candidacy, we support the nominations of other campaign teams to ensure a competitive election, as there is only one team with the genuine intention of holding office,” the statement said.

Foley and McCarthy also endorsed the nomination of Patel and Arquillo, who both worked on their campaign prior to the team’s withdrawal. Patel had previously received 250 student signatures, when she originally planned to run as a separate team.

The Elections Committee, however, believes that the race has a fair competition with the two remaining teams: Perasso, and Rachel Loos, MCAS ’18; and Olivia Hussey, current UGBC executive vice president and MCAS ’17, and Meredith McCaffrey, MCAS ’17.

“It is not the job of the committee to evaluate the content of these campaigns,” Elections Committee co-chair Rachel Mills said. “As long as both teams adhere to the rules and requirements of the election, they will be considered equal and valid campaigns.”

The Committee has now voted twice to not extend deadlines for class and school senate positions, as it believes that it is not fair to candidates who turn in their nomination materials prior to the deadline.

“With all of this being said, Joe and Niki do have a right to appeal the decision that we have come to as a committee,” Mills said. “In the case of an appeal, this decision will be evaluated for fairness and to ensure that it is in line with the Elections Committee code.”