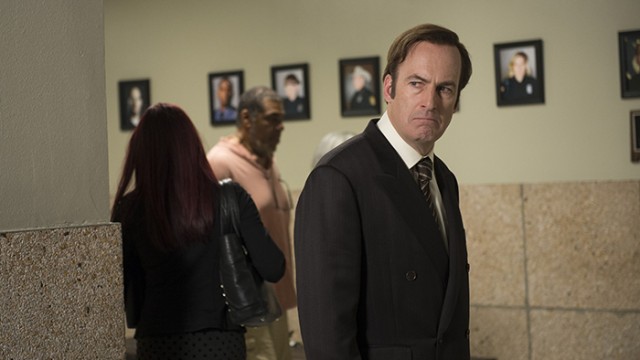 “This is the gravy train, and it’s about to leave the station.”

Though this line might describe the premiere of the second season of AMC’s Better Call Saul quite aptly, it actually came from a character no one expected to see past season one—a character who actually stole the show for most of season two’s first episode. Better Call Saul might be named after Jimmy McGill’s pseudonym Saul Goodman, but for the majority of season two’s premiere, “Switch,” Jimmy was lying poolside at an Albuquerque hotel. Instead, viewers followed Daniel Warmolt, a local pharmaceutical drug dealer who was introduced in season one in a side-plot showing fan-favorite hit-man Mike Ehrmantraut diving into the New Mexico crime scene.

This is a strange way to kick off the new season of one of AMC’s biggest shows. Sure, watching Warmolt try to show off his brand-spanking-new H2 Hummer to Breaking Bad drug dealer Nacho was fun, but what’s so special about this guy that he got to snag the spotlight on Jimmy’s show? This episode probably sets up some plot where Warmolt and McGill, who’ve never met, cross paths and get into some shenanigans, but these Warmolt-centric scenes felt really forced, especially when what little time was spent with Jimmy felt so precious.

It’s fantastic to see McGill pining for his gal-pal Kim Wexler. Their ill-defined relationship in season one left a lot of questions to be answered and it seems, at least in this first episode, that we might see some well-developed romance between the two unfold throughout the rest of the season. McGill and Wexter are quirky, but they understand each other in a really genuine way. The subtle, yet noticeable emphasis on McGill and Wexter’s chemistry was the saving grace of “Switch.” It felt unimaginably real compared to many TV relationships.

Things have changed for McGill. He’s still as restless as a dog chasing its tail, but now we’re not seeing the usual off-the-wall humor and energy that made McGill so admirable in the first season. Now he’s dealing with purposeless restlessness. After finding out that his own brother Chuck has barred him from joining Chuck’s reputed law firm, McGill doesn’t know how to handle himself. “You’re not a real lawyer!” Chuck shouted at him toward the end of last season. With the blank stare occupying McGill’s face throughout most of “Switch,” it seems like his brother’s voice is still echoing in his head.

Bob Odenkirk is still at his best as McGill—there’s nothing to fault him on with this latest episode. Especially considering the spectrum of moods McGill has crossed in the last couple of episodes, Odenkirk is handling the part rather well. We’ve never seen McGill like this and Odenkirk looks noticeably dazed, just as he should. Season one had its share of heavy moments where Odenkirk had to crack down and show viewers that McGill could be more than just the goofball with a charismatic grin, but there was never anything quite like this. McGill’s confused, he’s apathetic, and Odenkirk is pulling off the part seamlessly so far.

That being said, the season premiere’s deviation from McGill’s main storyline was shocking. Yes, it’s purposeful. If viewers learned anything from watching Breaking Bad and Better Call Saul’s first season, it’s that the series’ creator, Vince Gilligan, has always got a grand master plan in mind when he’s approaching a season’s arc. Gilligan doesn’t mind if things don’t make sense or seem relevant for a couple episodes and, to his credit, this strategy has worked remarkably well for him with both Breaking Bad and Better Call Saul. That’s why it’s important not to discount this seemingly unfocused season premiere. There’s probably a big design evolving in the background that just needs to play out.

This is where Warmolt’s gravy train quote comes into the picture. “Switch” answered practically none of the questions that the end of season one asked. It actually just loaded more onto the already heaping pile. And, to an extent, that’s fine. This is what you need to expect when you gear up for a season of a Vince Gilligan show. This is just the first stop that the 10-episode season has planned, and judging by Better Call Saul’s ratings and AMC’s enthusiasm for the show, this train will be in service for quite some time. With Odenkirk and Gilligan as the conductors, viewers are in for a fun, albeit crazy ride, with no rest stops in sight. All aboard the gravy train, it’s time for Better Call Saul.