Home » In an Effort to Privatize, MBTA Looks to Cut Over 200 Jobs 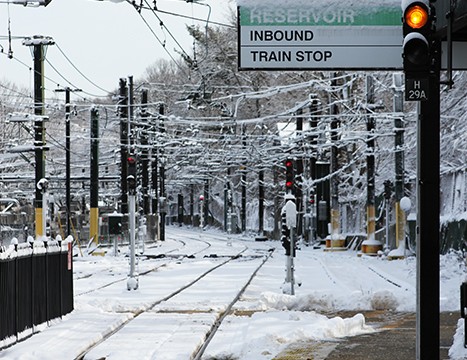 In an Effort to Privatize, MBTA Looks to Cut Over 200 Jobs

MBTA officials have unveiled their plan for privatizing several corporate services. Specifically, the group plans to cut 250 jobs, which has intensified hostility between union leaders and administrative officials.

The initial target of the outsourcing, according to MBTA reports outlining the privatization plans, will be the automated fare technician (FAC) services. This will account for 165 of the 250 jobs to be eliminated by MBTA privatization. The outsourcing, granted through a three-year exclusive suspension of the Pacheco Law, which regulates privatization in the public sector. One of the 13 companies interested that could undertake the project has previously overlooked similar projects in Chicago and London. The effectiveness of these endeavors has been widely disputed by officials of the respective cities.

The focus of exercising these flexible contracting methods is to control operating costs in non-core areas, which include long-term pension and retiree health. This focus is consistent with the “cost control problem” in the operating budget that Brian Shortsleeve, chief administrator of the MBTA, identified as the primary concern of his administration earlier in the year. Despite this clear goal, Shortsleeve and his cohorts have not produced a specific dollar value to support the outsourcings of departments like FAC, although they have provided a vague estimation of a few million dollars.

Thirteen companies have already shown interest in the contract, according to MBTA officials, including Wells Fargo, Xerox, First Data Government Solutions, and Accenture.

Over the last decade, according to the 2015 special panel report on the MBTA commissioned by Governor Charlie Baker, the neglected transit authority had slipped slowly into fiscal insolvency and structural disrepair. During this time, workers and union leaders became accustomed to operating under an unaccountable and indifferent management system. These traits trickled down from the management into almost every department in the MBTA. The April report also added that there had been six MBTA general managers, including three interims, making the current GM, Frank DePaola, the seventh in 11 years.

These rapid changes in leadership inhibited any development of enduring communication or system integrations. This past summer, the leadership team was reorganized and re-staffed to clearly outline the responsibilities of each individual. The MBTA culture endured the administrative changes and with it, so did the unspoken segregation of management and the workforce, especially Union leaders.

Lou Antonelli, president of Boston’s Electrical Union, Local 103, condemned the privatization as a flagrant “union-busting tactic” of this administration to eradicate whole departments of union employees without any accountability or definable benefit other than their empty intentions to “privatize.”

“Although there might be issues with the equipment, there is no problem with the maintenance technicians,” Antonelli said. “That group is arguably the most productive and most efficient group in the MBTA.”

James O’Brien is president of the Boston Carmen’s Union, representing around 70 employees in the FAC employed in Charlestown’s Sullivan Square “money room.”

“Our guys have been doing great work, they’re senior employees,” O’Brien said to the Milford Daily News. “They do a great job at the work they do.”

“The administration is fixated on this word, ‘privatization.’ Now ‘privatization,’ if it’s done right, can have a positive effect,” Antonelli said. “But they’re just not considering what the costs are. To eliminate a workforce like this AFC maintenance crew … That’s a cost right there, that’s not a savings.”

Despite his praise, in 2012 State Auditor Suzanne Bump found several lapses in security practices in the very same facility. Among Bump’s findings, there were incomplete tracking of fare box cash and deposits, and fare money was not being protected. Most alarmingly, while technically no definitive evidence of lost money or theft was found, Bump did find that $100 million was not accurately processed from 2006 to 2011.

“There is an $8 million dollar discrepancy that the T can not explain,” Antonelli said. “I have asked Brian Shortsleeve to explain why he’s saying 17. We know it’s only nine and he won’t do it. So I have written a letter to the state auditor, Susan Bump, asking her to look into that discrepancy.”

Returning to the pressing issue of privatization, Antonelli captured the antipathy and overall sentiment of distrust the union concerning the direction of the MBTA.

“The administration is fixated on this word, ‘privatization.’ Now ‘privatization,’ if it’s done right, can have a positive effect,” he said. “But they’re just not considering what the costs are. To eliminate a workforce like this AFC maintenance crew … That’s a cost right there, that’s not a savings.”