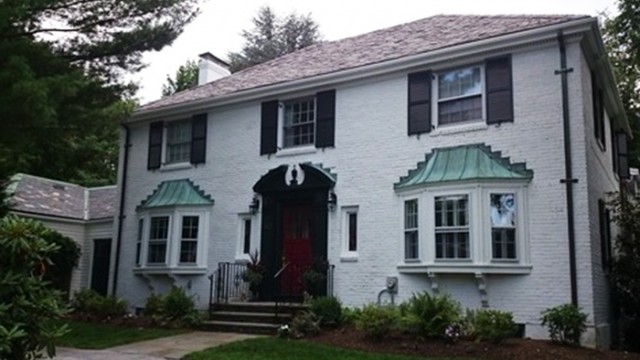 For over a year, the Office of Residential Life and the Jesuit community have been working on a new initiative that will provide male Boston College students with a living space where they can explore the option of becoming a Jesuit.

The Loyola House is expected to open in the fall semester of 2016, and it will be a residential option open to both undergraduate and graduate students. Rev. Casey Beaumier, S.J., the director of the Institute for Advanced Jesuit Studies, will be the leading director of the program, and Francisco Sassetti da Mota, a Portuguese Jesuit who is currently studying at the School of Theology and Ministry, will accompany him. According to Beaumier, other Jesuits from Saint Mary’s Hall and the Peter Faber Jesuit Community will also be involved in the program.

“I think having an option like Loyola House contributes in a very positive way to the future.”

The program was proposed as a way for young men studying at BC to discern whether the Jesuit lifestyle is one that they are seriously interested in. The programming that takes place in this house will give the residents a spiritual experience that is, in certain ways, similar to a priest’s.

The students will be encouraged to focus on the notion of living in a community, which means there will be various activities for them to participate in. Some of these activities include service projects and weekly dinners, and they are meant to give residents an idea of what it is like to live in a Jesuit community.

House members will have spiritual directors to help them with their needs as they take the time to contemplate their choices and learn more about this aspect of the Catholic religion.

The house will be located at 50 Quincy Road—between the College Road dormitories and Comm. Ave.—and students living there will have access to a chapel, kitchen, and dining hall.

“I think having an option like Loyola House contributes in a very positive way to the future,” Beaumier said in an email.

He explained that the discernment program is still in its early stages, but that he is very hopeful for the future opportunities its development would create for the students.

“We want there to be Jesuits for the future, especially at places like BC,” he said. “So it makes a great deal of sense that we do what we can today to help promote the future work of the Jesuits.”

Beaumier continued to express his hope for the program’s establishment and also acknowledged that the number of members will probably be relatively small. Realistically, the Loyola House will not be able to fit as many students as most of the residential options on campus because it is a house. He explained that the simple existence of such an option demonstrates the hope he has for the future of the Jesuit mission.

Currently, the Manresa House on College Road serves as a resource for BC students looking for assistance with their vocational discernment. Led by Rev. Terry Devino, S.J., the Manresa House aims to promote conversation that leads to individual discernment. It organizes various retreats and meetings throughout the semester in order to help students explore their personal callings.

Although the Manresa and Loyola houses will be working toward the same goal, the Loyola House is different because it is a residential building. Thus, the addition of this new program will add to the spiritual support system that BC students can access if they so desire.

“Boston College is distinctive because of its Jesuit Catholic identity,” Beaumier said. “Many people at BC care a great deal about this aspect of the University.”