I’ve often thought that life closely resembles a giant game of Whac-A-Mole. If you actually manage to fix one thing, something else inevitably pops up and goes wrong and then you’ve got to fix that too. As far as I can tell, this horrible chain will continue until you throw in the towel out of sheer disgust for the vicious cycle and walk away from the problems altogether.

This might not be the best strategy, but it definitely works. And most of the time it only results in mild feelings of regret.

But unfortunately, this Whac-A-Mole problem doesn’t only apply to individual people, like me, it seems to be something that plagues larger entities, like the City of Boston. Take for example what took place within Boston’s art world over the past week.

The Boston Public Library (BPL) houses many examples of stunning art and architecture alongside its extensive collection of books. One of these examples is a set of eight 19th century French murals surrounding the Library’s main staircase. Installed in 1895, the murals were painted by the famed muralist Pierre Puvis de Chavannes and depict The Muses of Inspiration. Each mural was painted on a canvas, and installed in a manner that mimics the installation of wallpaper. Unfortunately, after so many decades, one of these murals is beginning to peel off.

According to WBUR’s The Artery, BPL officials noticed that the mural depicting the muses of philosophy had developed a bulge in the upper right corner. After a scramble to identify the cause—the degradation of supports due to moisture—BPL officials worked with art conservators to develop a method of safely removing the mural from the wall. Happily, everything went as planned and the mural is safely awaiting a restoration process that is estimated to take between six and eight weeks.

But just as this art problem was solved, another popped up on the musical side of Boston’s art community.

After 36 years of performances, the Boston Classical Orchestra (BCO) filed for bankruptcy. According to The Boston Globe, the orchestra was unable to cope with steadily declining subscriptions. After originally cancelling their remaining performances, the orchestra will finish out the year under a new name: The Bach, Beethoven, and Brahms Society.

Organized under Steven Lipsitt, the former music director of the BCO, this new group, which features many members of the former BCO, will perform five concerts in the upcoming year. The original problem, although not fully addressed, has at least been momentarily resolved.

Unfortunately, the closure of the BCO in not neatly resolved like the problem of the Boston Public Library’s murals. The BCO unearths a larger problem of funding in Boston, one that cannot be easily resolved.

After a recent study by the Boston Foundation was published, it became apparent that the city of Boston suffers from an underfunded arts community that makes it difficult for smaller organizations, like the BCO, to survive. According to The Artery’s analysis of the data, while private Boston individuals are very generous in their support of the arts, larger organizations in Boston are much more reticent to contribute funds than organizations in other metropolitan areas. Arts-focused organizations also pay the full cost of their facilities, which ultimately adds up to be much more than other arts and cultural organizations pay in other American cities.

This is a problem that Bostonians cannot walk away from. While Whac-a-Mole might be an okay(ish) strategy for an individual person with limited responsibilities, it is definitely not a strategy that a city can avail itself of. A city has too many people to protect, too many individuals to cater to on a daily basis.  It must learn to cope and balance, which is exactly what Boston needs to do with the funding and promotion of its vibrant arts culture. And now, with these problems under more scrutiny as of late, Boston has a chance to pull the innovative minds that populate the city together and develop a lasting solution.

In Boston, as with in any city, these problems will never be dealt with as easily as a game of Whac-A-Mole, but they must be addressed. Because without these small organizations that add beauty and spontaneity, a city has no life. 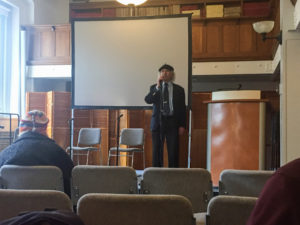 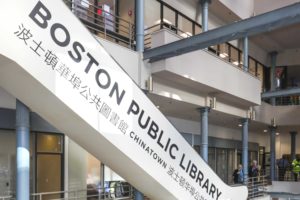