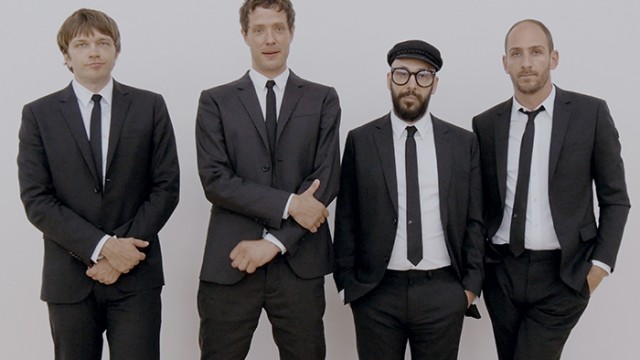 The concept for Ok Go’s newest music video, “Inside Out and Upside Down,” which appears to have been filmed in one take in a zero-gravity flight, is quite exciting. The initial scene, however, seems ordinary. The four members of the group sit quietly inside the cabin of a plane. The video soon picks up its pace as the song comes on. The team types on its computers, synchronizing with each other, then gravity disappears and objects begin floating and being thrown around the room.

The visuals gradually grow more and more extravagant, with some members jumping out of their chairs, and colored balls are released as the song builds. The aesthetics move along with the relative intensity level of the song. When the track winds down, the screen becomes less cluttered. Then, at the last big movement in the song, balloons filled with paint burst as color fills the screen. The video ends when gravity is finally restored and the floating paint rains down from the air.

Though the song is quite expansive at points, its music video feels confined in comparison. This, of course, is a matter of practicality, since the only way to simulate zero gravity is inside a plane. It does, however, call into question the relevance of the video’s concept. A zero-gravity setting does correlate roughly with a line in the song: “gravity’s just a habit that you’re really sure you can’t break.” But beyond that, the video does little to justify itself—it just looks cool. Little meaning or clarification is added to the song by the video.

But, in the case of a pop-rock song with relatively little lyrical complexity, that doesn’t seem to matter. The music video is a fun video for a catchy song. There doesn’t appear to be any overt artistic agenda, because there doesn’t need to be. By the end, your eyes are assaulted with color as the music overflows your ears with sound. “Inside Out and Upside Down” may seem like just a gimmick, but it’s definitely a fun ride.

ok go
LTE: A Response to the Election Committee’s Decision
‘Vinyl’ Deftly Critiques the Cultural Evolution of Music of the ’70s 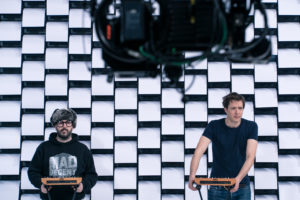