A Reflection on the ‘Alternateen’ Phase

Writing on the rubber of my Converse was the one action concerning fashion I could never reconcile with my mother. Throughout the wild ride that was what she called my “alternateen phase,” my mom valiantly rode out the colored skinny jeans, the graphic tees purchased exclusively at Delia’s or band merchandise tables, and the side bangs that covered almost half of my face. She drew the line at having to buy me multiple pairs of the same black sneakers, however, just for me to purposefully tatter them and deface any white surface with my favorite All Time Low lyrics. By now, I’m sure it’s pretty clear that in middle school I was the worst. I fit into every single stereotype of the alternative pop/rock fan girl, driving my parents insane by blasting MCR in the car on family road trips and answering basically everything they asked with, “Whatever. You wouldn’t get it.” I repeat: I was the worst.

But even while I cringe thinking about all the Blink-182 posters and Never Shout Never stickers I proudly displayed, I can’t help but look back on this phase—which I promised everyone was permanent, or even worse, “the real me”—with some sense of fondness. This was a time when I knew the lyrics to every single song on my iPod Nano, and practically had the track listing of each alternative rock record memorized. My friends would play a game with me in homeroom, timing how long it took me to recognize a song and then gaping in amazement as I cut the number of seconds from the teens to nearly indiscernible values. It’s been awhile since I’ve been so invested in all of the music of a band, much less of multiple different bands.

The current Top-40 system lends itself to a dichotomy of fandoms: artists are either written off as one-hit-wonders as their one lucrative summer comes to a close, or they are so intensely stalked by a fan base that knows more about the band’s members than the members themselves do—we’ve seen the insanity that is “Bieber Fever.”

It’s a depressing prospect, especially for those on the less successful side of the spectrum. With Spotify and iTunes making it possible for fans to download only the hit single, some performers quickly become irrelevant. No one can sell out hour-long touring sets to an audience that only came for one song. This divide isn’t exclusive to pop—even my beloved “alternateen” genre is being split into unsuccessful ventures like This Century and globally known personalities like All Time Low. This can’t solely be the cause of music streaming services, however, since those were around for all of my (painfully expensive) middle school downloads.

The problem lies within the community of these “fandoms.” Those who find a new group they enjoy have to tread carefully until they’ve done enough research, because if they slip up and mention their new affection to a super-fan, they’ll be mercilessly attacked. “Can you name more than five songs? What’s their lead singer’s name? Which member’s basement did they hold their first practice in during their junior year of high school?” Laugh all you want, but notice how easily you can imagine a Directioner spitting that interrogation at you. For our own safety, we’re left to either dedicate an inconvenient amount of time to researching a new affinity, or feign indifference, and at that point, it’s too easy to give up all together.

I’m not saying we should bring back the “I <3 Boobies” rubber wristbands. I’m not saying that shopping for accessories at Hot Topic was one of my better ideas. I am sure as hell not trying to bring back the whole, “rawr means I love you in dinosaur,” thing. What I’m suggesting is bringing back the invested following of a band without any qualifications for considering yourself a fan. I want to tweet a live stream of my first time listening to a new album and not get angry replies because I’m simply enjoying the music, and not considering the songwriter’s “tragic and moving backstory.”  Maybe I’m just feeling sentimental after finding a defaced Chuck Taylor in my closet over break, but I think it’s worth a shot—it’s time to bring back the OG fangirl. 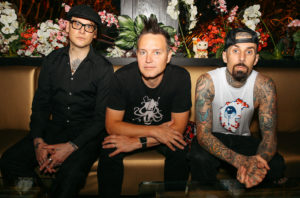