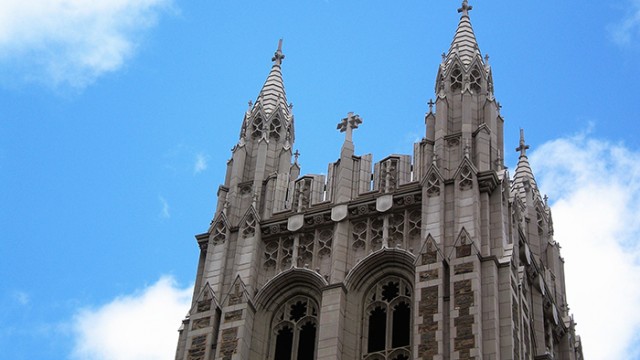 In early 2013, Tom Coburn, BC ’13, dropped out of Boston College, veering sharply off his path to medical school, to work full-time on his startup, Jebbit. In 2015, Coburn was named to Forbes Magazine’s 30 under 30 list in Marketing and Advertising for his work on Jebbit. Coburn came to BC in 2009 ready to tackle four years of a biology major’s requirements, then move on to attend medical school.

Three years after starting college, however, Coburn started Soaring Startup Circle (SSC), a program for BC students who are pursuing an idea and aspire to become entrepreneurs. This year will be its third in existence.

“We’re just trying to give students the opportunity to go for it for the whole summer, and just invest all their time and energy into trying to get an idea up and running,” Coburn said. “We care less, honestly, about the physical idea itself. It’s much more about the people and getting them a great educational experience.”

After Coburn’s roommates introduced him to Boston College Venture Competition, a competition for venture capital that is now a program under the Shea Center for Entrepreneurship, his career outlook took an unexpected turn. During Coburn’s sophomore year, his team submitted an early version of Jebbit and it tied for first place. The following summer, in 2011, he was invited to participate in Highland Capital’s [email protected] program, where he was given $10,000 of funding, speakers to learn from, and three months to work on his idea. His experiences during that summer program were a driving factor in starting SSC.

“He was pretty frustrated that there wasn’t enough for students either after they graduated or during the summers,” said Miguel Galvez, co-founder of SSC and BC ’12, and co-founder of SSC. “Before that point he was forced to choose between working on his company and getting a paid internship, an experience that he was frustrated that not more BC students got. And it was that frustration that led him to email a bunch of guys, a bunch of alumni, to get this started.”

SSC normally takes four teams over the summer and throws them into the startup world. According to Coburn, teams are given funding, normally around $10,000-$15,000 per team, which is meant to give team members some income for three months without needing to get a second job and to cover some small costs like launching Web sites or hosting. Every Wednesday night, SSC brings in a CEO, 10 in total, to speak with the accepted teams and share their experiences with starting their companies or investing in startups.

“I think [other schools] just have more resources. We’re all competitive, proud alumni. I mean, we want to see BC succeed. At SSC, we’re looking at ‘How do we expose talented students to the resources they need to be leaders of these fields?’”

-Miguel Galvez, co-founder of SSC and BC ’12

There is also a session during the week that looks more closely at specific topics such as marketing, product development, or legal workshops. This is meant to help students build a large, influential network around the Boston area. SSC will also provide students with an office space to work in. The idea is to let the students see what startup life is really like—the different office cultures, processes, and communication styles.

“That’s probably the one thing that’s most unique about what we do, versus some of the other programs out there,” Coburn said. “We literally just give you a couple desks in our office space, next to our employees.”

The application period begins in May for the summer of 2016 and will feature a written application, a 15-30 minute idea pitch to all six board members, and a lengthy question-and-answer period. Everyone with an idea is encouraged to apply, keeping in mind that the program is, essentially, a full-time position working on a project.

While the resources that the University provides the students with are good, they are fairly limited, Galvez said. Aside from the BC venture competition for funding, and initiatives surrounding that, there is not much else for BC students to draw help from. Galvez, however, mentioned that the University is working toward more of an entrepreneurial push by bringing in Jere Doyle, the managing director at Sigma Prime Ventures, as the executive director and senior lecturer for the Shea Center for Entrepreneurship, as well as the introduction of entrepreneurship as a co-concentration in CSOM.

“I think [other schools] just have more resources,” Galvez said. “We’re all competitive, proud alumni. I mean, we want to see BC succeed. At SSC, we’re looking at ‘How do we expose talented students to the resources they need to be leaders of these fields?’” 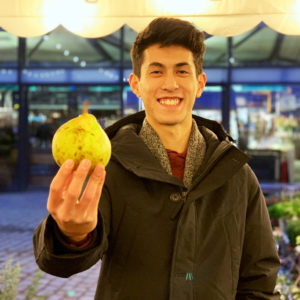