If you walk down Centre Street in Newton Center, you will notice its busiest, and trendiest, new addition, the Little Big Diner. Perhaps it was a strain of pop music drifting out from the inside that caught your ear, or maybe it was the bright orange of the restaurant’s stools that grabbed your attention through the window as you walked by. It’s even possible that you noticed the crowd of hungry restaurant-goers that always seems to be hovering in front of the restaurant, hoping to get a seat or curious about what everyone was eagerly waiting for.

The Little Big Diner opened in January under the leadership of chef and owner David Punch. Punch began considering opening another restaurant after his other Newton restaurant, Sycamore, reached its three-year anniversary. But instead of continuing to work within the confines of romance language cuisine, Punch decided to approach a concept that was slightly more straightforward than the complexity of an appetizer-entrée-dessert restaurant. With the Little Big Diner, Punch embraced his love for East Asian cuisine.

Although they are close in proximity, this tiny ramen shop could not be more different from the more traditional Sycamore, as it fits only 18 customers at a time. The shop opens early and closes late, and features many daily specials announced on chalkboards hanging from the ceiling. Meticulously arranged place settings are abandoned in favor of small, wooden racks on each table that hold traditional ramen eating utensils. All of these qualities ultimately help to create the cozy and casual atmosphere that Punch hopes to achieve.

“I just wanted to try something new, something different, where it was a little more immediate, a little friendlier and a little more accessible to everyone who wants to come in, if you know what I mean,” Punch said. “I don’t really like big restaurants all that much … You become more of a manager of people than a cook.”

Although the Little Big Diner kitchen is under the daily command of chef Daniel Scott, there is no mystery as to why Punch wants to maintain his hand in the kitchen. Ramen is Punch’s favorite dish, and the Little Big Diner embodies his passion for ramen. He readily acknowledges that the establishment is not a money-making endeavor, but rather an incubator restaurant. If the concept of the Little Big Diner proves successful, there is a chance that Punch would open more locations in the Boston area with even smaller and simpler menus.

“This [is] a Little Big Diner, so we have a bunch of different things on the menu,” said Punch. “It’s not just ramen, it’s ramen, rice bowls, and then we have small plates. We make our own dumplings, and then we do chicken wings and all sorts of appetizers.”

But the star of the menu is certainly the ramen, which has a comforting depth of flavor that sets it apart from many other Boston ramen shops.

When speaking about the process of actually crafting the ramen, Punch warned against assuming that the simplicity of the end result means the process is minimal.

“Sometimes the simplest things are the hardest to pull off,” he said. “We make a double broth here, so we start off with making a dashi, which is a very umami-rich, very simple, often called the simplest of simple Japanese stock that you can make,” he said. “We steep that in water and then we put Benito flakes in there and then we let that sit for a couple hours.”

After boiling a broth for between 11 and 15 hours, Punch uses a refractometer to measure the Brix Level and density of the broth. This precise measurement informs the chefs exactly  when their intricate broth is ready, and although Punch seems to have the broth worked down to a science, he emphasizes the unique nature of ramen broth.

“Every broth is going to be different,” Punch said. “They’re living things.”

Punch certainly does his best to make his ramen shine, as he uses the same ingredients that he would use in his high-end restaurant, Sycamore, without charging high-end prices.  Many ingredients are sourced from the New Jersey Sun Noodle Factory, the same place where artisanal ramen shops across the country order noodles and miso from.

Although the ramen is the star, Punch’s current favorite item on the menu is the “Hawaiian-Style” burger appetizer, which packs intense flavors into what Punch calls “a perfectly greasy little burger.”

Despite his lighthearted and outgoing attitude, it is obvious that Punch takes the ramen, and his work as a chef, very seriously. Instead of viewing ramen as a quick fad, Punch emphasizes the innate complexity of the dish. The Little Big Diner ramen is classic, and Punch works with Scott to make it as authentic as possible. 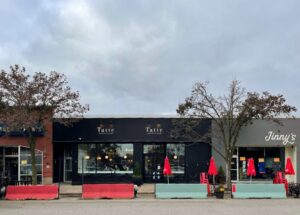 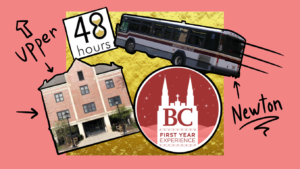