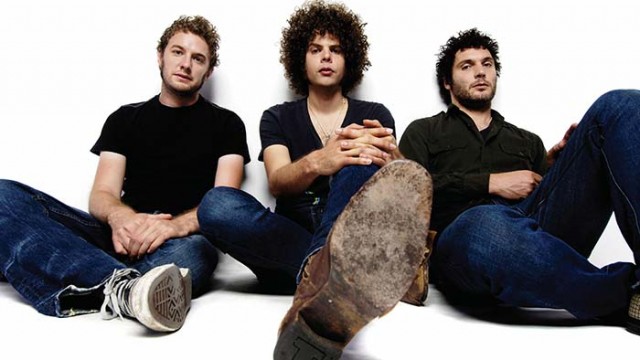 If imitation is truly a form of flattery, each new Wolfmother record marks another occasion for ’70s rock icons like Jimmy Page, Roger Daltrey, and Tony Iommi to sit back with pride and soak up their legacies. For over a decade, the Australian trio’s calling card has been an uncompromisingly retro delivery of hard rock in the vein of Led Zeppelin, Black Sabbath, and several more of the genre’s key pioneers. Critically speaking, Wolfmother’s blatantly derivative nature has been a double-edged sword, although when the quality is as unmistakable as its eponymous 2006 debut—a high-water mark the band has unfortunately yet to match—it becomes difficult to take aim at Wolfmother simply because “it’s been done before.”

Album number four for the Aussies, the Brendan O’Brien-produced Victorious, is anything but a stylistic departure. Very little of its lean 36 minutes of ’70s-tinged hard rock will contain any surprises. What is truly puzzling, however, is the LP’s incredibly odd chronological duality—its first half stands toe-to-toe with the best moments in the band’s catalogue, and its second half is astronomically bland and uninspired.

“The Love That You Give” and the titular “Victorious” are perhaps the most effective opening one-two punch on a Wolfmother album to date. The former is explosive, yet concise as lead singer Andrew Stockdale effortlessly channels an early-’70s Ozzy Osbourne. The latter, “Victorious,” is simply larger than life, with an irresistible guitar riff and an appropriately triumphant chorus. The keyboard-laced “Baroness” is another gem, calling to mind the less spacey moments in Blue Oyster Cult’s catalogue.

The band’s crunchy rock assault is dialed back for the folksy ballad “Pretty Peggy,” a tune that’s as anthemic as it is hopelessly romantic. Its slight resemblance to alternative contemporaries like Mumford & Sons may turn a few heads, but it’s still firmly rooted in Led Zeppelin’s “Going to California,” tradition more than anything else. Closing out the first half of Victorious is “City Lights”, a smooth, yet upbeat showcase of exuberant rock and roll. Stockdale’s vocal harmonies in the chorus are particularly airtight, and producer O’Brien’s bright, vibrant mix allows the tasteful bass lines to coexist harmoniously with the razor-sharp guitars.

Then, remarkably, as if this superb handful of songs exhausted all of Stockdale’s songwriting chops, Victorious takes a pitiful nosedive into its dreadful second half. In terms of memorability, inventiveness, charisma, or any semblance of a dynamic moment, these five tracks offer close to nothing. Promises were made on the album’s outstanding first half that simply couldn’t be kept. The shift is immediately noticeable on “The Simple Life,” which is a somewhat satisfying, but forgettable affair, redeemed only by a colorful harmonized guitar solo that breaks up the monotony.

After the catchy but similarly underwhelming “Best of a Bad Situation,” the LP’s diminished momentum plummets with the utterly lazy “Gypsy Caravan,” which contains the most unimaginative, transparently recycled guitar riff that’s likely to appear on any rock album in 2016. “Happy Face,” another sludgy Black Sabbath attempt, drones on, directionless for its first two and a half torturous minutes, and by the time it picks up its pace—both in terms of tempo and attitude—it’s too little, too late. “Eye of the Beholder” closes the record out with an energetic stomp, but, with yet another drab, throwaway chorus. At this point the boisterous swagger of “The Love That You Give” and the title track is barely visible in the rearview mirror.

Perhaps Wolfmother’s revolving door of musicians is its Achilles’ heel—frontman Andrew Stockdale is essentially a one-man band in the studio, writing and performing everything on Victorious save the drums and occasional keyboards. When it comes to crafting an entire album’s worth of standout rock ballads, Stockdale has a hugely demanding task in front of him with each new batch of songs. All things considered, the record’s two sharply juxtaposed halves are certainly strange. That the track list was knowingly arranged in this fashion is doubtful, but the yin and yang on Victorious is fascinating nevertheless—how even a shining display of excellence like the front half of this record can have a looming shadow not too far behind.