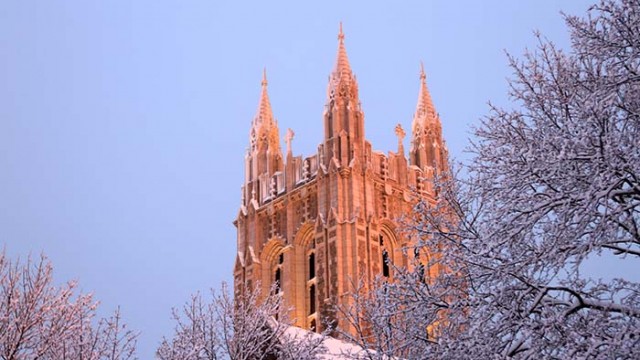 Although Greek mythology is considered a staple of childhood literature today, before Nathaniel Hawthorne, these stories were considered to be too adult in theme for children, according to Sheila Murnaghan, the Alfred Reginald Allen Memorial Professor of Greek at the University of Pennsylvania, who came to speak at Boston College on Thursday evening. Murnaghan spoke about the methods Hawthorne used to integrate Greek myths into suitable children’s stories.

Murnaghan, a prominent Greek literature scholar, was invited to speak as the second guest of the Heinz Blum Memorial Lecture Series this academic year. Since 2000, the lecture series, named after the late Heinz Blum, who founded the BC German studies department, annually brings in well-known scholars from across the country to speak about literature.

“Many people today have pleasurable experiences with mythology in their childhood. Hawthorne was able to have classical culture integrated into the modern experience.”

-Professor Sheila Murnaghan of the University of Pennsylvania

The event, held in Gasson 305, was well-attended by faculty, students, and the general public. Franco Mormando, a professor in the romance language department, introduced Murnaghan, who lectured for about 50 minutes and took questions afterward.

“Many people today have pleasurable experiences with mythology in their childhood,” Murnaghan said. “Hawthorne was able to have classical culture integrated into the modern experience.”

Murnaghan started by giving some background on the cultural views of Greek mythology at the time of Hawthorne. In the mid-19th century, telling Greek mythological stories to children was not commonplace because the content matter was very adult, with prevalent themes of adultery, murder, and theft. Additionally, since many of the characters were religious figures from ancient Greek religion, these tales were considered pagan and unholy in the eyes of most American Christians.

She then went on to explain how Hawthorne reworked these tales to be suitable and widely accepted by 19th-century Americans. In his two children’s books, Hawthorne uses a framing narrative of a young college student, Eustace Bright, who is telling these tales to a group of children. Bright is meant to represent Hawthorne himself. Murnaghan stated that the views and dialogue of Bright correspond to Hawthorne’s own thoughts and views on childhood.

Murnaghan proceeded to provide examples of the changes that Hawthorne made to the characters and storylines of the original Greek myths. Since many of the themes of the original tales could be dark and disturbing, Hawthorne had to make slight changes to make them into children’s stories. Murnaghan pointed out the story of Pandora’s box as an example of Hawthorne changing the tone of a story to be more suitable for children. In the original story, Pandora’s mistake was incredibly costly, opening a jar that let all of the evils out into the world. Murnaghan explained how Hawthorne’s reworking of the story is much less drastic, portraying the incident as a child’s mistake without massive consequences.

Murnaghan then delved into the Christianizing nature of Hawthorne’s stories. Either by subtle or overt measures, Hawthorne placed touches of Christianity in these new stories. Even though the stories of Greek mythology were pagan, Hawthorne thought that the lessons taught through them were not in conflict with Christianity. Murnaghan pointed out that while these stories conveyed important moral lessons, they “offered moral messages lightly.” She explained that Hawthorne changed many of the characters in the stories to be children instead of adults.

“First and foremost, these were entertaining stories for children,” Murnaghan said. “But in addition, they were now stories about children.”