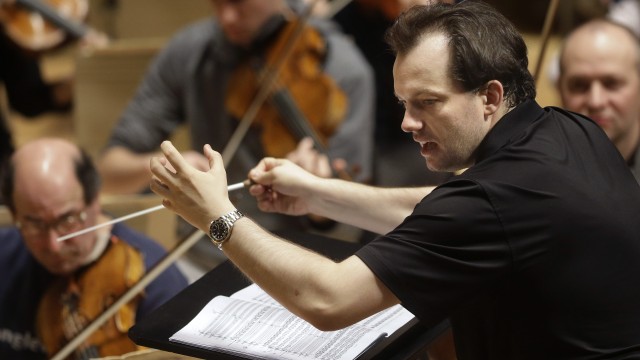 This past weekend, I started my ultimate music history-buff move: curating an exhaustive list of my favorite classical works. As a violinist since first grade and progeny of a family of classical enthusiasts, I pride myself on having an intimate connection with the classical greats—Rachmaninoff’s elevating piano concertos, Beethoven’s deeply profound symphonies, Paganini’s technically incredible violin caprices—since before I can remember. Unfortunately, as expected, my list project backfired in a lot of ways: I did none of my required homework, I lost a Spotify follower, and I didn’t even end up finishing the list because I became immersed in a cathartic rediscovery of how much I love Franz Liszt, Romantic-Era composer, virtuoso, and superstar, who reshaped the way an entire planet understands classical music, and what it does for humanity.

To keep it short, Liszt was a colossal and unrivaled pianist, whose solo performances defined the idea that a pianist could attract, and deserve, crowds of thousands—“A god for pianists,” as composer Berlioz said. He was alluring and brilliant, with a natural sort of magic that set off the phenomenon that poet Heinrich Heine termed “Lisztomania”—a condition in which swooning female fans would literally faint in his magnetic presence, throw their brassieres onto the stage, and collect his cigarette butts as souvenirs. His music is rich and tantalizing at times, romantic and dreamlike at others, and always technically complicated, making him an inevitable adversary for any music student—a titan of emotional understanding and practical mastery.

In the middle of my forgotten list I found myself embarrassingly teary-eyed at this virtuosic genius, now 100 pages into his gorgeous three-volume biography by Alan Walker, and in the context of the overwhelmingly lame, uncontroversial Grammys last week, I scrolled through my classical music playlist and wondered, “Is anyone else feeling this?”

This is no elitist, I-was-totally-born-in-the-wrong-generation, woe-is-me-pop-music-is-shallow lament. Anyone who knows me can attest to my position on the Nicki Minaj defense squad, the fact that I’ve had Zayn’s “Pillowtalk” on repeat since its release, and that I wrote my last column for The Heights on Beyonce—all in all, that I am a shameless lover of the celebrity phenomenon and am unafraid to defend it. But it still feels to me that classical music has a timeless sort of depth, maybe one that we as youth should draw upon to reconnect with the most important facet of our humanity: our emotions.

Obviously, the tears I shed at Franz Liszt’s brilliance are not unique to me. In times of tragedy, classical music has often given us comfort: Barber’s “Adagio for Strings” has become the effective anthem of mourning in our country, though it wasn’t written with that intention. Similarly, the first thing I do in the aftermath of human tragedies lately (mass shootings, police brutality, natural disasters, terrorist attacks, unjust rape trials) is listen to instrumental music.

Lately in my MCAS Honors seminar, we have been learning about the ideals of Enlightenment thinkers. Most notably, Immanuel Kant tells us in his famous essay “What is Enlightenment?” that it is the courage to sapere aude—dare to know. It is a rejection of the easy way out, an embrace of the difficult, a willingness to think for ourselves—only then can we become enlightened within our humanity. It is with these academic principles in mind, or perhaps even the notion that I have access to these complex academic principles with my $60,000 tuition, my BC bubble, and my safely locked and maintained dorm, that I reflect in these spaces on what I am doing on this Earth—what I should accomplish, when people are struggling even to survive in just the next country over, the next city over, the next street over. Listening to Franz Liszt unlocks in me not just my deepest emotions, but the knowledge that I have the capacity for these deep emotions, that I am magnificently human. Feeling in this capacity is an assertion of our shared humanity.

There are so many problems in the world. There is no simple answer to the diplomatic impasses between America and the world or to the dismal outlook of millennials, to the oppression of freedom by tyrannical governments, to the social and political divisions between warring parties. Obviously, just listening to music is not the cure-all to the world’s great problems. But it is still incomparably powerful. It insists on mindfulness from its listeners, on a silent and powerful affirmation of our humanity. If we drew upon music, or rather, upon the unique, wordlessly human quality of the emotion, I think we as individuals could understand each other, and ourselves, in a much deeper and necessary sense. It may inspire the urge to actually doing something.

“A sympathetic recognition is assured,” Liszt writes, “to everyone who consecrates his art to the divine services of a conviction of a consciousness.” Art has a knack for opening minds, and in this time of change, perhaps that’s just the push we need.

music classical music humanity liszt
MLK Scholarship Award Granted to Chiamaka Okorie
‘If You Could Time Travel, Would You Go to the Past or the Future?’ 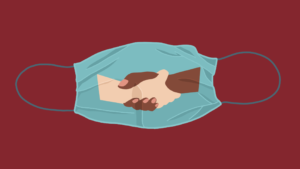