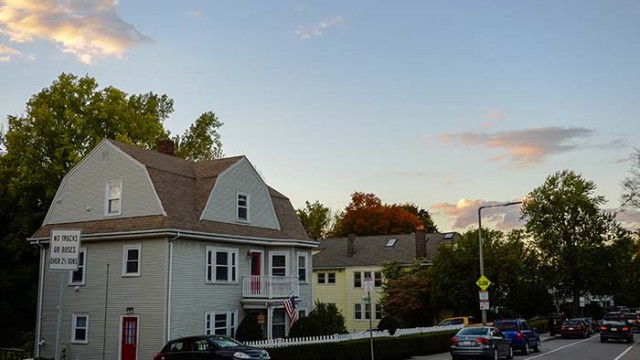 It’s that time of year again. “Housing” is a word that often makes Boston College students cringe, especially for undergrads who are not guaranteed four years of housing and graduate students still on the hunt for apartments.

The competition for housing is so steep in an already crowded market that juniors often begin looking for accommodations just weeks into the fall semester.

Coupled with the fact that Boston came in as the third most expensive housing market in the country, with the median one-bedroom rental price clocking in at $2,340 according to the national report released by Zumper, a real-estate rental startup, things look bleak.

This has been a particular problem for middle-class families who struggle to meet rent, as housing prices continue to rise, yet income has failed to keep up. Allston, however, came in much lower, at $1,800 a month. On average, BC has about 1,000 students living off campus.

BC has been proactive in its efforts to increase on-campus residency, obtaining permits to build 2150 Comm. Ave. and convert 2000 Comm. Ave., an apartment complex, into a residence hall. BC has also disclosed plans for further housing developments in its Institutional Master Plan.

Local real-estate firms are also beginning to dip their hands in the student housing market. Cabot, Cabot, and Forbes (CC&F), purchased vacant St. Gabriel’s Monastery in Brighton for $21 million. CC&F aims to transform the site into housing for graduate students.

The renovation will include much-desired amenities for students, including a gym, Wi-Fi, and parking and shuttle service to universities in the area.

The property is adjacent to St. Elizabeth’s Hospital and just under a 10-minute drive from Lower Campus. The project will provide between 400 and 500 housing units for grad students.

“The idea is to provide a housing option that gives an inducement for graduate students to live there and get out of the way of families trying to live in the three-deckers of the neighborhood,” Doherty said.

Doherty also expects the cost of rent for the two-bedroom units to be “materially lower” than the price tag of $4,000 for many newer apartments.

CC&F sees its latest housing project as an opportunity due to the explosion of graduate student enrollment in the city, a 47 percent increase from 1995 to 2010.

Despite trends in online education, increasing importance of post-secondary education suggests that enrollment will continue to grow at universities across the city.

The Allston-Brighton area houses the largest share of graduate students in the city. Private development of student housing has been hard to come by in the city due to its expensive land.

Developers will choose to finance large high-rise buildings backed by corporate tenants rather than residential. This is due to the fact that it is more difficult to screen each individual tenant occupying the building, especially college students, according to The Boston Globe.

According to a January U.S. Census report, the ownership rate in the city is slightly below 60 percent. That, coupled with record population growth in the city over the last 25 years, has led to a surge in rental demand.

In order to combat rising costs for students, Boston Mayor Martin Walsh, WCAS ’09, released the first comprehensive report on student housing trends in the city last April. The report placed a priority on making housing safer for students and increasing on-campus beds at universities in the city.

Boston, led by Walsh, has cracked down on students’ over-occupying apartments in the city. Last year, for the first time, over 30 universities submitted addresses of their off-campus students. Of the 25,000 addresses analyzed, the city identified 580 apartment units it suspected were overcrowded.

A 2008 zoning ordinance prevents more than four undergraduate students from occupying a single apartment. The Inspectional Services Department (ISD) checked the addresses for health and safety violations, according to the Walsh administration in a previous Heights article.

The school partnered with a private developer, American Campus Communities (ACC). ACC will construct and manage the building.

Because the building will be privately operated, it will not be included in the university’s housing lottery, and students must independently lease units.

Giving students access to more off-campus housing units should bring down rental costs and mitigate violations of the “No More Than Four” rule.