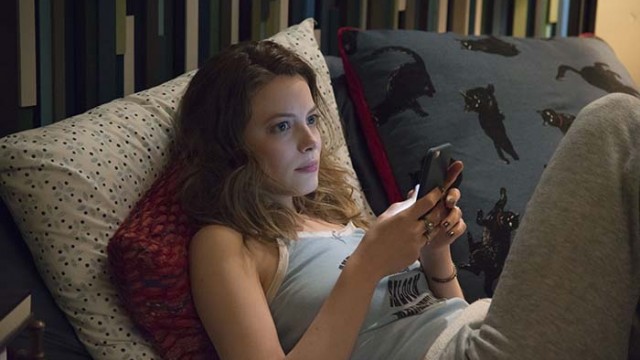 Love is patient, love is kind, and, as Judd Apatow’s new Netflix series would have it, it’s pretty weird too.

Love made its quiet debut last Friday. The first season contains 10 episodes, and a second season is already on its way to production and is set to arrive next year. Its formula realistically presents the formation of a relationship from both genders’ perspectives. It arguably succeeds in this presentation, but it is far from the most entertaining of Netflix’s original series.

The tension in typical romantic comedies generally lies in discovering how two seemingly incompatible characters end up involved. This rule holds true for Love. Gus, played by the show’s co-creator Paul Rust, a former writer on Arrested Development, is an on-set tutor for a bratty child actress. Gus is constantly pining to bring his spec script for one of its episodes to an executive’s attention. Mickey, played by Gillian Jacobs, who also starred as Britta on Community, manages a therapist’s radio show and struggles with her former relationship with a cocaine addict. Both are in their thirties and struggling to find real love.

At the show’s start, both characters are experiencing the fallout of breaking up. Gus moves out of his ex-girlfriend’s house to an apartment building full of older neighbors (including Dave Allen from Freaks and Geeks). Mickey forces her ex-boyfriend out and finds a new Australian roommate Bertie, played by the charming Claudia O’Doherty. Mickey and Gus meet while trying to determine what roles relationships should play in their lives.

At its core, Love is an exercise in showing what lies beyond first impressions. Gus seems geeky and stressed, but can, in fact, be surprisingly tender, even to the point of being a pushover. Mickey appears cool and confident—a girl that a guy like Gus could never hope to be with. But she can be uncharismatic and even manipulative. The only constant in Love seems to be that Gus and Mickey misjudge everyone around them—their coworkers, friends, and even themselves.

There is a strong audiovisual component to this hyper-humane take on the romantic comedy. The creators humble all interactions, including sex, to the point where nothing feels romantic. This quality follows the creators’ original intentions of humanizing the typical pedigree of love shown in romantic comedies, but the show suffers in tone from feeling ubiquitously awkward and blunt. It claims to be a comedy but doesn’t deliver many laughs.

Love sometimes feels, ironically, artificial, particularly in its insistence on the kind of self-reference that seems popular in Hollywood recently. In one of the first episodes, Gus goes through a box of Blu-Ray discs from his ex’s house. As he throws them out of the window in turn, he criticizes each for its unrealistic depictions of love—although Love parodies itself here when Gus criticizes Homeland for being as equally wildly unbelievable as the rest. The orientation of the characters in Los Angeles and especially Gus’ work on the set of a television show seem overly self-obsessed to the point that it feels like a viewer could sometimes miss inside jokes and meaning.

All of this is not to say that Love doesn’t still have its charming moments. For example, while Love frequently critiques modern phenomena like Uber and Blu-Ray, it’s pervaded by a quirky sense of anachronism. Letters morph and objects dance to the beat of the groovy title sequence, reminiscent of the opening animation of Grease. Despite its flaws and some of the discomfort that comes along with these sometimes unsympathetic characters and slow-moving plot, the show is still somehow utterly binge-able, as the dramatic tension festering in a somewhat-real relationship builds. The moments when Gus and Mickey have genuinely joyful exchanges are often well worth the wait.

Love is far from typical romantic-comedy fare and can feel dragging and relatable at times. But if you’re not looking for your average dramedy or want to try something new, give it a go—it may just latch onto your attention. 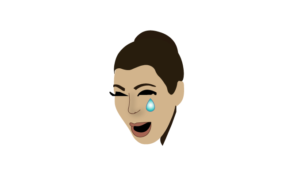