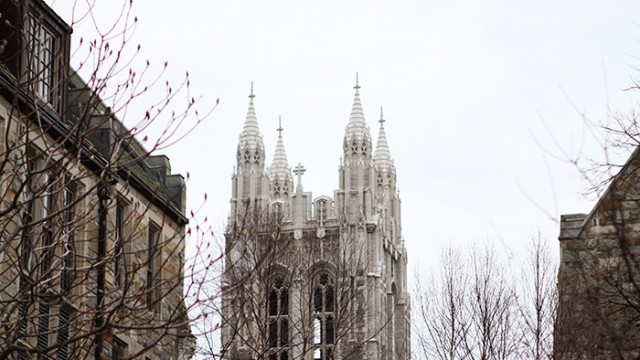 Student Initiatives and the Student Assembly, departments under the Undergraduate Government of Boston College, have been working to create Conduct Consultants. This semester, the pilot version took flight under the “Conduct Consultant Program” spearheaded by Dan Sundaram, MCAS ’16. The program is composed of a team of four students of the Undergraduate Government of Boston College.

“A big part of this is going to be transitioning it because in order for this to operate well you need several students who are willing to be references, considering there’s 1,400 write-ups.”

Olivia Hussey, UGBC executive vice president and MCAS ’17, explained the goal of this new initiative. When students get documented, the email that they receive to account for the documentation also provides another student’s name. This student is not on the student conduct board, but understands the student conduct system and can be a resource to whom that student can reach out in order to understand his or her rights and the process. Each building is paired with a student consultant, as of right now, and the program hopes to expand.

“That’s a lot of feedback that we heard. That students felt that they were getting, to some extent, tricked into things by not understanding the system or how it works,” Hussey said.

Hussey said that the group of students met in the beginning of the semester with the Conduct Board to more closely understand how it works.

“A big part of this is going to be transitioning it because in order for this to operate well you need several students who are willing to be references, considering there’s 1,400 write-ups,” Thomas Napoli, UGBC president and MCAS ’16, said, noting that Sundaram is a senior this year.

Napoli said that there is a lot of potential for the program to grow since right now its focus is on meeting with students who are documented to discuss their rights. Napoli explained that schools like Georgetown University have expanded with an entire Student Rights office. Offices like this serve as a place for students to report things they believe were mishandled, as well as offering professional consultants for the students, Napoli said.

Napoli said that the office at Georgetown is more professionalized and the services they provide serve as more of an advocate for their students, while the Conduct Consultant Program, in its starting stage right now, primarily functions to provide accurate information from fellow students to those who have been documented.

Hussey said that they hope that at some point, with continued efforts on conduct, they can get to a more holistic view with student rights initiatives, but they believe this policy is a step in the right direction.