Home » ‘Triple 9’ Wastes Its Talented Cast in Pursuit of Mediocrity 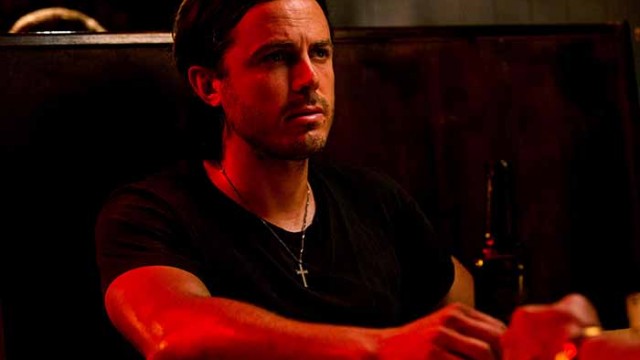 ‘Triple 9’ Wastes Its Talented Cast in Pursuit of Mediocrity

High energy, high action, high conflict—Triple 9 is, if nothing else, a high-octane thrill ride. Yet another installment to the genre of crime drama that seems to dominate American cinema, John Hillcoat’s film recounts the story of a band of corrupt cops and gang members blackmailed by the Russian mafia into performing a dangerous robbery. When the plan goes awry, the crew is forced to assassinate an unsuspecting Atlanta police officer in order to complete its job. As tensions mount, trust wavers, and each man must question who he can really trust.

It is from this premise that Triple 9 marches forward. If the above description seems rather difficult to follow, don’t worry—it will feel just as nonsensical in the movie theater, too. Hillcoat’s newest work suffers greatly from weak writing and a lazy plot, so much so that, at times, it can be exhausting to watch. Why does every single Atlanta cop converge on the scene when an officer goes down? Who was being horribly tortured by the film’s antagonists? What exactly is the mafia’s motivation in manipulating ex-Marine gang members? Why is Kate Winslet so bad at faking a Russian accent? These questions and more will plague viewers as they blindly grope in the dark for some sense of plot cohesion in Triple 9.

Frustratingly, where the writing of Triple 9 struggles, its actors and actresses struggle just as much. For such a largely talented cast, it is unfortunate to see so many wanting performances: Casey Affleck, well-known for his work in Interstellar and the Ocean’s trilogy, delivers a substandard, unrelatable performance as fresh-blood police officer Chris Allen. Falling right behind Affleck are Chiwetel Ejiofor and Anthony Mackie, who both feel incredibly out of place in their roles. Mackie in particular is a notably deficient villain—after solid performances in Marvel’s Cinematic Universe, his lack of conviction is disappointing. Playing to the same tune are Aaron Paul and Winslet, both dropping several levels below their typical prestige.

Despite his peers’ shortcomings, Woody Harrelson (as Sgt. Det. Jeffrey Allen) steals the show this time around. His character is very much the stereotypical pragmatic, “by-any-means-necessary” anti-hero, and though this brings nothing innovative to Triple 9, Harrelson performs with poise. Also coming out of the film’s woodwork is Norman Reedus, known for his central role in AMC’s The Walking Dead. Though tragically underused, Reedus manages to carve out a decent role despite the sloppy writing.

The saving grace of the film is its ability to build tension—when Triple 9 seeks to move the audience to the edge of its seats, it actually does so very well. First and foremost, the film proves that, when it comes to music composition, less can sometimes be more. The plot’s breaking point features almost no ambient music at all, which adds enormously to the scene’s air of terror. It is no surprise to see that Atticus Ross worked on the score, as Triple 9’s sound very much resembles his premier work, The Book of Eli. Adding to the tone as well, Triple 9 undoubtedly earns its R rating—numerous scenes of horrific, punctuated violence dot the movie, unflinchingly proving that Hillcoat does not fear making his audience ever-so-slightly queasy. Imagery, in fact, is the movie’s biggest strength: thematic visual connections, while no substitute for a cohesive plotline, do help to tie Triple 9’s beginning to its end.

Triple 9 is all bark and no bite. As shown by 2009’s The Road, Hillcoat is a wonderfully talented director. When he organizes the right ideas into a slick, energetic story, beautifully unsettling art is born. Unfortunately, Triple 9 does not deliver this time around: all potential energy, but very little kinetic, ironically.