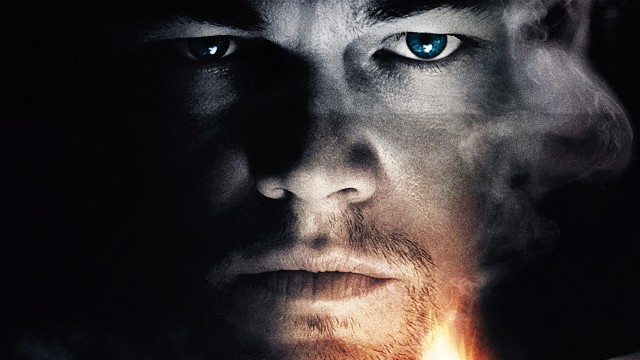 It’s a story of steadfast determination and commitment—a tale of harrowing torture to an inconceivable extent. This movie masterfully depicts one man’s admirable fight for survival in an extremely unforgiving environment. And no, it’s not The Revenant.

Leonardo DiCaprio delivered his best performance in the 2010 psychological thriller Shutter Island. Dissenters on RottenTomatoes.com be damned. It’s a twisted film wrought with deception, eerie anagrams, and cunning displays of razor-sharp wit—which all just happen to be integral parts of a complicated ploy to lure an insane criminal out of his illusory world. Shutter Island posed a daunting task for whichever audacious actor was brave enough to accept the role of esteemed U.S. Marshal Edward “Teddy” Daniels—the imagined persona of elusive mental patient Andrew Laeddis.

Well aware that accepting Scorsese’s ambitious film would be a mentally exhausting and emotionally taxing endeavor, DiCaprio tackled the challenge of becoming Shutter Island’s deeply troubled hero, all while successfully adding “trippy mystery-thriller” to his ever-growing list of film genres he’s appeared in. Add a bit of DiCaprio’s better-than-average Boston accent into the mix, and viewers were sold.

Sure, The Revenant’s DiCaprio was mauled by a bear, abandoned by his fellow huntsmen, and forced to get cozy in a horse carcass to keep warm. Big whoop. Laeddis witnessed his beloved wife spiral into insanity, drown their three children, and prattle on about treating the child corpses like life-sized dolls. If that wasn’t enough torture for one afternoon, he had no choice but to kill the woman he loved, was shipped off to a mental asylum, and unknowingly underwent a twisted psychological treatment aimed at getting him to relive the painful past he tried so ardently to repress. To make this performance convincing, the lead actor had to somehow convey that he had undergone this traumatizing series of events himself. At the center of this pain-soaked plot was DiCaprio, pulling the whole thing by himself.

Deeming Shutter Island  DiCaprio’s standout career performance is more than a mere claim or personal opinion. Instead, it’s practically an incontestable fact. At this point in his career, he had honed his skills as a versatile actor—playing Titanic’s hopeless romantic one moment and Catch Me If You Can’s con man the next. In Shutter Island, however, he perfected that recurring typecast of his that no one seems to get tired of—an intelligent, no-nonsense professional who checks his inner turmoil at the door and sacrifices everything for his cause.

Instead of reprising his role as yet another tortured, brooding man plagued by his own inner demons in Shutter Island, DiCaprio did something a little different—essentially, he had to play two of them. Deftly interweaving shrewd detective Teddy Daniels and unpredictable lunatic Andrew Laeddis, DiCaprio perfected the art of playing a split-personality protagonist. He navigated the complex premise, jumping seamlessly from one genre to the next in this mystery/action/horror/thriller flick with a bit of heart-wrenching romance tossed in for good measure.

It was a role that had the potential to go horribly wrong, and a character whose complex internal struggle was just as convoluted as the movie’s mind-bending plotline. Spin it just right—exactly as DiCaprio did— and the finished product is an astounding spectacle of emotion that pummels the audience with pathos, hitting ’em right where it hurts.

And then there’s that line—that glorious, enigmatic utterance tossed out oh-so-casually by DiCaprio just before his character is led away to get a big chunk of his brain lopped off. Its haunting delivery is more profound and evocative than the mere string of words itself. Deliberately driving an ax into the camaraderie he established with pseudo-partner Chuck Aule (Mark Ruffalo), Laeddis shatters any decisive sense of closure viewers had for the film’s conclusion.

Just after Ruffalo’s Chuck gives the go-ahead to lobotomize his partner, Laeddis ingeniously indicates that he might be a little more aware of his situation than he’s letting on.

Playing idly with a lit cigarette, Laeddis turns to his partner/doctor. “You know, this place makes me wonder,” he says introspectively, shooting Chuck a knowing look.  “Which would be worse—to live as a monster, or to die as a good man?”
Cue immediate heartbreak, and cut to ambiguous black.