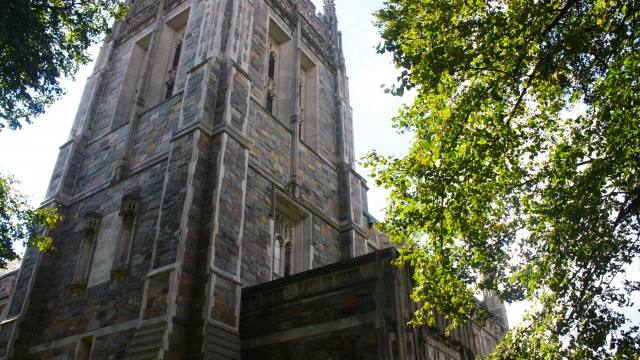 BC Professors Find Lack of Enrollment of Hispanics in Catholic Schools

Hosffman Ospino, a Boston College theology professor, and Patricia Weitzel-O’Neill, the director of the Barbara and Patrick Roche Center for Catholic Education, conducted the National Survey of Catholic Schools Serving Hispanic Families, which found that despite the growing Hispanic population within the Catholic Church, it still remains difficult for Hispanic families to enroll their children in parochial colleges. The duo plans to share its findings at the National Summit on Catholic Schools and Hispanic Families in September.

While most schools and universities have implemented programs and efforts to increase the enrollment of Hispanic students, not much progress has been made in the last two decades, the study found. With eight million Hispanic, Catholic, school-age children in the United States, only 300,000 are currently enrolled in a Catholic school.

“Supporting Catholic schools is a crucial role for a Jesuit, Catholic university like Boston College,” University Spokeman Ed Hayward said. “The new report offers unique insights from Catholic school leaders throughout the United States. Furthermore, the data developed and analyzed by the research team will initiate an important national discussion about how Catholic schools can better serve Hispanic families and their children.”

Ospino and Weitzel-O’Neill found that cost is one of the main factors in the stagnant rates of enrollment. They also found, however, that only 14 percent of Catholic school leaders and 12 percent of teachers identify as Hispanic.

“I want to see stronger Catholic schools that serve the new generation of U.S. Catholic in the best possible way in the twenty-first century.”

In addition, only 17 percent of schools have strategies implemented to recruit bilingual teachers. Out of these leaders and teachers, only 23 percent receive training about Hispanic culture and 17 percent about Hispanic ministry and theology.

Within the 1,488 Catholic schools who serve Hispanic families, 656 schools in 130 dioceses responded. Typically two or fewer people who identify as Hispanic sit on those schools’ boards of trustees.

Six out of 10 of schools, including BC, offer English Language Learner programs, which help people who speak another language become fluent in English. The team’s study found, however, that these schools do not often incorporate Hispanic culture into their curriculum or culture. Only 21 percent use Spanish and English for their prominent signage and only 25 percent of schools use culturally diverse and inclusive school symbols.

“As a Church it is time to recognize the advantages of school choice options, such as vouchers or tax credits and move forward as one larger entity to bring about this much needed social change. This study is just the beginning of a larger conversation regarding the future of the Catholic Church and our responsibility to educate the next generation of Catholic children, the majority of whom are Hispanic.”

Ospino and Weitzel-O’Neill’s study did find that several schools are attempting to make a closer connection with Hispanic Catholics. Out of the schools surveyed, 35 percent now share school prayer in both Spanish and English and 36 percent offer liturgies in at least partly Spanish.

In addition, a majority of the schools reported that about half of their Hispanic students receive need-based financial aid.

The study also found regional and geographical differences in their results, in which West Coast schools often spoke more Spanish.

“I want to see stronger Catholic schools that serve the new generation of U.S. Catholic in the best possible way in the twenty-first century,” Ospino said in an email. “Catholic education is one of the greatest commitments of the Church in this country and that needs to continue to be a marker of what we do as Catholics.” 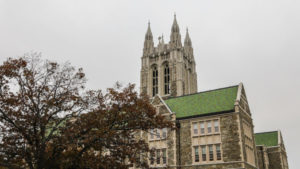