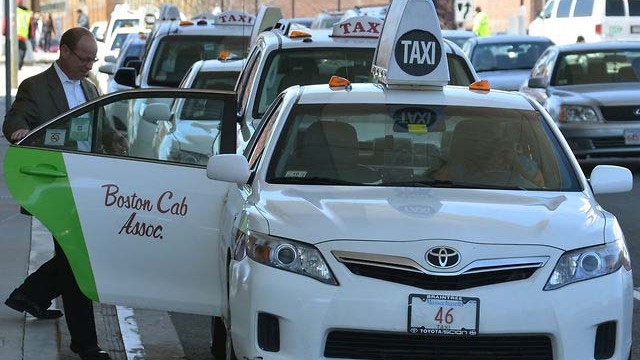 In a vote of 139 to 16, the Massachusetts House of Representatives finally approved the H.4049 bill, one of the most anticipated statutes of the legislative session, which would introduce a series of regulations on the ride-hailing industry that would affect both taxis and ride-sharing services such as Uber and Lyft.

The bill, which is awaiting approval from the State Senate and Governor Charlie Baker, requires drivers to undergo state certification and criminal background checks conducted by the newly established Ride for Hire division of the Department of Public Utilities. The bill additionally mandates that ride-hailing companies, formally referred to as Transportation Network Companies, conduct independent background checks. The state will prohibit drivers who have been convicted of driving while intoxicated, sexual assault, and other violent crimes. The bill requires drivers to clearly indicate when their vehicles are in service, and it prohibits “surge pricing” during emergencies. Further, the legislation compels the companies to invest a minimum of $1 million in insurance liability for every vehicle in use, in addition to specific coverage requirements for bodily injury and property damage. With these measures in place, Massachusetts would establish the most stringent background check system for the ride-sharing industry in the country, according to The Boston Herald.

The emergence of transportation network services has considerably shaken the taxi industry, which has demanded legislation that can level the playing field. The taxi industry contends that ride-sharing companies, including Lyft and Uber, operate with unfair competitive advantages. For instance, transportation network service companies can employ an unlimited number of drivers, not require their employees to be fingerprinted, pay less for insurance, and allow their employees to use their own vehicles. In contrast, taxi drivers are fingerprinted, have limited numbers, are required to pay between $6,000 and $7,000 a year for insurance, and must buy expensive medallions.

According to Boston College Law School professor Diane Ring, who has conducted extensive research on the ride-sharing industry, transportation network services raise issues that transcend several legal domains, including tort law. She said that H.4049 addresses the operational legal issues, upholds public safety, and attempts to clarify the legal requirements for the ride-sharing industry by making clear guidelines as to what constitutes a company and the responsibilities it has to uphold.

In the interests of the struggling taxi industry, the bill forbids ride-sharing companies from picking up customers at Logan International Airport, the Boston Convention and Exhibition Center, and taxi stops. It would provide the small taxi companies state-assistance funds for new technology, loan guarantees for new equipment, and financial consulting.

The legislation does not limit the number of transportation network services vehicles on the road, however, nor does it subject ride-sharing drivers to the same degree of fingerprinting requirements that is customary for taxicab drivers.

The issue of background checks became especially relevant after Uber driver Jason Brian Dalton’s shooting rampage in February in Kalamazoo, Mich., and after two women were assaulted by their Uber drivers in the Boston area. Although Uber currently has a Social Security number-based background checks in place, all three of the attackers passed the company’s background checks and did not have legal records.

Uber and Lyft dispute that fingerprinting would be discriminatory to applicants who were arrested but not convicted. It would also discourage drivers from working with the company due to the inconvenience and expense associated with fingerprinting. The city has already started the process of collecting an estimated 6,000 licensed taxicab drivers’ fingerprints, and the process is extremely efficient and quick, according to the Boston Police Department. Despite Boston Police Commissioner William Evans’ resilient support of the fingerprinting provision, legislators left out the provision at the last minute.

Uber Boston’s general manager, Chris Taylor, released a statement against the bill, writing, “Ride-sharing companies like Uber have moved millions of people and helped tens of thousands of driver partners earn money on a flexible schedule. As it is currently written, this bill presents…challenges that obstruct innovation and hinder an emerging industry that has had positive economic impacts on communities throughout the Commonwealth.”

According to the ride-sharing services Uber and Lyft, many of the requirements, such as the mandatory certification process and car inspection separate from the standard annual inspection that all car owners must undergo, would deter other car owners from joining the company and cause current employees to leave the company. Uber has in the past ceased operations in communities that have introduced regulations that it deems unfair, particularly fingerprinting requirements. In an interview with The Boston Herald Radio, Chris Taylor did not elaborate on Uber’s future in Boston. Taylor declared, “If you look at a lot of Uber’s history and where we’ve walked through regulatory processes and markets, its typically never a single issue. If you look at this whole bill, it’s touching everything from pricing to how drivers come on to the system to how the state interacts with us. It’s a whole suite of issues, so it’s really not one issue in isolation.”

A spokesperson for Baker told The Boston Globe that the governor thinks the bill will protect public safety while allowing for economic growth. Baker considered this legislation one of his priorities for 2016. The Senate is committed to reserving enough time for the two branches to negotiate a compromise on certain provisions before the legislative session ends on July 31.