Home » The Future is Now: #techstyle Showcases Innovation in the Fashion World 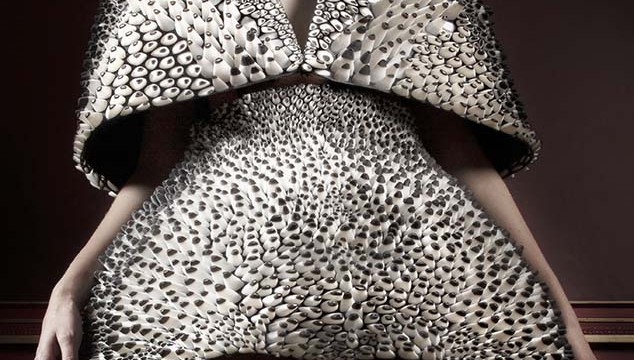 The Future is Now: #techstyle Showcases Innovation in the Fashion World

When people imagine the clothes of the future, they might picture gleaming white jumpsuits and sleek silver boots. But the Museum of Fine Arts’ #techstyle exhibition reveals a more realistic vision of what the future wardrobe might include, and than vision is even more exciting that the thought of skin-tight jumpsuits and chrome footwear.

Opened to the public on Mar. 6 and running through July 10, #techstyle was curated by Pamela Parmal, the chair of the MFA’s department of textile and fashion arts, Michelle Finamore, the curator of fashion arts, and Lauren Whitley, the senior curator of textile and fashion arts. The exhibition features the astounding work of 33 designers who explore the fascinating interplay between fashion and technology, including pieces from famed designers such as Alexander McQueen, Rei Kawakubo, and Iris van Herpen, as well as pieces from lesser known designers such as Elvira t’Hart and Noa Raviv. Housed in the MFA’s Foster Gallery, #techstyle spans two rooms and a connecting corridor, which neatly splits the exhibit into its two parts: Performance and Production.

The Performance section focuses on interactive clothing, such as a delicate dress that responds to sound by Ying Gao, and the CuteCircut MFA Dress by CuteCircut, which is a floor-length ball gown embedded with colorful LED lights that are controlled by a nearby iPad. Displayed in a dimly lit room with videos of the clothing in action projected onto the walls, the Performance section offers a glimpse into the future, where clothing and fashion defy traditional expectations and are merely an extension of the wearer.

The Production section explores how designers have harnessed technology in their designs through techniques such as 3D printing and laser cutting. Works, such as Victor&Rolf’s Wearable Art Dress, are displayed on tiered podiums in a more brightly lit room, which allows visitors to appreciate the intricate details of each garment. The star of the Production section is the Anthazoa 3D Cape and Skirt, designed by Iris van Herpen and Neri Oxman, who works at the MIT Media Lab. Although composed of the ridged plastic from a 3D printer, the stunning ensemble looks like it was pieced together from delicate sea shells, lending it a unique interplay between strength and fragile beauty. This dress, acquired in 2013, was the seed from which the whole exhibition grew.

“When we got the dress we started thinking more broadly about fashion and technology,” Parmal said. “So we realized that Boston was actually a real hub for technology, and so that maybe this was a direction that we should begin taking the collection, acquiring more pieces, technology related.”

Their first idea was to a symposium, to bring people together to discuss the current kind of synergy between science, technology, art, fashion, all of that. Then began to explore more of what was being done and decided to do an exposition.

After much discussion and a few trips to London, the exhibit took shape, and Parmal and her joint curators were able to focus in on their vision and the specific pieces they wanted to feature. Given that Boston itself is a very tech-centered city, they made sure to include a focus on Boston-based designers, such as Nervous System and CuteCircut.

This emphasis on Boston based designers will highlight the growing synergy between science and fashion that exists within the Boston community, as well as the global one, Parmal said, noting that the exhibit’s emphasis on the relationship between designers and scientists will reveal that it is unlike anything that has existed in the past, and contains an exciting new creativity that is redefining fashion.

Parmal hopes viewers will come away with a sense of optimism regarding the current intersection between technology and fashion. Although these innovations may seem mind-boggling at first, they highlight the creativity in the world, and the growing link between the scientific community and the world of fashion.

“Clothing will no longer just be something you wear,” said Parmal. “There’s this interactive component that’s becoming more and more important. Whether it has solar panels embedded in it and you can charge your cellphone, there’s this other function that is gradually being introduced into clothing … I think clothing, the way it’s developing, is going to take on new functions, new uses which is going to be interesting to see.” 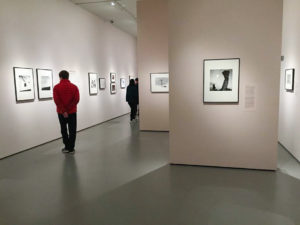 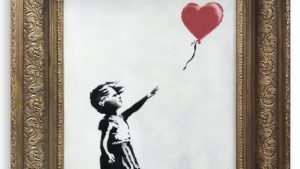