Home » Anthony Jeselnik – Nothing is Sacred 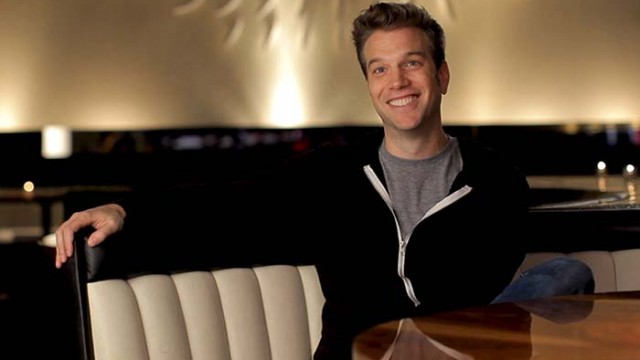 Anthony Jeselnik – Nothing is Sacred

Comedy is threatened by political correctness. As they often straddle the edge of what should and probably should not be said, comedians test the social boundaries that ordinary people would not dare cross. Though we may gasp, thinking, “How could they say that?” better judgement usually takes root and we realize it was just a joke. It’s just words. Sticks and stones, right? Today, things are a little different. A movement has amassed of  people seriously policing words, dictating what can and cannot be joked about. The masses must cater to the sensitivities of the few. This is the essence of PC culture. This notion threatens not only the fabric of comedy, but the fabric of free speech. But for one man, there is no such thing as too soon. Nothing is off limits. Anthony Jeselnik hits us with a humor so dark, audiences do not know whether to laugh or cringe. His brand of comedy wields a wit so sharp that it cuts through the facade of “family-friendly comedy” and embraces a comedy as dark and morbid as the world we live in. Real comedy has an edge. Jeselnik is dark. He is mean. He is ruthless. He is just what the world needs right now.

Jeselnik is a master at his craft. His brand of comedy champions one-liner jokes that are expertly forged to steal laughs from audiences with his brevity. Jam-packing content into each joke, Jeselnik crafts a self-contained story that ends as quickly as it began. Much like Steven Wright, Mitch Hedberg, or Demetri Martin, Jeselnik’s jokes often find their punchlines in a single word or phrase. His speech is directional, making audiences think one thing, then ending in a darker place than anticipated. He has honed his skills well as an artist. He remains one of the best comedians because he finds ways to make a joke that embraces elements of subversion. He achieves this through his impeccable timing and delivery, as audiences slowly follow his every word until they are hit with the punchline they never saw coming.

“I had to go to Catholic school when I was a kid. Hated Catholic school. […] The nuns were vicious. They would hit me with a ruler. Slap me in the face. Anything,” he continues, “…to defend themselves.”

As he begins to mercilessly jab at taboos, he does so in a pointed, precise way. In this manner, Jeselnik challenges audiences by leading them down paths they might not expect or want to find. His jokes may garner visceral reactions, as he tugs at uncomfortable conventions or off-limit subjects. He grasps that there is as much of an emotional component to comedy as there is a cerebral one.

When joking about subjects often deemed inappropriate, off-limits, or genuinely unfunny, Jeselnik looks to these topics as challenges. He will joke about death, violence, molestation, rape, murder, disfiguration, religion, or any combination thereof. In joking about these things and garnering big laughs from them, he explores a human fascination with the obscene and crude. We ask “How could he?” and he asks “How could we?”. In his latest Netflix stand-up special Thoughts and Prayers, Jeselnik elaborated on his process of finding the funny side in tragedies or otherwise off-limits topics in the world and in his own life.

What purpose does a comedian serve other than to bring about laughter? Jeselnik does not speak safely and his brand of comedy does not care who or what is the butt of the joke. His comedy resonates with the impurity in the world and states adamantly that terrible things and atrocities will not bring us down or depress us, but will make us laugh. Comedians like Jeselnik allow for that to happen. As he cleverly forms a joke and delivers it, it is up to the audience to take it for what it is. Will they take what Jeselnik says as jokes, or be offended by his content?

Jeselnik is the best kind of comedian because he tells jokes that linger in your mind. His jokes stay with you and challenge you. Though he may take you to dark places, Jeselnik’s ego, delivery, and cleverness will have you smirking. In the Thoughts and Prayers special, he says it best himself when explaining why his kind of comedy stands on top. It’s not about mental sanitation, political agendas, being PC, or appealing to everyone. It’s about comedy.

anthony jeselnik
Louis C.K. Delves into Deep Conversation with Day-Drinkers in ‘Horace and Pete’
Reminiscent of the Theaters of Ole