Home » Chaplin is in the Building: How Silent Movies Still Hold a Spot in Our Hearts 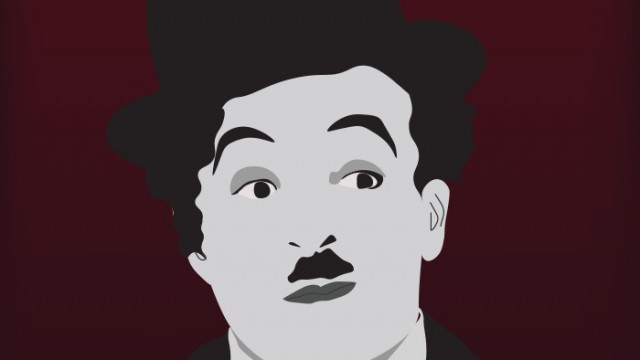 Chaplin is in the Building: How Silent Movies Still Hold a Spot in Our Hearts

Few times in our lives do we get the chance to be truly transported into an era of old and feel perfectly in place. As I walked into the theater, popcorn in one hand and a cup of coffee in the other (yes, coffee in a theater, I have a problem, ok?), the whole setting opened up in front of me as if I had just stepped into the 1910s. Seats were all filled. Everyone at the Coolidge Corner Theater was there for the same thing, a special presentation of silent film, The Sounds of Silents.

Silent movies saw their heyday in the late 1910s and early 1920s, before the time when the technology to set a soundtrack for moving pictures existed. In that time, actors like Charlie Chaplin, Buster Keaton, and Roscoe Arbuckle became the predecessors of today’s A-listers. Chaplin in particular had enough pull at the box office that the mention of his name alone would sell out a theater.

The Sounds of Silents did more than pay tribute to these stars of old and entertain an audience for a few hours—movies like these brought viewers into a golden age of comedy where the actors could spark laughter with nothing more than their facial expressions or peculiar actions. Moreover, the theater brought the films to life by performing live compositions courtesy of the Berklee Silent Film Orchestra.

The three movies on display seemed to fly by due to their incessant stream of good-natured humor that, when combined with new compositions from the orchestra, created an atmosphere in which nothing beyond the walls of the room I was sitting in mattered. I felt as though if I got up, I could just walk into the film and sit on one of the rides at Coney Island.

The fact that something like this exists in the city is a testament to the Theater’s desire and drive to display the great features of a time long past, almost as a tangible time capsule, and show the new generations not only how individuals lived but also how they spent their leisure time.

The Coolidge Corner Theater is one of the few places in the city where individuals can go and experience, not see, history. In such a historically relevant city, I wish a larger variety of establishments like this one existed.

Coming to the area as a college student having lived in places that greatly differ from Boston, I have tried to take all that the city has to offer, and being able to wander into a different century definitely ranks high on that list.

But as the city constantly modernizes, it faces the danger of losing that which makes it such an attractive and significant destination: its character. Brownstones are being replaced with high-rise apartments, office buildings, and subway stations are being remodeled. But Boston must not lose sight of who it is: the cauldron of liberty during the colonial period, and the catalyst of progress due to its countless universities.

That being said, I am not against development and progress, just one that plays homage to what the city is supposed to be. One prime example of this was the decision made by the Red Sox in 2003 to renovate rather than replace Fenway Park. To lose such an iconic feature of the city would have been catastrophic.

Through all this, a much-maligned feature of Boston serves as much as a reminder of the “old” Boston, the T. It’s the rolling anachronism of the subway system that, given its downfalls, still provides the city that “It” factor it still desperately needs and deserves.

Looking back on the first time I visited Boston, the T was the feature that stood out to me the most since I had never seen anything like that before. I hope that in the future, visitors are still able to come away with similar feelings about the uniqueness of the city and are able to experience history in the same way that I have been able to in my time here.