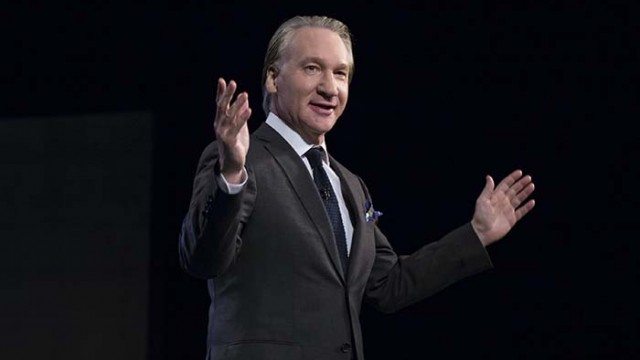 Watching commentators from the powerhouses of the 24-hour news cycle (CNN, MSNBC, and FOX News), it is often easy to gloss over the many factors belonging to any issue at hand. Shows like The O’Reilly Factor and The Rachel Maddow Show are imbued with a certain opinion by their hosts. The hosts of these shows speak well and with authority, making it easy for viewers to be sucked into a certain way of thinking without critically analyzing issues themselves. With this thought in mind, it’s becoming more important for news outlets and commentators to facilitate a discussion between analysts holding a wide range of beliefs and ideals. Real Time with Bill Maher has long been such a program and continues to adapt itself to fit in the volatile political landscape. No conversation, on the other hand, is without its flaws.

As a host, Maher is one of more intricate, intriguing figures in late-night programming. Maher, a Libertarian, often appears to side with the liberal-leaning view on most topics the panel discusses, but he also has views that go against more conventional liberal ideals. For example, Maher is extremely against religion. Sure, he would say that you should be able to practice whatever you want, but he attacks the idea of organized religion at least once on every episode, usually in a very aggravated tone. Maher is also extremely against political correctness and has recently spent segments of his program bashing examples of social hypersensitivity, talking with Jerry Seinfeld about avoiding performing for sensitive college students or lampooning kids that felt threatened by Donald Trump supporters at their school.

These biases that Maher manifests can be expressed in blunt, inaccessible terms, and Maher’s guests often disagree with his thinking. This conflict leads to intriguing discussions that a less opinionated host would never find himself in. Late-night hosts like Trevor Noah or Stephen Colbert cannot really delve into religion’s role in the conflict in the Middle East, and though one might not agree with Maher’s views on the subject, his thinking introduces the topic to a panel of critical, sophisticated analysts that further the conversation in a meaningful way. That’s what’s so interesting about Real Time—no one has to agree with Maher to walk away from the program with some meaningful insight. The program’s nature (mainly the weekly panels) allow for a conglomeration of ideals that could appeal to almost any viewer.

Taking a brief moment of his program to address the recent brouhaha in the media over Ted Cruz and Trump’s “attacks” on each other’s wives, Bill Maher said that the media exhibits, “a complete lack of self-awareness that they are the problem.” Though he only focused on the Cruz/Trump debacle for a minute or two, Maher tried to clarify why his program could discuss similar issues but programs on MSNBC and CNN shouldn’t. “They’re news networks,” Maher stated, “this is an entertainment program.”

This scene is emblematic of a problem that has spread throughout the late-night political satire programs. Maher and other comedians (Jon Stewart and Colbert) hide behind their satirical set-up when they see fit, but often use their programs to have meaningful political discussions that these hosts take rather seriously. When Maher goes off on a crusade to get Democrats to use the phrase “Islamic Extremists” to describe terrorists, he needs to acknowledge that he is trying to have a credible voice in political discourse.

Aside from this hypocrisy that rears its head every once in a while, Real Time with Bill Maher continues to be a vessel for compelling political discourse about the week’s news. Maher’s panel of three commentators, often consisting of politicians, activists, and celebrities, consistently provides a wide basis of viewpoints contributing to Real Time’s discussions. Whereas in the past it has seemed as though some of Maher’s guests, like Ann Coulter, have been invited on Real Time so that Maher can take shots, it appears that Maher has recently made an effort to have level-headed, accessible commentators from both sides of the political spectrum.

Maher is the master of his unique program. He understands how to guide his panel’s conversation and how to challenge guests into critically thinking about the topic at hand.

Especially with the 2016 election right around the corner, the types of discussions happening on Maher’s program are necessary and substantive. Though his opinions are clear and he doesn’t shy away from saying what’s on his mind, Maher never lets his personality take over a conversation, at least for too long. In today’s confusing, debilitated political apparatus, Real Time remains a haven for honest political debate, thanks to the range of opinions invited to participate in the conversation.