Home » Rising Above the Sidewalk Worms 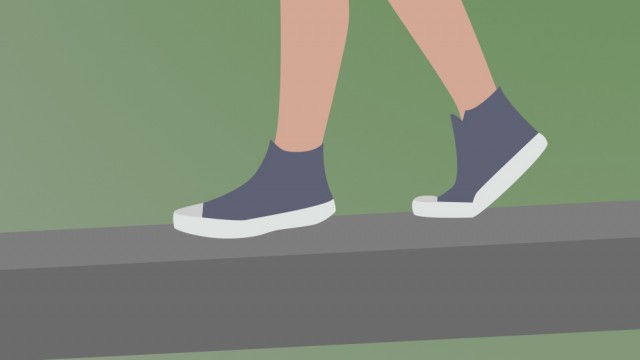 Rising Above the Sidewalk Worms

I don’t like to look at the sidewalk after rainstorms because of the dying worms. If I see them on the ground, wriggling helplessly, I feel obligated to move them. And the second I kneel to reach one worm, I spot another in a similar predicament. It once took me 10 extra minutes to get to the Plex because I continued to discover worms in distress. I do this even though I know that inevitably, we all die—worms far more quickly than humans. A worm that I move at noon could easily be dead by 12:03 from any number of causes. It seems like a futile attempt, and I struggle with that decision every time it rains.

Partially, my feelings are founded in compassion. I was a vegetarian for nearly five years. I based that lifestyle on the belief that if I could avoid causing harm to other organisms and still live a well-balanced life, I should do so. I’m not a vegetarian anymore, but that philosophy hasn’t changed. It’s illogical and possibly immoral for me to prevent the natural course of life and death, but to some extent, I also realize that life should be appreciated. And if moving one worm from the sidewalk to the grass nearby means that I’ve reduced the possibility of an unnecessary death, I think that’s an action worth taking.

And, I want to maintain my identity. I’d rather be ridiculous and compassionate than risk becoming practical and callous. It’s important that I consider myself a good person and an individual. I’ve been taught to believe that the leaders of tremendous social change, the great writers and revolutionaries, are the oddballs who embrace their oddities. I like to think there’s something great in my saving the worms, in particular because the task seems so worthless.

But to some extent, I have to decide the healthy limits of my beneficence. I can stop and move one worm from the sidewalk, or maybe two, or maybe three—but if I’ve stopped 10 times to move worms from the sidewalk and I’m missing class as a result, I’ve begun to act against myself. And if I’m focusing so much on the worms around me, might I run the risk of neglecting a greater issue? Staring at the ground means I’m not looking at the world around me. If I run to one extreme in service, however well-intentioned, I run the risk of later swinging to the other extreme. Some days I spend a few minutes helping out the worms—and other days I don’t bother to think about them.

The struggle here isn’t about lack of interest or empathy, but rather about sustaining the two. It’s a problem that, at least at first glance, doesn’t seem to concern BC students, considering our tendency to serve. Most of us are involved in some form of service, if not several: Arrupe, Camp Kesem Chestnut Hill, St. Joseph Project, Jamaica Magis, 4Boston, APPA, BC Bigs, Campus School, and PULSE, to name a few. Competition is often fierce for these opportunities because so many BC students genuinely desire to serve. And graduating from BC doesn’t necessarily mean that we graduate from these commitments—many BC students join the Jesuit Volunteer Corps, the Peace Corps, or Teach for America. As far as service is concerned, we millennials appear to be cresting the wave.

But there’s another side to this, as well. I’ve seen one service organization at BC peak at 40-50 active members on a single day—and now, a year later, maybe half a dozen show up. With all of the service-oriented organizations I’ve joined on campus, I’ve noticed a tendency in the student body to be intimately involved at times and notably absent at others. In opening ourselves up to new perspectives, personalities and connections, we make ourselves vulnerable to pain and joy alike. That’s to be expected. What we don’t expect is the numbness of boredom. And irritating fellow volunteers. And distractions. And personal problems that make working at the soup kitchen seem unimportant. The honeymoon period fades, and we struggle with our relative weakness in the face of a hugely complicated world. As we become more accustomed to service, whether it be charity or justice, we see with less idealism and more practicality: the social situation is a snarled mess of knots, hardened by rain and time.

A real relationship requires effort and perseverance. It has sustenance, and because of that sustenance, it doesn’t always have an exciting or even enjoyable taste. In fact, it might not have a taste at all. At that point, when the service has lost its stimulation, we’re forced to consider whether our motivations are strong enough. How much do we care about kids whose parents have cancer? How willing are we to field the seemingly endless calls at a suicide center? Like in any relationship, the spark of service can be revitalized and even made stronger by committing ourselves to those being served. Regardless of how we feel, the priority of service generally remains the same: the individuals being served, not those serving. It’s great that I may feel better about myself for giving someone a sandwich, but that act isn’t about making me feel better—it’s literally about feeding the other person. If my actual intention is to improve my mood or opinion of myself, then my relationship with service will most likely prove an ill-fated one.

Our relationships with service are essentially relationships with the people being served. I might not be able to consistently connect with the issue of homelessness, but I can strengthen my connection with Alex at his corner outside the Boston Public Library. Volunteering at the same place consistently, making personal connections, and attempting to understand people through varying perspectives is what reminds us of the worth of service.

The worms wriggling on the sidewalk bother me for many reasons, but what upsets me most is the knowledge that I can become used to them—they can easily become sliding lines, lifeless as the rain. When I came to Boston for the first time, I would worry about every person I saw sleeping on the street. Now I find my eyes sliding past them. I used to care too much, and then I cared too little, and now I simply forget to consider them. We can’t account for every creature, so maybe it’s best that we forget the worms. But humans—shall I state the obvious?—are not worms. We’re the most conscientious species, the only one that can boast of being more than animals. In forming relationships and honoring them, we assert this humanity: both in ourselves and in those we serve.